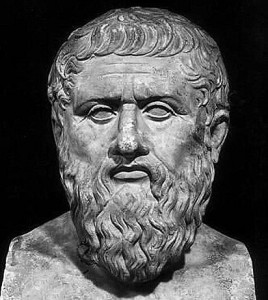 Censorship for the children

In an age in which freedom of expression is revered as an undeniable right, Socrates’ suggestions about education in The Republic seem to violate the basic principles of liberty and freedom. “Then we must first of all, it seems, supervise the storytellers. We’ll select their stories whenever they are fine or beautiful and reject them when they aren’t,”(377c) suggests Socrates. A modern-day person will most certainly brand this as unwarranted censorship. However, I believe that modern-day educators can learn something important from Socrates.

Childhood is a critical period in a person’s development. Values, principles, and habits developed in this period persist throughout a person’s lifetime. According to Socrates, “it’s at that time that it is most malleable and takes on any pattern one wishes to impress on it.”(377b) A child’s moral sense is not fully developed; he or she sometimes cannot distinguish the good from the bad. Consequently, it is completely logical and reasonable to expose children to the good and justice, and deny them access to the bad and evil. With the advent of the Internet, children can easily access billions of webpages, images, and videos. A child can easily pick up any bad habit or principle off the Internet; the opportunities are endless. As a result, carefully censoring the Internet for children is a necessity.

To rid the world of evil, you don’t work with adults who have already developed their values and principles, but with children who are developing theirs. The world would be a much better place if every single child was raised in an environment that promotes justice and goodness.

At this time last year, I was struggling to complete my college applications. I was was prompted to ask myself: what was I good at? What should I apply myself to? What would be my role in society? I didn’t know what to respond.

Socrates, on the other hand, has an answer these questions END_OF_DOCUMENT_TOKEN_TO_BE_REPLACED

What’s the problem with education?

Book II of Plato’s Republic includes a conversation between Glaucon and Socrates, in an attempt to the get to the heart of what justice/injustice is. To accomplish this, Socrates leads Glaucon down the concept of a city, and tangents off into explaining things that a city needs not only to be healthy, but luxurious as well(373b).

On explaining the role of guardians in a city, Socrates go END_OF_DOCUMENT_TOKEN_TO_BE_REPLACED

After reading the dialogue from  Plato’s Republic, I have found myself disagreeing with certain aspects of Socrates’ arguments. Particularly, Socrates makes claims about people that are black and white, but in reality people tend to exist in the grey area. END_OF_DOCUMENT_TOKEN_TO_BE_REPLACED