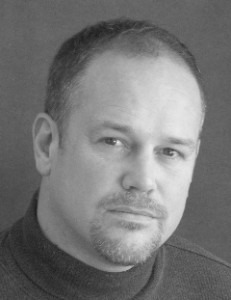 Mr. Howard began his career as a fellow at the Tanglewood Music Center, when his performance of Bob Boles in the 50th Anniversary of Benjamin Britten’s Peter Grimes brought him to the attention of famed conductor Seiji Ozawa. Further operatic successes include Tamino in The Magic Flute, Ferrando in Cosi fan tutte, Rodolfo in La Boheme, Beppe in I Pagliacci, Count Almaviva in I Barbiere di Siviglia, and Peter Quint in Britten’s Turn of the Screw and Albert in Albert Herring. He has performed at various festivals including Spoleto, Chautauqua Opera, The Ohio Light Opera, Tanglewood Music Festival, and Breckenridge Music Institute.

Mr. Howard brings depth and excitement of an expansive repertoire to his solo recitals, handling the florid style of Bach and the fragmented tonalities of Britten and Menotti with equal aplomb. This season he will be touring with pianist Dr. Lee D. Thompson performing the recital “Songs of Struggle and Hope” featuring songs by various composers.  In addition to the recital, Howard will perform concerts on Emory’s campus including “The Bach Bowl” in February and a concert with the Emory voice and piano faculty in a concert at Emory’s Carlos Museum.

Mr. Howard’s concert engagements have included a long-time collaboration with the Atlanta Symphony Orchestra.  As soloist with the ASO, Weill’s Seven Deadly Sins, Beethoven’s Choral Fantasy, Christmas with the ASO, and, most recently, Saint Saens’ Samson and Dalila are among these performances.  Recording credits include the ACA Digital production of the Atlanta Opera’s Mozart Requiem and Telarc’s La Boheme with the Atlanta Symphony Orchestra.  Among other recent works he has performed are Mozart’s Requiem, Haydn’s Creation, Handel’s Messiah, and Bach’s St. John’s Passion.

A noted educator, Mr. Howard’s students have been accepted to undergraduate and graduate programs in voice performance and musical theater at The Julliard School, Manhattan School of Music, Oberlin, University of Cincinnati (CCM), The University of Michigan, The Florida State University, Elon College, Carnegie Mellon, NYU, Roosevelt, Bard College, Indiana University, and many others.  They have been accepted and participated in young artist programs such as Interlochen, CCM Opera Boot Camp, Amalfi Coast Music Festival, Houston Grand Opera’s YAVA, Castleton Festival, and many other local and international summer opera programs.  His students consistently place as finalists in young artist competitions such as NATS auditions.  Recently, he taught at the Amalfi Coast Music Festival in Maiori, Italy.

Mr. Howard’s Bachelor’s and Master’s degrees in music and voice from Baylor University and The University of Cincinnati opened the doors to America’s musical stage.  At UC he earned his M.M. in voice working with Professor William McGraw, and B.M. in voice at Baylor working with Dr. Joyce Farwell.  Mr. Howard is an active adjudicator and clinician and presents master classes and clinics nationally.