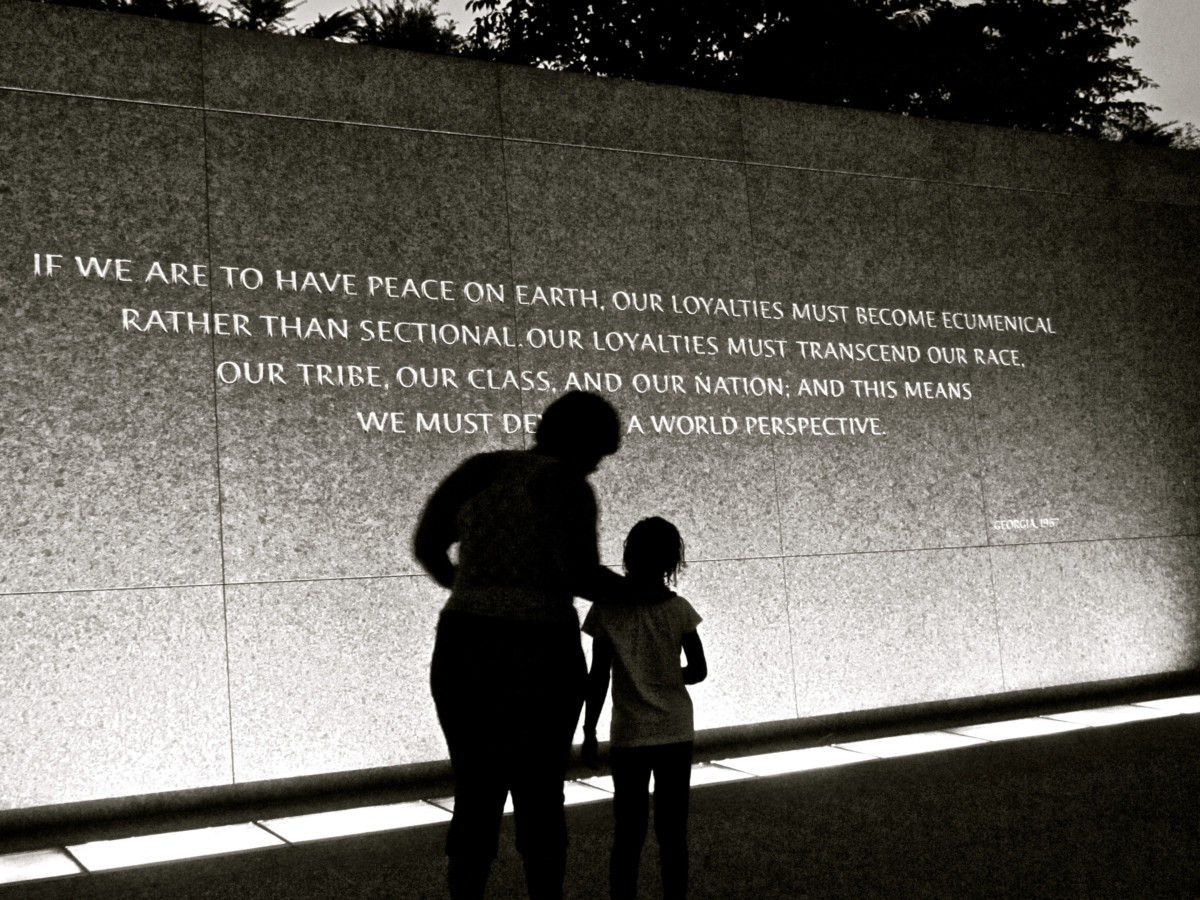 Sunday, September 20, 2015, I preached as the pastoral candidate of the Historic Shiloh Baptist Church of Alexandria, Virginia. The sermon was entitled “It Doesn’t Make Sense,” taken from Job 1:20-21. The sermon began with a prophetic impulse that spoke to a few contemporary social ills that adversely affected the African American Community (please see the sermon link below).

One influential church officer exclaimed that as I began the sermon she thought, “Oh, this is a Morehouse Sermon!” Being a graduate of Morehouse College I was flattered but intrigued. My intent was to employ prophetic speech in the sermon that connected with the congregation. It was preaching in the vein of the Rev. Dr. Martin Luther King Jr., a graduate of Morehouse. However, I made an ignorant assumption. I spoke from my own socioreligious experience without understanding the context to whom I was ministering. I was preaching to an African American church who wrestled with the divided mind between piety and public witness.[i]

Thank God I was elected pastor. But her comment revealed that I did not know the culture of the congregation. Yes, Shiloh is an 1,100 member predominately middle-class, African American congregation, but its racial makeup is evolving. Due to gentrification in its surrounding community in Alexandria VA, Shiloh is increasingly becoming a multiracial and multiethnic congregation (85% African American, 5% White, 5% Southeast Asian, 5% Ethiopian). Thus, my project—what is prophetic preaching that is pastoral, whereby it considers everyone in the congregation?

For prophetic preaching to be effective it must be pastoral. I define pastoral prophetic preaching as God-summoned speech with divine intentionality that challenges the congregation to raise its consciousness to see and hope for an alternative vison of God’s future.[ii] It happens when mutual trust and respect between the pastor and people exist so that the congregation receives proclamation that brings people face to face with the human tragedies of life.[iii] It is communal and conversational preaching infused with imagination and compassion. This type of speech is epitomized in the ministry of Jesus Christ. In Jesus there is a congruence and unity whereby Christ nurtures those he encounters into an amalgamated awareness of who they are and who they can become.[iv] Jesus shows us that it is possible to be prophetic and pastoral in the same time, especially when preaching. Jesus made no distinction between prophet and priest in his ministry. Pastoral prophetic preaching is preaching that speaks to every arena of life. A two-pronged hermeneutic can help facilitate this type of proclamation.

Spiritual and Cultural Hermeneutic of Love

Pastoral prophetic preaching should be motivated by love for God and for God’s people. You can encounter God’s unyielding love for you and the world through the spiritual disciplines of prayer, meditation and devotional reading of Scripture. Through prayer the Holy Spirit ignites a passion for God’s love by proclaiming truth. Through a meditative, devotional reading of Scripture or the “inward journey,” you can experience the gift considered to be the purest form of love—the love of God in Christ Jesus.[v] In meditation and meditative reading God increases our imagination incarnationally to teach us about the world God desires.[vi] Studying Scripture is incarnational too. Through it one experiences God and is changed as one interprets what is read.[vii] It must be noted that spiritual disciplines are not mere exercises to support preaching. They are essential for the life of anyone who desires to discern the will of God. This is the spiritual hermeneutic that the pastorally prophetic preacher must embrace.

Moreover, a pastorally prophetic preacher must employ a cultural hermeneutic to aptly ascertain the multiple dynamics that coexist in the life of the congregational community. In order to preach prophetically you must know the history, tradition and culture of the worship community to whom you preach. My first blunder at Shiloh was the opposite of this. I failed to realize that preachers construct sermons from a particular setting within a milieu of cultures and subcultures. [viii] The pastorally prophetic preacher must understand one’s own hermeneutical lens (self-exegesis) in addition to those within the congregation. By understanding the culture of the worship community, you help establish healthy, compassionate and most importantly, loving relationships between pastor and people. Love at the heart of the approach to prophetic preaching makes this practice a theological one and not merely a practical one.[ix]

Using prophetic movements within a sermon convey love and care for the congregation. It exemplifies the importance of understanding the tenor of the congregation to whom you preach. Sermons are powerful when the breadth of its focus is prophetic (see the sermon “Divine Alignment,” Nehemiah 5:14-19, below).

The point is that the pastor has liberty to choose multiple entry points to be prophetic. Remember, the goal should not be to create a prophetic event, but a prophetic culture where the community is engaged and energized to move in history with God, thus creating an alternative community that fosters fresh forms of vitality and faithfulness for prophetic witness.[x] (To witness a prophetic move when attending to the text, see the sermon “Principles of Resistance: No Compromise,” Nehemiah 6:1-4 at the 12:34 point in the sermon below).

Additionally, pastoral prophetic preaching should lead to action and ministry that promotes prophetic witness. For example, as I was finishing this project, our church hosted a movie viewing for the film “Just Mercy” in January 2020. As a result of viewing, the congregation galvanized around how we as a ministry can participate in relevant issues of justice. Thus, we formed a social justice ministry that is focused on education and criminal justice reform. Currently, we have been chosen to present a social justice initiative at the Virginia Baptist General Convention in July of 2020. We are in the process of working with the Commonwealth Attorney’s office to gain information to introduce legislation to the General Assembly for the Commonwealth of Virginia for criminal justice reform. The aforementioned is an example of how prophetic speech created a space to emphasize that justice is a biblical motif grounded in the relationship between God and humanity as well as humanity with itself.[xi] This kind of ministry is due to the foundation laid by prophetic preaching and ministry activity that sparked interest to be prophetic. Now Shiloh is poised to make an impact politically and socially for the moral good of humanity.

In conclusion, pastoral prophetic preaching thrives when pastor and people enter into genuine dialogue with one another across dividing lines (racial, ethical or political) and witness Christ in the lives of one another. In this atmosphere all can grow together spiritually and culturally as they continue in the process of becoming a prophetic community. Authentic conversation predicated upon love is the necessary motif. As a prophetic pastor, you must embody one who exemplifies, “the prophetic preacher who creates a respected and loving pastoral relationship with his or her people.”[xii] This is not a revolutionary ideal, but one that is seen modeled in Christ Jesus as well as the Old Testament prophets. So preacher, now it’s your turn! Go and be pastorally prophetic in speech and ministry!

[i] For a more extensive look at the dichotomy of piety and public witness please see Raphael G. Warnock, The Divided Mind of the Black Church (New York: New York University Press, 2014).

One Reply to “Pastoral Prophetic Preaching: A Spiritual and Cultural Hermeneutic for Prophetic Speech”