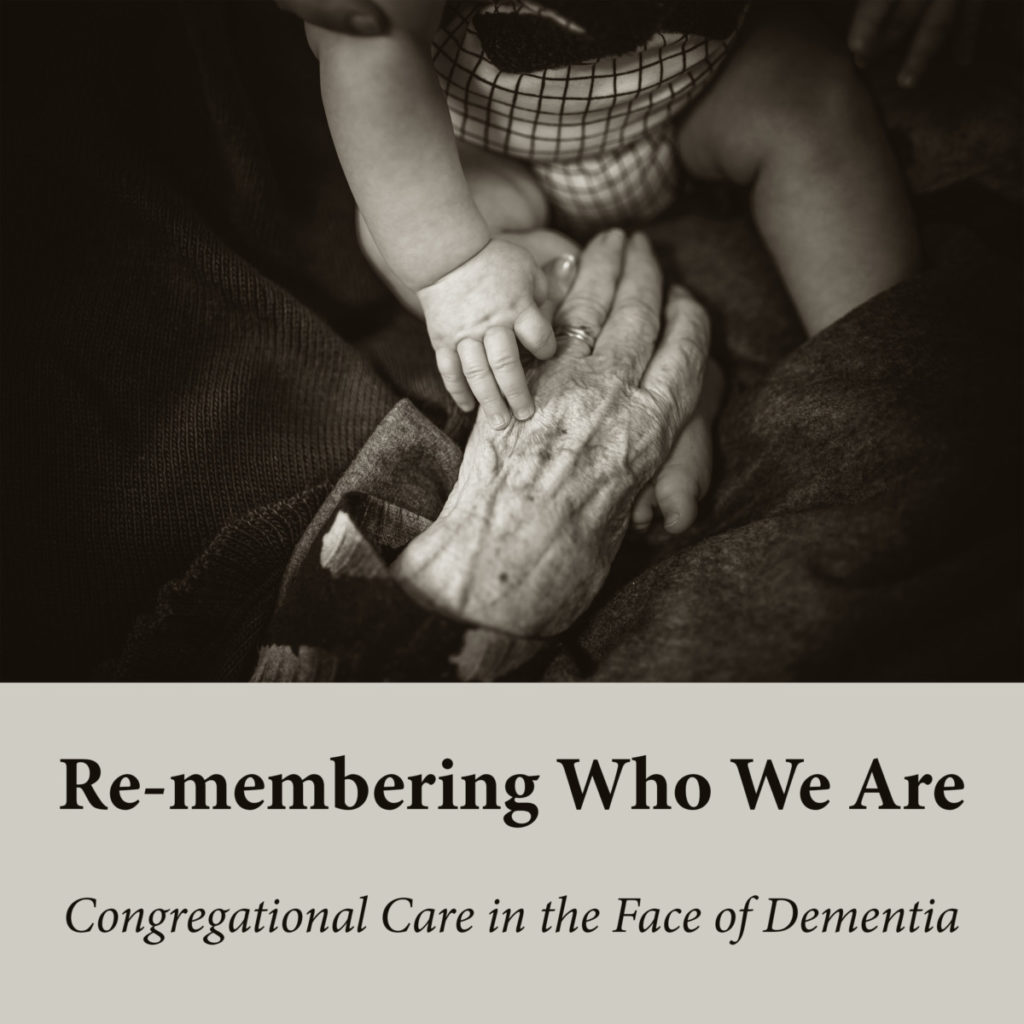 Bread and cup are lifted high above the expansive marble altar every week at Peachtree Christian Church (Disciples of Christ) in Atlanta, Georgia. The Eucharist liturgy is a centering reality at Peachtree—both visually and ideologically. During services, it is often said that solidarity, mutuality, and inclusion are found at the table. And each week, parishioners are charged with these words: “Do this in remembrance of me.” But what happens when someone doesn’t remember? How does a congregation process someone receiving the bread and cup who has seemingly forgotten Jesus? How are persons living with dementia included or excluded from ongoing congregational life and pastoral care? 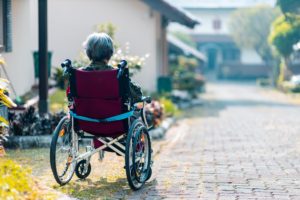 This photo, by Steven HWG, included the following text in the image caption: “Dementia, imagine the loneliness.”

Tragically, dementia diagnoses frequently signal the steady decline in the social esteem and inclusion of persons living with dementia. In far too many cases, communities—including churches—withdraw from those whose memories are fleeting. Sometimes distancing from others occurs because sustained presence feels different or uncomfortable. In other instances, personality changes occur, making progressive communication and conversations more challenging. Regardless, the unraveling of one’s social world at precisely the same time an individual is losing his or her memory is doubly devastating. Although an individual’s neurological decline occurs without choice, social ostracization occurs—consciously or unconsciously—through practical choices. In the face of protracted suffering, sustained presence and communal incorporation often wane, leaving individuals homebound, isolated, and lonely in the face of authentic physical and medical challenges. 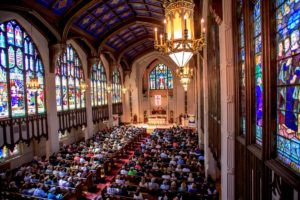 This project charted a course rooted in the theological conviction that personhood and dignity are intrinsic components of being human and should, therefore, not be contingent on an individual’s cognitive capacity. By emphasizing social inclusion as a theological priority of constant importance, this project sought to value and involve persons facing dementia in the ongoing congregational life of Peachtree Christian Church. To reinforce core notions of personhood in the face of dementia, this project utilized a participatory action method of qualitative research combined with the collection of stories in developing communal practices of pastoral care. As a result, this project demonstrated how communities of faith, and Peachtree specifically, can function as institutions that are uniquely able to safeguard conceptions of personhood through these ongoing communal acts of pastoral listening and attentiveness. 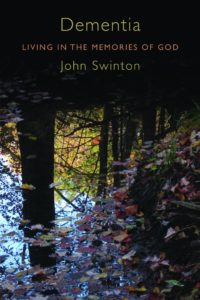 One of the guiding voices in this process was the work of pastoral theologian John Swinton, who asserts, “It is not a person’s memory that assures his/her identity; it is the memory of God and, by proxy, the memory of others.”[1] Swinton’s emphasis on the role of others in securing the memories of others opens a door for widespread congregational care in the face of dementia. This vision of congregational care envisages the role of the church in which an entire congregation functions as the “deliverers of pastoral care.”[2]

Undergirding all of the measurable goals of this project were several closely overlapping theological principles. Initially, emphasis was placed on relationality as a centering concept. Toward this end, four theological foundations were especially relevant: communion of the saints, imago Dei, friendship, and companionship. In each of these areas, the crucial pressure point for evaluation concerned how theological valuations of relationships are both conducive to and collaborative guides in shaping communities that incorporate individuals facing dementia within the acknowledged and valued social body/congregation. Additionally, the concepts of suffering and lament were also indispensable theological categories for reflection. 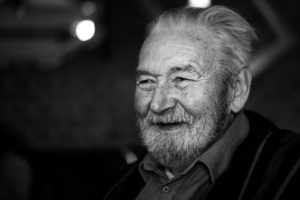 Building from these theological principles, congregation-based pastoral care in the face of dementia provided a way for otherwise isolated or marginalized individuals to be included as vital persons in the congregation’s aggregate composition and shared story. Toward this end, the ultimate goal of congregational pastoral care in the face of dementia was not only to remember (i.e., recall and hold the memory of another) individuals but also to re-member (i.e., reattach and reconnect) individuals to the broader social body that is the church. Used in this way, to re-member someone facing dementia is twofold in its desired goal, safeguarding both social memory and sociological inclusion.

After an initial evaluation phase that included surveys, interviews, conversations, and educational directives, the next step of this project entailed creating “re-membering circles” that explored what it means to remember/re-member persons facing dementia. This step intentionally involved church members and was premised on building a process of congregation-based pastoral care for persons facing dementia. 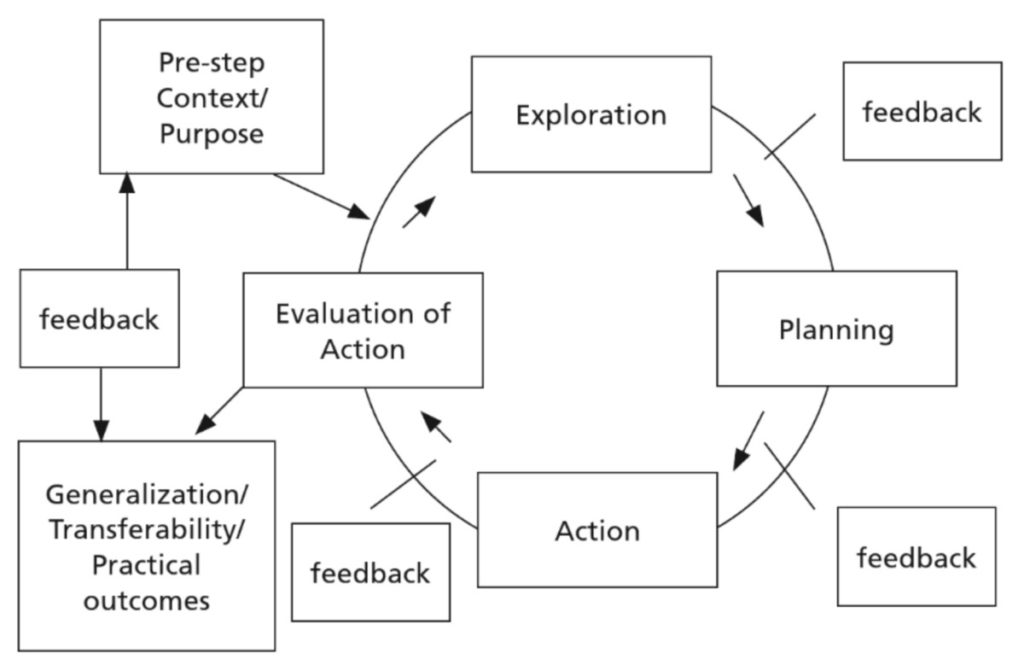 The methodology implemented throughout this project was based on participatory action research. The re-membering circle process demonstrates the ongoing utilization of this model for exploration, planning, action, and evaluation (Swinton and Mowat). [3]

Each circle consisted of 10 to 15 congregants who are a part of the social web of individuals who are currently facing dementia within the congregation. Very practically, the “action step” of this process entailed circle participants making regular visits to those persons living with dementia. One early “planning step” involved circle participants receiving theological and practical training, a process that both emphasized what it means to honor and dignify others regardless of a person’s cognitive capacity while also offering practical instructions in making pastoral visits in dementia-impacted environments.

For example, many visits were done alongside individuals who struggle with both verbal and nonverbal communication. However, despite these barriers to communication, those visiting were instructed to think about how they can reinforce value, dignity, and share past memories (i.e., holding the memories and stories for those who might not have these memories in their immediate recall as a result of their neurological challenges).

With each visit, re-membering circle participants were asked to submit a feedback component—both before and after the visit. In doing this, the evaluative edge of this process was able to measure before and after experiences in addition to the ongoing, cyclical developments between both those visiting and those being visited. These evaluations enabled participants to play the role of a “reflective practitioner,” evaluating their context with both attentiveness and the wisdom of preexisting, relationship-specific knowledge. This process involved utilizing narrative forms and conventions to understand and relay experiences, developments, and challenges.

The video below contains a voicemail message (used with permission) that was received after a visit when I accompanied another re-membering circle participant. This message is included because it does well to capture how re-membering circle visits can prioritize social inclusion and pastoral care in ways that are meaningful and significant.

The next course of action at Peachtree will entail the implementation of an on-site dementia care program. In the past decade, dementia respite programs, memory-care units, and clinical models of residential care have rapidly grown as a result of the increasing number of persons now living with dementia. As a part of this trend in dementia care, it has been common for churches to offer their facilities for respite or support programs, using their space to provide hospitality and relief to both individuals and families. What is significant to point out is that while there are many respite programs taking place in churches and congregations, there is often little that distinguishes program actions between for-profit models and congregation-hosted models. 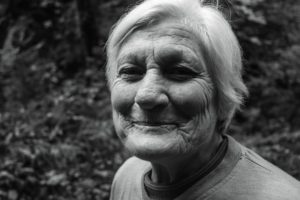 The care program at Peachtree will be premised on training all volunteers in both practical and theological goals and methods. Rather than viewing on-site dementia programs as a kind of distraction via coordinated activities or as a holding place (i.e., adult day care) so that caregivers can work or take a break, the dementia care program at Peachtree will incorporate and hold the memories of all participants, seeing actions as more than passing the day or as care for the sake of profit. Additionally, the program at Peachtree will incorporate liturgical elements and patterns into the normative routines of care for individuals facing dementia. By reciting frequently said prayers and songs from the worshipping life of Peachtree, participants will be dignified and addressed as actively worshiping persons continuing in their theological journey. Consistent with the conclusions of this study, even when individuals don’t remember formative theological stories and words, caring actions will nonetheless incorporate these elements, decidedly giving participants the benefit of the doubt at every turn. In the end, it is through the acts of encircling care that have taken place at Peachtree and in the next steps of developing an on-site dementia program that those at risk of being forgotten are not only remembered but also re-membered (i.e., reincorporated) into the shared, common life of the congregation.