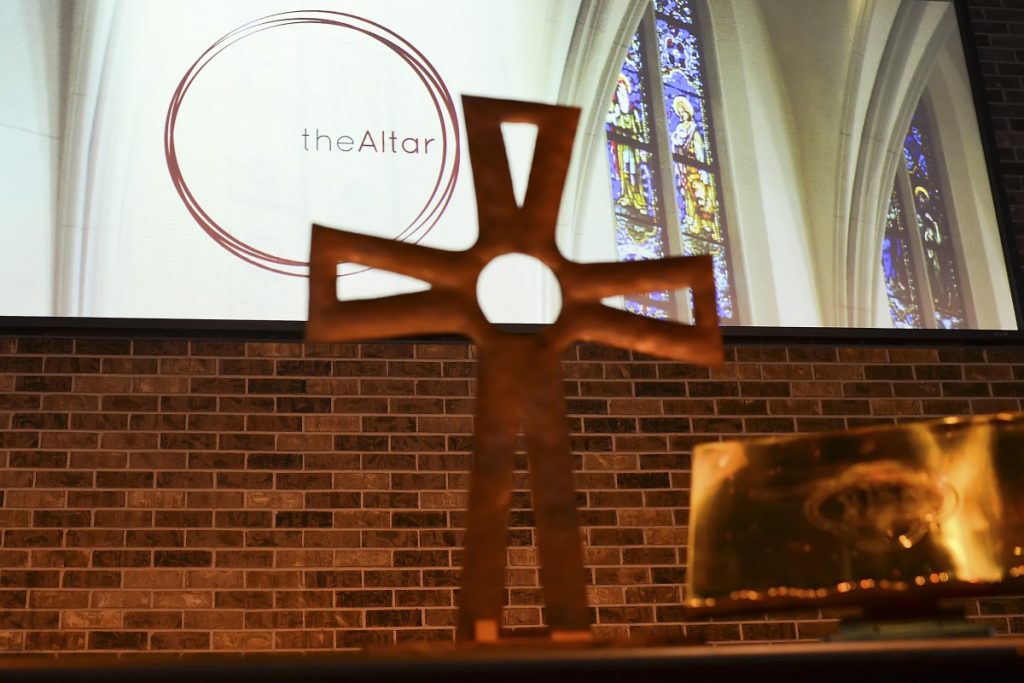 WORSHIP FOR THE NEXT GENERATION:

FINDING COMMUNITY IN A VIRTUAL WORLD 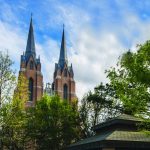 Like many traditional mainline churches, St. Martin’s Episcopal Church has experienced attrition in our adolescent population. Although St. Martin’s continues to see an increase in general membership, the visibility of teenagers in the pews on Sunday is relatively sparse. In fact, there seems to be a disturbing trend that after confirmation, many of our students are rarely seen again on Sunday mornings. Over the past several years, we have attempted to launch an alternative/contemporary service in an effort to engage and retain the next generation of students and young adults. Unfortunately, this service did not reach its targeted demographic, as very few young people attended with any regularity.

The Desire for Connection 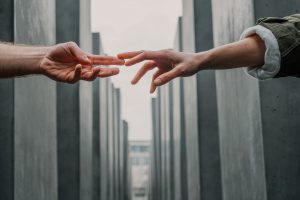 Photo by Toa Heftiba on Unsplash

Many liturgical scholars believe that today’s teenagers do not want to attend a worship service where everything is done by the “professionals,” in which they simply observe and absorb the work of others. “They no longer want to be entertained; they want to participate.”[1]They want to be involved in something larger than themselves. This longing for connection goes beyond forming relationships solely within a single peer group. In fact, from my conversations with our students, I quickly discovered that the majority of our teenagers did not desire to have a dedicated “student service” in which the content was directly aimed at a “teen” demographic. Instead, many expressed an interest to be part of an intergenerational community in which they worshiped alongside people of all ages. Therefore, my project focused on developing a contemporary intergenerational worship service that embraced both ancient and modern practices that enabled adolescents to connect and engage within the St. Martin’s family and the Universal Church. The goal of this service was to fulfill our teenagers’ longing for authentic connection and community in contrast to what they have been offered in the past. 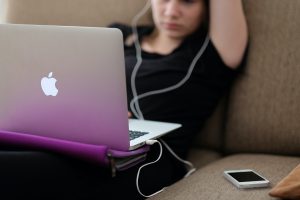 Photo by Steinar Engeland on Unsplash

Unfortunately, when it comes to many contemporary worship services today, the entertainment/attractional model seems to be the norm instead of the exception. In his book Beyond the Screen, Andrew Zirschky refers to entertaining students in the church as the Moth Myth—the assumption that teenagers, like moths, are attracted to things that plug-in and light up. Yet, Zirschky argues that we must not forget “that teenagers’ attraction to smartphones, laptops, games, and gadgets is not a function of the glowing screen, but a function of what or who is on the other end.”[2]Simply put, today’s adolescents are looking beyond the screen to find deep and meaningful connections with others.

The Search for Virtual Community 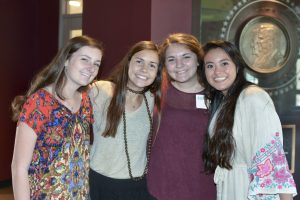 With this in mind, and as I began to redesign my project around the pandemic, I did not want to simply offer a virtual livestream or pre-recorded worship service, which would lack a real sense of connection with others. Instead, I wanted to address the sense of longing and desire for genuine community that so many had been craving since the pandemic began. Therefore, I decided to create a virtual environment where our teenagers and adults of all ages would have the freedom to be themselves and begin to form genuine relationships and authentic community. Instead of viewing the virtual worship service as an entertaining visit to the theater, I wanted to simulate an informal gathering in the family living room. 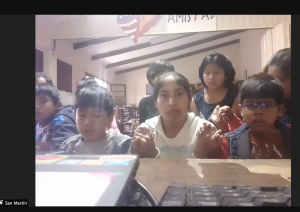 We launched the Virtual Altar service via Zoom on Sunday, September 27, 2020. We were hesitant to use Zoom as the platform to host a worship service. The connection can be unreliable at times and there is always a slight audio/video delay, which eliminates the possibility of synchronous praying and singing. Yet, we the benefits of a virtual “live” connection outweighed the disadvantages found in Zoom. For example, during the “peace” the worshipping community is automatically moved into smaller breakout rooms. After sharing the peace of Christ, each virtual group has an opportunity to reconnect and check in with other members. After a few minutes, the parishioners are brought back to the main virtual worship space, where we recognize and celebrate any upcoming birthdays and wedding anniversaries. This designated time of interaction in breakout rooms has been crucial in reconnecting and sustaining a community for many of our student and adult worshipers. The virtual format has also opened up new and exciting possibilities. For instance, one of my favorite services to date occurred when we worshiped “live” with some of the boys and girls in a Bolivian orphanage thousands of miles away. 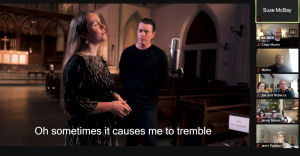 The virtual Altar service has experienced a variety of challenges and successes. One of the areas in which we have struggled is in attendance. Although the service debuted with 50 households for a total of 75 people, we have gradually seen a decrease in attendance. The average Sunday attendance now hovers around 35. From my conversations with parishioners, I’ve learned that a large portion of our congregation is simply “Zoomed out.” Yet, despite the low numerical turnout we have also experienced some very positive results. Since launching the virtual service we have consistently had a fifty percent ratio of student to adult volunteers. We have learned a great deal about each other and about our community through this virtual experiment. In fact, the regular attendees have repeatedly voiced their appreciation for the opportunity to really get to know some of the St. Martin’s clergy—and their fellow parishioners of all ages—in this new environment. The virtual Altar service has reminded some of our long-time parishioners of worshiping in the “old days” at St. Martin’s—when the clergy knew everyone’s name, including the children and teenagers. 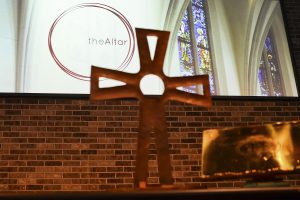 As we look to a post-pandemic future, we have many things to be excited about. In addition to regathering for in-person worship at some point in the future, we are also thrilled to be moving into a brand-new worship facility. In the meantime, we have also begun exploring the possibility of renaming and rebranding this contemporary service in order to reintroduce ourselves to each other and the surrounding area. Thanks to the Virtual Altar, seeds of community and fellowship have already been deeply planted which we pray will continue to be cultivated and nurtured until God brings them to their full fruition. I am very excited about the foundation that the virtual Altar service has provided and I eagerly look forward to what God has in store for this contemporary service and the people of St. Martin’s in the days ahead.

[2] Zirschky, Andrew. Beyond the Screen: Youth Ministry for the Connected but Alone Generation (Nashville, TN: Abingdon, 2015), 13.

Smith, James K.A. You Are What You Love: The Spiritual Power of Habit. Grand Rapids, Michigan: Brazos Press, 2016.