WELCOME TO THIS BLOG

For over two centuries African-American pastors and spiritual leaders have been perceived to be demigods, demagogues, and/or deliverers.  Such a perception births a profound influence over African-American congregations and communities.  This became more obvious as I investigated the question why most congregants are so deferential even reverent of their pastors.

Soon after I began pastoring, I asked myself why this aspect of church culture even existed.  The impetus for asking the initial question was my desire to understand why people would constantly bring ideas and projects to me but when I would say to them, “great idea, run with it,” the response I would 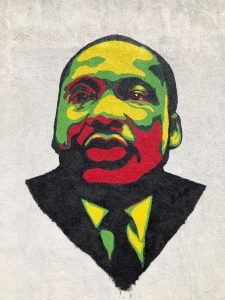 Photo by Janine Robinson on Unsplash

generally get was, “I can’t work on it, but since you are the pastor, I brought it to you.”  As I began my research, I had an epiphany while reading a portion of Michael Evans’ Leadership in the Black Church.  Evans makes this point:

“An often-misunderstood defense mechanism is clergy leaders who feel the need to demonstrate they are more knowledgeable on most subjects than others. The result of this tendency is to overcompensate in those areas in which the person is less knowledgeable and leads to mismanagement, improper counseling practices, and other inefficiencies.” (Evans, 2018, Kindle Edition Location 550.)

For decades, the church was the center of the community and the African-American preacher/pastor as it’s nucleus was generally the most intellectual, most influential, and most well-read member of the community.  Over time this mutated into pastor’s need to be perceived as inerrant and omniscient.  This along with the reverence for the position of pastor caused many congregants to believe they were inept or incapable.  This has become part of the culture of African-American congregations across this country. 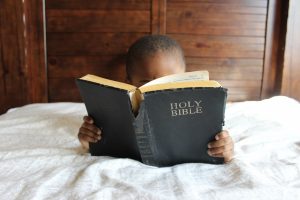 Photo by Samantha Sophia on Unsplash

WHAT DOES THE BIBLE SAY?

This made me think of Exodus 18.  Moses was prototypical of spiritual leaders who had to have all the answers and address every issue.  Moses’ father-in-law Jethro admonished him to choose people with abilities, reverence for God, integrity, hatred of dishonest gain and delegate certain responsibilities to them. If church culture can be shifted to this practice it creates a much more successful ministry and collegial ministry.

THE ROOT OF CULTURE

In the book Look Before You Lead, Aubrey Malphurs states to understand the origins and current state of the culture of their church pastors must first assess the congregation’s core beliefs.  Beliefs in turn dictate values which in turn determine the outward behaviors of the congregation. That speaks to how the culture is formed. (Malphurs, 2013, 20-22)  To begin this process I had to look at where I was.

THE CONTEXT OF THE STUDY

I pastor St. James African Methodist Episcopal Church, Memphis, Tennessee.  Memphis has 651,011 residents, 64.11% African-American, 29.23% European-American, and 1.72% Asian-American.  The congregation was established in 1864 in a Seventh-Day Adventist school and has been in the same location since its founding. 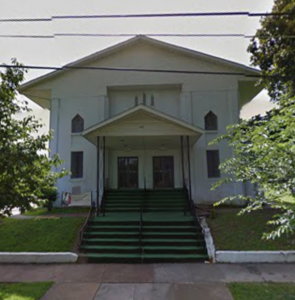 We have 221 congregants, 69.68% of which are 50 and 80 years old and a female to male ratio of 4:1.  The congregation is completely African-American.  Our denomination is hierarchical and governed by bishops who lead episcopal districts.  I was appointed to here in March 2016.  I soon found within this congregation two troubling aspects of the local culture, apprehension about financial transactions and the mentality of many members regarding engaging pastoral leadership.  Both results of pastors who abused their power making unilateral decisions; their leadership styles were detrimental to the life of the church.

I found there were seven basic leadership styles:

(Definitions courtesy of DANIELLE DOOLEN May 18, 2020 article in https://www.careercontessa.com/advice/leadership-styles)

I chose two research tools for this presentation; background reading regarding congregational culture and sermon development and focus groups. I conversed with a total of eleven people comprising four age groups (20 – 39, 40 – 59, 60 – 79, 80 and above).  Each focus group were asked ten questions centering around effective leadership and pastoral influence on local church culture.  I formed these questions based on the background reading.  From these interviews came the following basic conclusions:

TEACHING AND PREACHING THAT CHANGES HEARTS AND MINDS

African American pastor’s words are generally highly esteemed.  Understanding this, I decided to use my words to positively influence the culture through preaching and teaching.  This began with a sermon series entitled “Leaders After God’s own Heart.”  The series encompassed five sermons.  I used several different styles of sermon composition because each sermon needed to be delivered in a way in which the congregation could best receive it. (Allen, 2008, Kindle Locations 139-140)  The first sermon was an introduction to the concept of delegation of responsibilities by spiritual leaders.  The remaining four highlighted biblical characters exemplifying characteristics delineated in Exodus 18: 21; able, Godfearing, trustworthy, and hate dishonest gain.  The series was the beginning of an entire curriculum to be implemented over time.

African-American pastors can influence the culture, but they must take care to first understand the culture of the local church.  This influence can eventually become change, but this happens over time and not in a vacuum…both pastors and congregants must participate because the two are invested in one another.

Evans, Michael. Leadership in the Black Church: Guidance in the Midst of Changing Demographics. Fort Worth, TX: Austin Brothers Publishing, 2018.

Malphurs, Aubrey. Look before You Lead: How to Discern and Shape Your Church Culture. Grand Rapids, MI: Baker Books, 2013.

SOURCES FOR PICTURES FEATURED IN VIDEO