A TIME FOR EVERYTHING? 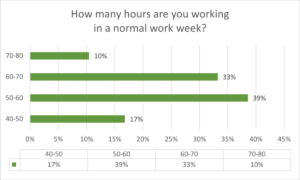 The Salvation Army is a bustling community with a vast number of people looking for ways to help the disenfranchised of society. Most people are familiar with the Salvation Army and their red kettles that magically appear around Christmas time. What most people don’t know is that the Salvation Army is a Christian denomination that was started way back in 1865. The organization strives to help anyone and everyone who comes to them in need, and because of this, they are tremendously busy. As a church, usually called a “corps,” each station around the world is led by the officers that are stationed there. These officers are ordained pastors and put a great deal of their time into leading a church congregation as well as all the social service activities that are expected of the Salvation Army. During the weekdays, the corps is open to help people with their social service needs, and on the weekends, these same officers focus on the churchly needs of the congregation in their care. Somehow, these seemingly tireless souls continue to work for God and man, completing the many tasks that come their way, but how do they fare when it comes to God’s command to rest? They seem to work well enough for God but do they keep Sabbath as they should? As an officer, I felt that I was not taking Sabbath the way I should, and I noticed that my colleagues seemed to fail as much as I did in this crucial matter. We seemed to be unable to find the time to Sabbath with God. The problem seemed to be less that officers would not take Sabbath but that they needed to be given Sabbath.

IS IT REALLY A PROBLEM?

Considering the accomplishments the officers of the Salvation Army could boast of, was this really an issue? While it is true that we were never closed and that even on Sunday, we were heavily involved in work and worship, we do spend time with God and worship him on Sunday. I managed to take what I felt to be adequate time for devotions and spending time with God daily, as this has always been a priority. Still, I felt that I was missing something and that I was getting progressively more and more exhausted despite feeling that my relationship with God was quite healthy. I noted that many of my contemporaries felt the same way. This was definitely a problem.

DID THE BIBLE REALLY SAY WE HAD TO SABBATH?

I decided to look more closely at the scriptures to examine this injunction. I decided to focus on four scriptures that spoke on the Sabbath. They were Genesis 2:1-3; Exodus 20:8-11; Ezekiel 20:20; and Deuteronomy 5:12-15. I also looked at what some Christian and Jewish theologians had to say on the subject. 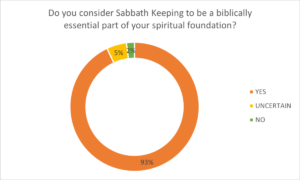 Looking at the scriptures, I found that God not only wanted people to rest and cease working but that He modeled it. This was done so that humanity would look to see that He is the God who rests and that we were to rest as well. To ensure this, He gave rest to humankind. He commanded that all people should do the same as He had; they were to give Sabbath. I also observed that the Jews, the carriers of God’s commands into history, were a people who constructed their identity much more on time than on geography. They were far more interested in feast days and times of memorial than in holy places though they did have a few of those as well. Because of this, they had a unique view of the Sabbath. Sabbath was the time that gave lives meaning and would also give meaning to the rest of the days of the week. Looking at the way the Jews kept time with a day beginning at sundown rather than sun up was just one example. Each day started with rest rather than work.

Work was what one did to survive. One worked the land, or they worked in some kind of business through which they accumulated wealth that would allow them to live. The Sabbath and times of rest were where one did the living. The Sabbath also recreated the equality that was lost in the daily work-a-day life. With work, there is a hierarchy. Some people gave commands, and others took them. People would argue over pricing and a hundred other things that one does to work one’s life. On the Sabbath all are to cease work; there are no bosses, no customers, no hierarchy; everyone is equal. All people are to be at rest, enjoying the life that the Lord has given them, and they are to give this rest to one another. The employer is to give Sabbath to his employee, the customer is to give it to the business owner, the leader to the follower, and yes, even the master to the slave. Even the animals were to be given ret so that no one was working to accumulate wealth or worry about their livelihood. People were not to plan or even think about their livelihood. This allows people to interact as neighbors rather than competitors. This giving of Sabbath is something that is a command, and we are to take it seriously, both giving it to others and taking it when it is offered. 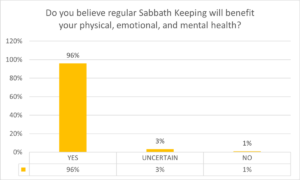 After thinking about the scriptures and what some theologians had to say on the subject, I could draw some conclusions that seemed helpful. It seems evident that not only did God command the officers to take the Sabbath, but that failure to do this has negative results. In the case of the officer overwork and burnout are the most apparent surface-level problems. I found that I was one of those beginning to fall into this category. It also can result in the officer having issues with others as they constantly deal with people as officers and not as neighbors during a sabbath time. This can warp the officer’s way of dealing with others. But we also know that many officers, myself included, would like to take Sabbath but that the aggressive seven-day workweek is a significant hindrance.

As potential solutions, serious consideration was given to taking a little sabbath time each day or taking another day as a sabbath day. The former seems to be unattractive due to its inability to let one immerse oneself in the Sabbath as they will need to think of the work that they still need to accomplish after their rest that day. The latter has a lot more to commend it, but it has the problem of closing the Salvation Army corps for a day. Here, we can see that the problem is that the officers are not given Sabbath the way the Lord gave it. The Salvation Army recommends that officers take a Sabbath day, but they don’t give one. The Salvation Army needs to give a day that officers can close up shop and take the day to rest in the Lord. If the leaders of the organization ceased making denominational demands on Saturday then the Lord’s original, prescribed sabbath day would fill the bill nicely. Now, if only the leaders could see that this needs to happen soon before too late for many of its hard-working clergy.