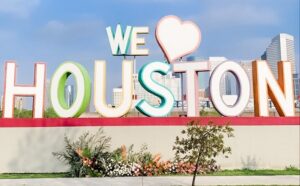 Americans are passing through a complicated time in this nation’s history, a time marked by intellectual and moral chaos and rancor. During such times we need to have conversations about how we will go forward together, guided by a reliable moral compass.

In the aftermath of Minnesota police officer Derek Chauvin’s murder of Houston native George Floyd, there are growing concerns over longstanding racial division in the Third Ward area of Houston, Texas.

For the purpose of this blog, I will give an overview of my context, highlight continuing practices of racism, the plausibility of moral preaching to address racial crisis while imbuing people with hope to fight through the horrors of racial division, and a framework for developing as a moral preacher.

Third Ward Past, Present, And Future

“From 1910 to 1930, the census recorded a “colored” population jump from 22,929 to 66,357 in Third Ward in just 20 years.”[3] Third Ward became the center of the Houston Blues movement during these years. “The Deluxe Movie Theater, and Eldorado Ballroom, the self-styled “Home of the Happy Feet,” featured artists like Ray Charles, BB King, and Houston natives Illinois Jacquet, Arnett Cobb, and Jewel Brown.”[4]

Today, Third Ward is only a shadow of what it once was. U.S. Census Bureau reports that 15% of the residents of Harris County live in poverty.[5] By the early 1950s, because of unjust racially discriminatory practices, most established black-owned businesses began to close.

“Because of their bravery, Houston became desegregated, and integrated businesses were open the same year.”[6]

However, in 2022, street signs and monuments still carry the name of former slave owners, racial profiling, and over-policing in certain parts of Third Ward. Though the Jim Crow laws of segregation are not as obvious, the practices of racial separation are very much present.

In this excerpt, Rabbi Lyon of Congregation Beth Israel shares a different perspective of what racial progress looks like in Houston.

During our interview, Minister Aswad Walker and I discuss the negative effect of being racially profiled in detail. In this segment, I asked him his thoughts on racism in our community and whether or not he thought it still existed today.

Preachers today must continue to deliver sermons that speak courageously to their audience about historical and current events that have negatively impacted their Community due to racial division. Using Dr. Robert Franklin’s “The Moral Leader” as a primary source, I define Moral Preaching as preaching that encompasses Integrity, Imagination, and Intellect.

To preach with integrity means to center Down- Having an intense focus on our most deeply held values, which then radiate outward in our behavior and demeanor. Preaching with integrity to make changes in Third Ward must include a strong understanding of one’s values and the ability to articulate your values in a way that is clearly heard and invitational. In a community that is divided by racist practices, the moral preacher has to stand strong in their moral position in all situations. This, in part, encourages others to do the same.

It is the vocation of the prophet to keep alive the ministry of imagination, to keep on conjuring and proposing futures alternative to the single one the king wants to urge as the only thinkable one.

In the divided community, the moral preacher must cast a vision of the “other.” They must clearly articulate that there are other ways in which we all can live, respecting and appreciating our differences as well as similarities. This is the work of using moral imagination.

Intellect is the ability of the preacher to make intelligible connections between their Theology and the issues faced by the audience. A preacher uses their understanding of many disciplines to engage their audience in a meaningful interaction that meets the audience where they are and challenges the listener to go higher in their comprehension of the issues they face. 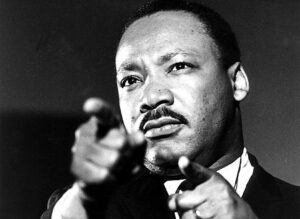 Moral preachers leading Third Ward congregations today must continue to deliver sermons that speak courageously to their audience about historical and current events that have negatively impacted their Community due to racial division. They also must creatively suggest ways to bring racially divided communities closer together with a new vision of racial unity. Finally, through their sermons, the moral preacher finds ways to invite persons to join them in creating racial harmony.

To develop integrity, the moral preacher must spend considerable time reflecting on their value system and personal motivation. Without doing the work of self-reflection, the moral preacher will not be able to authentically and boldly preach the Gospel or encourage others to live as they believe God’s will requires.

a. Daily moments of meditation- suggested reading – No Man Is an Island by Thomas Merton

b. Becoming involved in a self-reflection and accountability group- https://www.txcumc.org/birkmanpersonalityandleadershipstyleassessment

a. Identify groups that share a differing perspective about your community and invite them to

b. Through reflection identify your value system and share it with unlikely groups- suggested reading- Surviving a Dangerous Sermon by Frank Thomas

Developing a moral imagination requires the preacher to be willing to engage people of diverse backgrounds, building a greater appreciation of others and finding words that facilitate unity.

Developing moral intellect requires extensive study of the Bible and the study of the context.  Combining theological and contextual astuteness helps the preacher and community grow together. 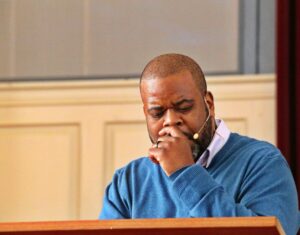 As an African American male, born and raised in Brooklyn, N.Y, I am very familiar with the Urban landscape and the many ways people of diverse backgrounds coexist.  As a Christian reflective practitioner, being raised in a religious, liberal, middle-class home with a diverse cultural background gave me a unique perspective relevant to my context.

The consistency and usefulness of my findings depended on identifying varied participants who could meet specific criteria and articulate their experiences of racial divide and exposure to moral preaching.

Rabbi David Lyon is the Senior Rabbi at Congregation Of Beth Israel in Houston, Texas.

Dr. Elwyn Cornelius Lee is Vice President for Community Relations and Institutional Access at the University of Houston.

Aswad Walker is the associate pastor of the Shrine of the Black Madonna (Houston), is a lecturer in the University of Houston’s Department of African American Studies, Associate Director of the Texas Southern University Urban Research and Resource Center, Associate Editor for the Defender Media Group (Houston Defender) 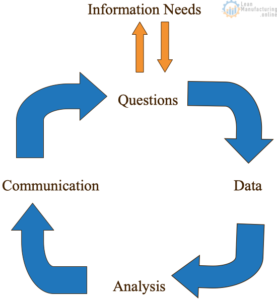