This post continues a dialogue between Mark Ravina and TJ Greer on text mining and the recent student protest movement. In this entry we examine the potential for sentiment analysis. 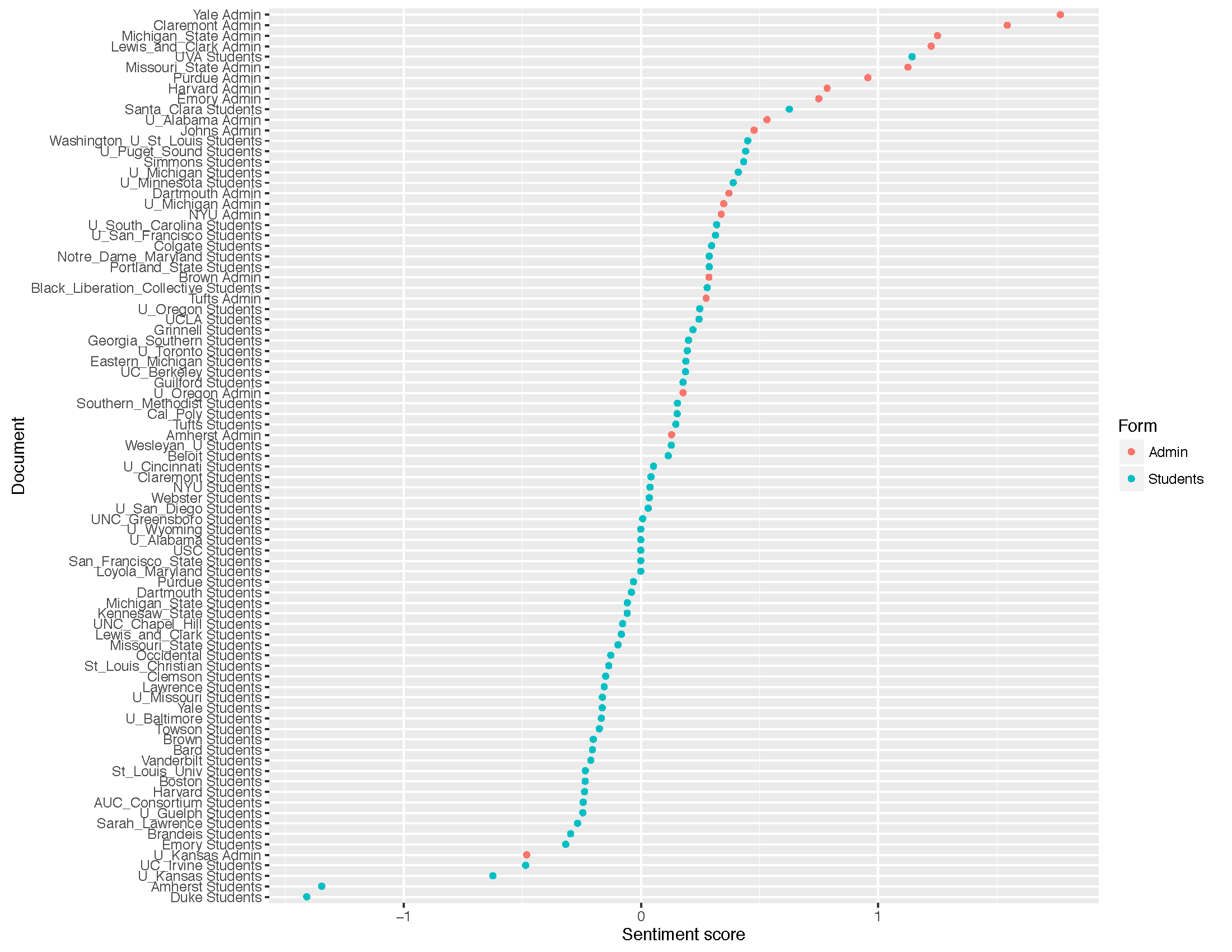 Mark: I’m somewhat cynical about sentiment analysis. How much of the emotional valence of a document can really be captured by counting adjectives? But I was intrigued by the “polarity” function in the qdap package, which actually looks at nearby words to see if the meaning of adjective is intensified or negated. For example, “not” before “sad” switches the meaning, but “very” intensifies it. According to the qdap package, Duke is the most negative student document while UVA is the most positive. I wonder if those scores aren’t triggered largely by the frequent use of the word “hate” as “hate speech” by the Duke students. On the other hand, the UVA documents uses “should” a great deal, and just has a gentler tone. What do you think?

Mark: OK, you prompted me to do some number crunching, and your impression are correct. By every standard measure, the sentiment scores are more varied for student demands than for administration responses.