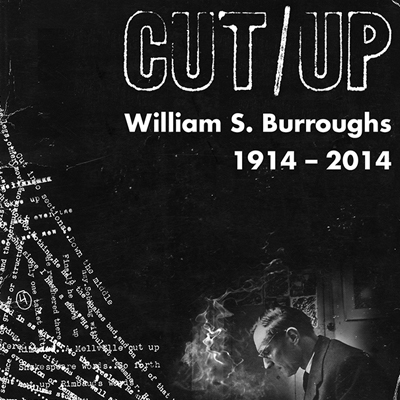 Emory University, in collaboration with Boo-Hooray, is presenting a William S. Burroughs centenary exhibition dedicated to the Cut-Up technique.

On view will be hand-edited typescript drafts from the Nova Trilogy, rarely seen publications like the mimeographed newsletter The Burrough and the Sigma Portfolio, alongside correspondence with Brion Gysin, vinyl releases, as well as the original cut-up paper components that went on form his novels.

The Cut-Ups began in October of 1959, when Brion Gysin sliced through a pile of newspapers with his Stanley knife, his intention had been to “cut mounts for his water colours” and the newspapers were there simply to protect his desktop. However, while observing the patterns created by the different layers of cut paper he decided to reshuffle them to compose a new narrative. Finding the result most amusing, he showed them to his friend and colleague William Burroughs. Burroughs realized Gysin had inadvertently opened a door that led not only to an artistic breakthrough, but also to a different way of seeing the world and processing/interpreting time.

Heavily influenced by the Dadaist movement, this serendipitous realization would have a profound effect on the world while simultaneously destroying conventional notions of time, space and linear narrative.