EBCHR is led by a team of four faculty at Emory University who share a passion for the study of botanicals as they pertain to human health and medicine. 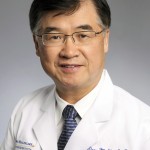 Dong Moon Shin, MD, FACP, is the Frances Kelly Blomeyer Distinguished Endowed Chair in Cancer Research, Professor and Executive Vice Chair of Education in Hematology/Medical Oncology, Professor of Otolaryngology, Professor of Biomedical Engineering, Director of the Head and Neck Cancer SPORE Program,  Georgia Cancer Coalition Distinguished Scholar and Associate Director of Academic Development at the Winship Cancer Institute at Emory University. Dr. Shin has a highly successful scholar and research track record as a head and neck cancer investigator. He is a well established international and national recognized investigator in head and neck cancer research related to biology, biomarkers, chemoprevention, biochemoprevention, nanotherapeutics and molecularly-based innovative new therapy. And he has had published more than 260 articles in peer reviewed journals.

Dr. Shin is a recipient of the following awards: 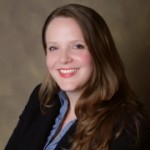 Cassandra L. Quave, PhD is Assistant Professor of Dermatology and Human Health at Emory University, where she leads drug discovery research initiatives and teaches undergraduate courses on medicinal plants, food and health. She is also the Curator of the Emory University Herbarium and is currently leading a revitalization effort for the collection. Trained as a medical ethnobotanist, her research is focused on the documentation and analysis of botanical remedies used in the treatment of infectious disease. Her geographic region of focus is on the Mediterranean, with emphasis on Italy and the Balkans. To date, she has more than 50 publications and two edited books on this subject. Dr. Quave currently serves as the President of the Society for Economic Botany, an international society with the mission of fostering research and education on the past, present, and future uses of plants by people.

Dr. Quave is a recipient of the following awards: 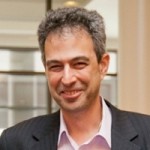 , MD, PhD is the Thomas J. Lawley Professor of Dermatology at Emory University. His research focuses on the regulation of angiogenesis and tumorigenesis by signal transduction pathways. Our laboratory has chosen three model systems to study these relationships. The first area is the common vascular birthmarks of children and their malignant counterparts, angiosarcomas. The second application of these studies are benign neoplasms which develop in the autosomal dominant syndrome tuberous sclerosis (TS). The third application of these studies is in the pathogenesis of malignant melanoma. Dr Arbiser has developed the hypothesis that oncogenes disrupt the balance between angiogenesis stimulators and inhibitors. His laboratory has a long history of development of small molecules as antiangiogenic and antitumor therapies. They have both discovered natural products from botanicals and synthesized novel small molecules.

Dr. Arbiser is a recipient of the following awards: 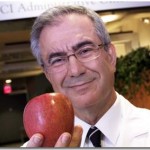 Omer Kucuk, MD, FACN is a Professor of Hematology, Medical Oncology and Urology at the Winship Cancer Institute, Emory University School of Medicine. Dr. Kucuk conducted the first clinical trials to show the benefits of soy and lycopene supplements in prostate cancer treatment. He is a Professor in Hematology and Medical Oncology at Emory University’s Winship Cancer Institute.

Dr. Kucuk comes to Emory Winship from the Karmanos Cancer Center at Wayne State University in Detroit where he was a professor and co-leader of the population sciences and prevention program and member of genitourinary and head and neck cancer multidisciplinary groups. Dr. Kucuk has more than 200 peer-reviewed publications, review articles and book chapters to his credit, and he is on the editorial boards of numerous publications, including the Cancer Epidemiology, Biomarkers and Prevention and Cancer Epidemiology.

Nutrition and cancer is Dr. Kucuk’s primary research focus, and he has published extensively on various nutrients in combination with chemotherapy and radiation.  Dr. Kucuk has been conducting clinical trials with lycopene and soy isoflavones in combination with standard therapy for prostate cancer since 1996.   He is also investigating the effects of micronutrients and phytochemicals on biomarkers of cell growth, differentiation, inflammation and oxidative stress in a variety of cancers.

The EBCHR mission is to promote research and education on the science of botanicals for the improvement of human health.