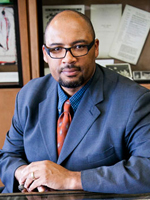 Pellom McDaniels III
Institute Co-Director
Pellom McDaniels III is the Faculty Curator of African American Collections and an Assistant Professor of African American Studies at Emory University.   His major publications include a biography on the nineteenth century jockey Isaac Murphy entitled The Prince of Jockeys (University Press of Kentucky, 2013); “The Strong Men Keep A Comin” in The Olympics and Philosophy (2012); and “Body and Soul: History, Memory and Representations of Black Masculinity” in What’s Up With the Brothas (2010).  His current project examines the life and career of southern-born artist and art critic, Benny Andrews. 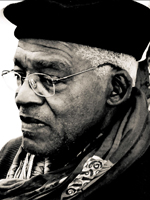 Paul Carter Harrison
Institute Co-Director
Paul Carter Harrison, Visiting Scholar/Artist at Emory, is an award-winning playwright/director/theatre theorist whose work has been produced and published in both the United States and Europe.  A native New Yorker, he has had a long artistic association, as writer/director, with the Negro Ensemble Company that had produced his earlier plays, Tophat, Abercrombie Apocalypse, and the celebrated Great MacDaddy for which he was recipient of an Obie Award.  Harrison is the author of The Drama of Nomo a seminal work on African Diasporic expression, will lead sessions dealing with theater. 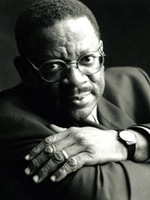 Dwight Andrews
Dwight Andrews is Associate Professor of Music Theory and African American Music at Emory University.  Andrews’ body of work includes a residency at Yale Repertory Theater under Lloyd Richards from 1979-1986, and a collaborative association with the playwright August Wilson.  Andrews will lecture on Blues Aesthetics, Spirituality, and Sacred Systems. 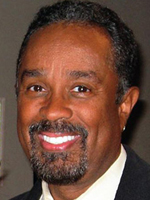 Michael Harris
Michael Harris is Associate Professor of Art History and African American Studies at Emory University.  He is a noted visual artist, and the author of Colored Pictures: Race and Visual Representation (2006).  Harris will be the lead art historian throughout the institute. 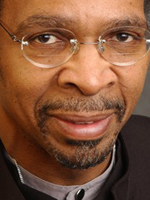 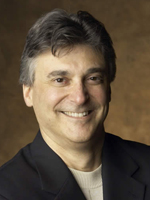 Matthew Bernstein
Matthew Bernstein is Professor and chair of Film and Media Studies at Emory University. He is the author of Walter Wanger, Hollywood Independent (1994; 2000), and Screening a Lynching, the Leo Frank Case on Film (2009), and the co-editor of 4 volumes of film history and criticism. His current book projects, co-edited and co-authored with Professor Dana F. White, are Atlanta at the Movies and Segregated Cinema in a Southern City: Atlanta, 1895-1973 (2013), both to be published by the University of Georgia Press. 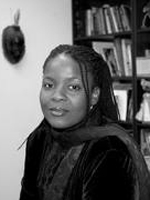 Dianne M. Diakité
Dianne M. Diakité is an Associate Professor of Religion and African American Studies at Emory University. She obtained her B.A. from Colgate University, her M.Div. from Harvard Divinity School, and her Ph.D. from Union Theological Seminary in the City of New York. 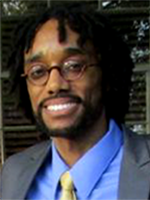 Marcus L. Harvey is an assistant professor of religious studies at the University of North Carolina at Asheville.  After earning his B.A. from Morehouse College in 2001, he pursued graduate study at Emory University, earning Master’s degrees in 2004 and 2005, and his Ph.D. in 2012.  Dr. Harvey’s research explores the cultural systems of indigenous West Africa and its Diaspora, paying particular attention to systems associated with the Akan of Ghana, the Yorùbá of Nigeria, and black religion in North America.  Other major foci in Dr. Harvey’s work are the related issues of knowledge construction and “religious” consciousness.  His dissertation, entitled “’Life is War’: African Grammars of Knowing and the Interpretation of Black Religious Experience”, was awarded the John Fenton Prize in the Comparative Study of Religion by Emory University’s Graduate Division of Religion.  Dr. Harvey has presented his scholarship at domestic and international conferences including the American Academy of Religion Annual Meeting and the Òrìṣà World Congress.  Dr. Harvey’s scholarship is primarily energized by international experience in Ghana and Nigeria. 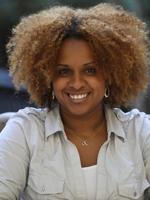 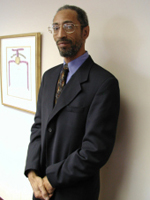 Philip Mallory Jones
Philip Mallory Jones is a digital artist specializing in virtual spatial theory, which merges African diasporic culture with documentary techniques and creative storytelling. His work has been supported by Rockefeller International Media Arts Fellowship, the Whitney Museum of American Art, the American Center in Paris, and the National Endowment for the Arts. 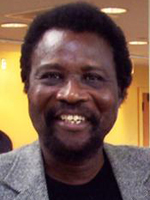 Babatunde Lawal
Babatunde Lawal is Professor of Art History at Virginia Commonwealth University who specializes in African, African American and African Diaspora art.  His publications include, Yoruba: Visions of Africa Series (2012), Embodying the Sacred in Yoruba Art: Featuring the Bernard and Patricia Wagner Collection (2007), and The Gelede Spectacle (1996). 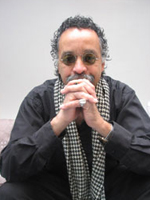 Arturo Lindsay
Arturo Lindsay is Professor of Art History at Spelman College and is an artist-scholar who conducts ethnographic research on African spiritual and aesthetic retentions in contemporary American cultures. His research findings are manifested in works of art, as well as scholarly lectures, essays, and articles. 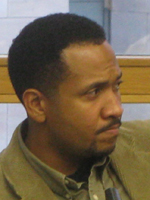 Samuel T. Livingston
Dr. Samuel T. Livingston is Associate Professor and Director of the African American Studies Program at Morehouse College. His research focuses on African Diasporic resistance movements and their uses of African cultural traditions. His research has examined the influence of the Nation of Islam on Hip Hop culture, as well as, inter alia, African sources of African American liberation ideologies and philosophies from the 16th to the 20th centuries. His most recent work offers a critical structuralist reading of African American Hip Hop cultural semiosis relative to Niger-Congo and Nile valley oral and semiotic traditions. 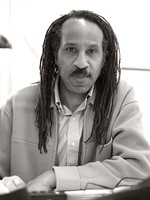 Louis Massiah
Louis Massiah is a documentary filmmaker, whose films include the award-winning documentaries, The Bombing of Osage Avenue, W.E.B. Du Bois – A Biography in in Four Voices, two films for the Eyes on the Prize II series, and A is for Anarchist, B is for Brown. He is the founder/director of Scribe Video Center in Philadelphia, a media arts center that provides training and equipment access to community groups and the independent film/video community. Currently, Massiah is producing two major community oral history projects, the Precious Places Community History project, composed of 73 short documentaries produced collaboratively with neighborhood organizations in the Philadelphia area and the Muslim Voices of Philadelphia community history project. His innovative approaches to documentary filmmaking and community media have earned him numerous honors, including a MacArthur Fellowship “genius grant.” 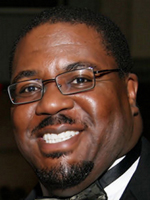 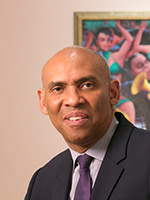 Richard J. Powell
Richard J. Powell is the John Spencer Bassett Professor of Art & Art History at Duke University, where he has taught since 1989.  He studied at Morehouse College and Howard University before earning his doctorate in art history at Yale University.  Along with teaching courses in American art, the arts of the African Diaspora, and contemporary visual studies, he has written extensively on topics ranging from primitivism to postmodernism, including such titles as Homecoming: The Art and Life of William H. Johnson (1991) and Black Art: A Cultural History (1997 & 2002).  His latest book is Cutting a Figure: Fashioning Black Portraiture (2008).  Powell, a recognized authority on African American art and culture (and a frequent commentator and lecturer on this topic both in the United States and abroad), has also helped organize numerous art exhibitions, most notably: The Blues Aesthetic: Black Culture and Modernism (1989); Rhapsodies in Black: Art of the Harlem Renaissance (1997); To Conserve A Legacy: American Art at Historically Black Colleges and Universities (1999); Back to Black: Art, Cinema, and the Racial Imaginary (2005); and Archibald Motley: Jazz Age Modernist (2014).  From 2007 until 2010, Powell was Editor-in-Chief of The Art Bulletin, the world’s leading English language journal in art history.  In 2013 Powell received the Lawrence A. Fleischman Award for Scholarly Excellence in the Field of American Art History from the Smithsonian’s Archives of American Art. 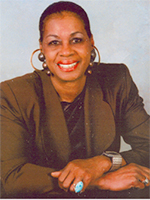 Eleanor W. Traylor
Eleanor W. Traylor, Graduate Professor of English in the College of Arts and Sciences at Howard University, is Principle Investigator of The Sterling Brown Endowment Initiative (2011-12) awarded by The National Endowment for the Humanities. An acclaimed scholar and critic in African-American literature and criticism, Dr. Traylor earned a B.A. from Spelman College; an M.A. from Atlanta University; and a Ph.D. from Catholic University, from which she later received an Alumni Achievement Award in Literary Criticism.  Dr. Traylor work has appeared in the form of chapter essays, biographies, articles, and papers on such critically-renowned African-American writers as Larry Neal, Henry Dumas, Toni Cade Bambara, Margaret Walker, James Baldwin, Toni Morrison, and Richard Wright.  Among the texts that she has produced are Broad Sympathy: The Howard University Oral Traditions Reader (1996), The Humanities and Afro-American Literary Tradition (1988), a multimedia piece entitled The Dream Awake: A Spoken Arts Production (1968), College Reading Skills (1966), and biographical and cultural scripts for the Smithsonian Institution Program in Black American Culture. Her most recent theoretical essays are published in Black Renaissance Noir Volume 9:1 and 2:3 Winter (2009/2010); The Cambridge Companion to African American Women’s Literature edited by Angelyn Mitchell and Danille K. Taylor, 2009; and Contemporary African American Fiction: Critical Essays edited by Dana Williams, 2010. She is currently working on a book to identify and define an ignored or underexplored genre of African American literature. Not exclusively an academician, she has maintained national and local ties via her advisory roles to the D.C. Repertory Theater Company; the Duke Ellington School for the Performing Arts; the National Endowment for the Humanities; the National Endowment for the Arts; the National Black Arts Festival; and Educators for the Advancement of African-American Literature in the (Public) Schools, which she established. 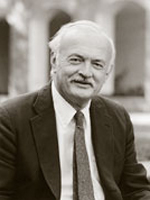 Robert Farris Thompson
Robert Farris Thompson is the Colonel John Trumbull Professor of the History of Art at Yale University, one the seminal influences on the field of research related to the retention of African cultural, religious, and social elements in art found throughout the Diaspora. He is the author of several books including Aesthetic of the Cool: Afro-Atlanta Art and Music (2011), Black Gods and Kings (1977), Flash of the Spirit (1983), and Tango: The Art History of Love (2006). 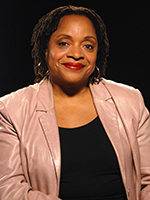 Deborah Willis
Deborah Willis is Chair of the Department of Photography & Imaging at the Tisch School of the Arts at New York University and holds an affiliated appointment as a university professor with the College of Arts and Sciences in Africana Studies. She has been the recipient of many awards; among others, she was a 2005 Guggenheim Fellow and Fletcher Fellow and a 2000 MacArthur Fellow. Professor Willis is both a photographer and a scholar of the medium. Her most recent publications are Posing Beauty: African American Images from the 1890s to the Present(W.W. Norton, 2009), Michelle Obama: The First Lady in Photographs (W.W. Norton, 2009), and, as editor, Black Venus 2010: They Called Her “Hottentot” (Temple University Press, 2010). Willis received the 2010 NAACP Image Award for Outstanding Literary Work—Biography/Autobiography for her book Michelle Obama: The First Lady in Photographs, and she is the 2010 recipient of the Honored Educator Award of the Society for Photographic Education.

Leslie Taylor
Leslie Taylor is a Professor of Theater and the Executive Director of the Emory College Center for Creativity & Arts.

Dr. R. Candy Tate
R. Candy Tate is Assistant Director of Emory College Center for Creativity & Arts.  Tate will handle administrative tasks in preparation for and during the institute.

Nicholas Surbey
Nicholas Surbey is the Communications Specialist for Emory College Center for Creativity & Arts.  He will build out and maintain the institute’s website.