Lobsang Tenzin Negi, Ph.D is Executive Director of the Center for Contemplative Science and Compassion-Based Ethics at Emory University (Emory Compassion Center), formerly the Emory-Tibet Partnership. In this capacity, he has supervised the academic endeavors undertaken by Emory in collaboration with His Holiness the Dalai Lama since 1998. Dr. Negi is also a Professor of Pedagogy in Emory University’s Department of Religion and the founder and spiritual director of Drepung Loseling Monastery, Inc., in Atlanta, Georgia, USA.

Dr. Negi has been at the forefront of compassion science, collaborating with numerous researchers from multiple disciplines to examine the mechanisms behind compassion and its effects on the mind and body.

The first of these three programs began in 2004, when Dr. Negi developed CBCT® (Cognitively-Based Compassion Training), a secularized contemplative program based on Tibetan Buddhist mind training practices that deliberately and systematically work to cultivate compassion.

At the invitation of His Holiness the Dalai Lama, Dr. Negi led the team that created a third program called SEE Learning®(Social, Emotional and Ethical Learning), a framework and curricula for kindergarten through university level education and its accompanying educator resources. He now oversees the implementation of SEE Learning on a global level.

Born in Kinnaur, a remote Himalayan region adjoining Tibet, Dr. Negi is a former Tibetan Buddhist monk. He began his monastic training at the Institute of Buddhist Dialectics in Dharamsala, India and continued his education at the six-hundred-year-old Drepung Loseling Monastery, reestablished in south India after the Communist invasion of Tibet. He received the Geshe Lharampa degree in 1994, the highest academic degree conferred in the Tibetan monastic system. Dr. Negi completed his Ph.D. at Emory University in 1999. 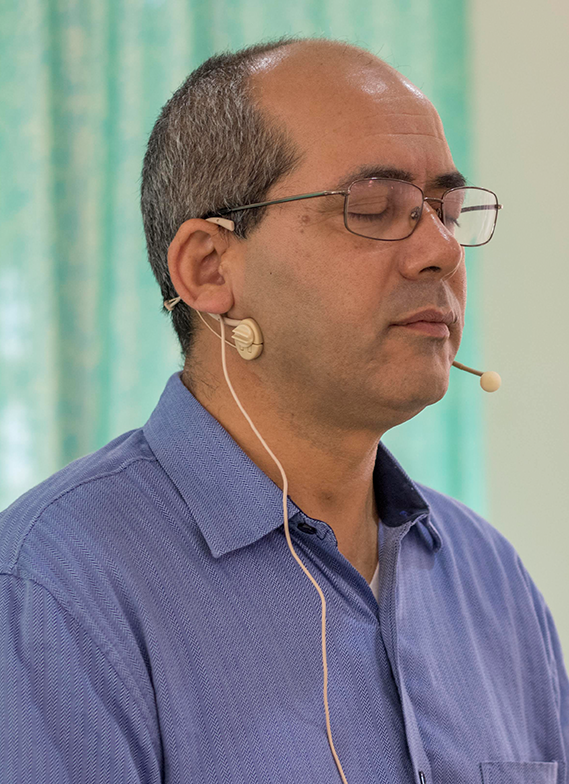 Dr. Negi is also the creator and director of the Tibetan Mind/Body Sciences Summer Study Abroad program at Emory (2009-present). This program is a unique experiential learning opportunity for undergraduates.

In collaboration with the Institute of Buddhist Dialectics and Drepung Loseling Monastery, the Emory Mind-Body Sciences program offers students the opportunity to join an emerging dialogue between contemplative science and the Tibetan Buddhist tradition. On this five-week summer study abroad program in Dharamsala and Mundgod, India, students learn from leading members of the Tibetan exile community. In conjunction with the Emory-Tibet Science Initiative, students will also have the opportunity to actively engage with Tibetan monastics studying philosophy of science, biology, neuroscience, and physics.

The current courses offered through this program are:

His current research interests include: the relationship between mental/emotional states and physical/social well-being; the effects of compassion meditation; and the impact of introducing modern science into the Tibetan Buddhist monastic curriculum. He also leads research examining the efficacy and impact of SEE Learning.®