Inspiration drawn from Le Due Sedie

How much of our

And a table between us

I will ignore how

All wishing for time

To rewind to simpler days

Eyes watering I keep my head

Down facing the plate of sac and rotli

Over a bowl of rice and kurri

We eat it with our bare hands

Teleport me back to my childhood

From my hands and my mouth

I lick the deserted rice

*deserted was used to reference my feeling of desertion*

Off of my fingertips

Tonight we feasted on

*Jalebi: look of pasta however it is a fried dessert*

To bring our spirits up

Act as the perfect vibrant distraction

The sticky Indian food
Has left our fingers glued together

For you to lick your fingers

Without a second thought

Ba cooks for me

Without asking her typical

“What do you want for dinner”

Surprised to see my favorite

I fumble to break my kitchu

Refusing to use a single utensil

Even though it would easier

As the rice concoction dribbles down my chin

You ask me how it taste

We try hard not to cry

Both knowing this was Anandmama’s favorite

Eager for him to come back home

We take another bite in silence

We are quiet and eating

You gave a gift

By enjoying this food

I still feel connected to you

I take one bite and am back

At a dinner table

With all 5 chairs full

This is why I love you 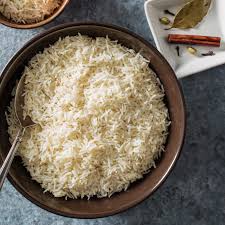 I chose to imitate Lam Khong’s Le Due Sedie – the two chairs. I chose this piece because it was extremely intimate. I loved how there were numerous layers to this poem and every time I read it, I was able to learn something new. My first read through was a little confusing as I tried to understand the significance of eating Japanese food in Italy, but I did appreciate the segment about eating food with bare hands. It related to my culture of eating Indian food with my hands through a messily as a means to extract the deeper flavors of the food.

The deeper meanings of romance, fighting, and love attracted me during later reads as I am considered to be the “hopeless romantic” of my friend group. “For you I will try new things” spoke to how flexible partners are when they are with the ones they love and how they will do things they wouldn’t normally do to please their love. I can relate to this on a romantic and nonromantic layer as I find myself trying new foods with many people who I care about (ie. Tried calamari for my cousin-and I LOVED IT). Another example of romance could be found within the second to last stanza in which the author described stealing a flower (committing a crime) to bring joy to his lover.

The idea of “two chairs” relates to the theme of eating with others, similar to the topic that we discussed in class. I connected this theme to foods function communication and bonding among humans. Le Due Sedie discussed the kitchen table and although the author did not feel compelled to describe it in depth, this relates to the significance a table plays in eating as it brings people together.

Writing this poem through the lens of an Italian poet taught me that the Italian writing style is fluid. The vocabulary is not very extravagant, rather it consist of using common words similar to how people speak diurnally. “It tasted much better” was used to describe eating with hands instead of “It tasted stupendously”.  I really appreciated the genuine feel to this style of writing as I spoke the poem before writing it down. This shows how the Italian culture values genuine personalities over false personas. Another cultural theme in this poem was the idea of eating other countries foods. Japanese and Vietnamese foods were eaten which shows the value Italians place on eating other people’s foods and how they appreciate diversity of food and people. Specifically the poet referenced eating the food with their hands and I love how they understood the significance of experience another cultures way of eating as important. We discussed this in class as well when we described cultural relativism and ways we can fully experience another person’s culture.

This poem was an experience. I did not have a real plan when I started writing but it was very serious personally. I learned how important rice and mug (considered to be an Indian noodle) was in my personal life as it was my uncles favorite dish. When he moved away I was very sad at the dinner table that night, but when my Ba (grandmother) cooked his favorite meal the next day I felt connected to him instead of being deserted (similar to the rice referenced in the poem). I learned that although Indians do not always express their emotions verbally, we do a good job about expressing it through the foods we make and eat. This was also discussed in class as food is my family’s love language. I also wanted to highlight the lack of care among Indians when they eat messy foods like rice, kurri, and Jalebi.

Instead of hesitating to look both ways similar to the Italian poem, Indians would simply lick their fingers without a second thought. I do not know if thats a good or bad thing, because that could get a little embarrassing but I do love how confident most Indians are.

The cultural DNA is affluent in both of these poems. In the piece that I read I noticed that Italians place an emphasis on affection and openly expressing love through giving gifts (stealing a flower for a loved one), whereas in my poem the expression of love is on the down low. The gift my uncle left me was very much hidden as he gave me the gift of a food combination that most do not know about. When my grandmother made mug we would typically eat it with rotli (bread), however one day he mixed the hearty mug in with some light fluffy rice in order to make an amazing combination that I still appreciate. In this poem/story I chose to use rice as the noodle because we discussed the broad definition of noodles and pasta, and I do consider rice to be India’s version of the noodle. Although it may be a little smaller, it contains similar ingredients with a different method of cooking. This has been one of the best gifts he has given me and I love how I was able to realize that through this class. 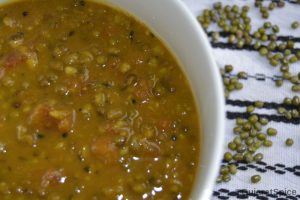