In the first chapter of his Phenomenology of Spirit Hegel discusses the concept of sense certainty.  Like Kant, Hegel maintains that the process of obtaining knowledge is not purely sensory (Empirical) nor purely in our minds (Rational) but instead a cooperative act between mind and matter, one always mediating the other. Unlike Kant, Hegel discusses the implications of this duality and thus makes the distinction between certainty and the truth.

“The force of its truth thus lies now in the ‘I’ .”(Phenomenology of Spirit 61).

Hegel presents sense certainty as a sort of weak individual truth, completely dependent on the “here” and “now”, which is all relative to the individual or the “I”. In this way two individuals can be certain of conflicting things where both individuals experienced authentic sense certainty and both certainties are equally true to “now” and “here” of each individual (Phenomenology of Spirit 63).

Although Hegel does discuss universals(real truth), which are more enduring pluralities of truth, this does not entirely make up for indefiniteness of truth presented by sense certainty. It is kind of weird to think that on an individual level we all have our own truths that can deviate from any absolute truth— or that we are under the illusion that we encounter the world through these immediate truths. The universal truths might be different from an individual’s truth but can we really discredit their truth?

I keep thinking about a news article I read the other day about a bunch of drunken soccer fans vandalizing the Fontana della Barcaccia in Rome. The article described the tears of art experts and the outrage citizens and, most memorably, the outrage of a certain art historian who called the soccer fans “idiots” who are “are incapable of understanding the beauty of art and of Rome”. The name of the fountain literally translates to “the fountain of the old/ugly boat” and it is apparent why. Initially, I was upset over the vandalism of the historic fountain but after a while I kept wondering if it was justified to throw people in jail and charge them outrageous fines because they chipped a Bernini fountain rather than some fountain at the local mall. Many people are certain of the fountain’s value and beauty but what is that worth to a bunch of individuals with different certainties? Is that old boat truly art? And even so, how can we prosecute based on something as ambiguous as truth? 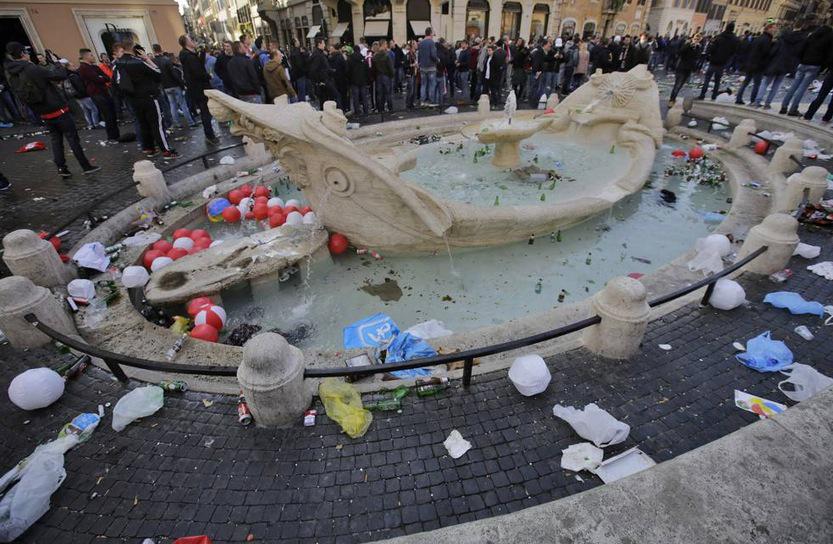 This entry was posted in Knowledge and tagged hegel, Phenomenology of Spirit, sense certainty, Trieste. Bookmark the permalink.

4 responses to “Certainty vs. Truth”