Six hundred and twenty miles straight across from Arkansas, Oklahoma, and Texas to New Mexico.  I’ve done the long flat dry southwestern crossing several times before.  But never like this.  Of course it was a different world then.  In 1971 in rural eastern Colorado gas went for 18-cents a gallon. The drylands and deserts were lands of amazement amped by anxiety of crossing them in a mere motor vehicle, at least as I had at the time.  My first trip across – driving a big U-Haul truck towing my car – left the latter with all four tires disintegrating to molten rubber and steel-belted shrapnel in the middle of nowhere Nevada at 3am.  My return trip had a stronger car trailer, but the bolts unloosened and my Buick swung behind the truck on the thread of a single safety chain.  My third trip across yielded a bulging tire on the trailer in Winnemucca NV that threatened to explode and flip the car at high speed.  On the fourth my air conditioner condenser blew out in the middle of Oklahoma, its heat and dust enveloping me for the rest of trip.

But each time I had felt the scope, the depth, the awe of the landscape – and the self-conscious dignity of those who struggled to stay in it. This time was different.  The road was so smooth and the car as well; it wasn’t a trial at all to get across, just like driving anywhere – but minus the traffic.  Through the hotels.com app we easily booked a nice BW in Tucumcari NM en route. We arrived so easily, piped in on a bubble of self-seclusion.  I remembered my pathos from before. I wondered what had become of the lives I had crossed them so fleetingly then, in need and travail myself at the time.  This time we sang “Oklahoma” from Roger’s and Hammerstein as we rolled: “We know we belong to the land!  And the land we belong to is GRAND!!” Even as I remembered Roxanne Dunbar’s Red Dirt, about what it was really like to be a poor white Okie hick with an alcoholic mother in the post-dustbowl Oklahoma of the 1950s.

We pull into the palatial Love’s gas to get the same foot-long deluxe turkey and ham double-meat subs that we do in Atlanta, with Italian Herbs & Cheese bread and provolone cheese and toasted with everything on it including chipotle and sweet onion sauce.  The woman at the counter is so pleasant.  I think of the lives of those who live or used to live in the country away from the highway.  I suspect they aren’t driving a 2015 Lexus SUV, even if bought used, like mine.  Wherever they are, it is galaxies away from my present experience.

We’ll come back to New Mexico later, its crannies and byways waiting. The present crossing seems barely a down-payment.  But this is itself, perhaps, a testament to the ease-of-passing occlusions of capitalist ‘development’ in the current rural Southwest:  of moving through while barely stopping to consider. 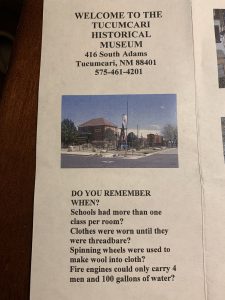 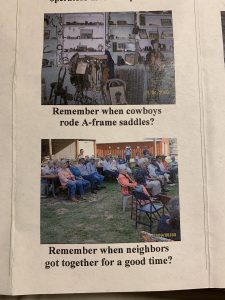