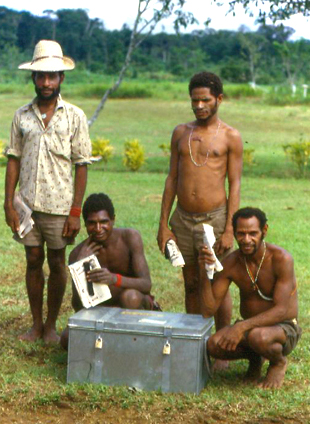 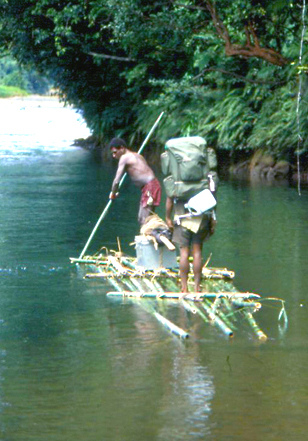 2. First patrol: crossing the Sio River on a makeshift raft.  Yuway is poling the flimsy raft, Nogo wears my pack during the tipsy crossing. 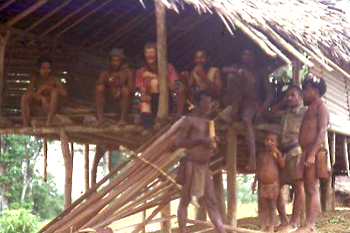 3. First patrol at the end of the line. Distant village of Honabi, south of which, “There are no more people!” 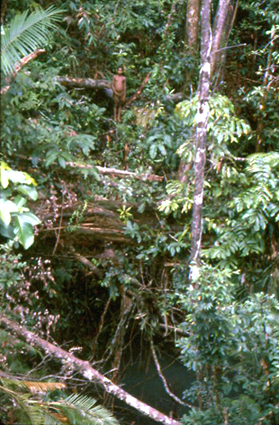 4. The immensity of the rainforest (hard to capture on film!). For scale, see the boy standing in the upper middle of the photograph. 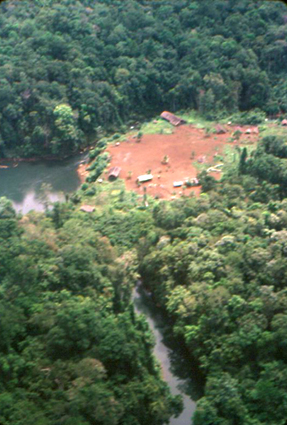 5. Yibihilu from the air, afar: a footprint amid a sea of rainforest 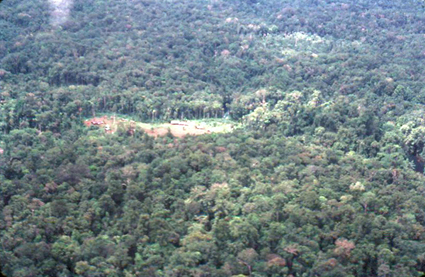 6. Yibihilu, place of the deep water: village clearing on a bluff at a bend in the Kum River. The village longhouse is toward the top of the clearing; Bruce and Eileen’s house is toward its bottom. The photo was taken from the air on returning from a field break, when the plane passed over Yibihilu in route to the Nomad airstrip. 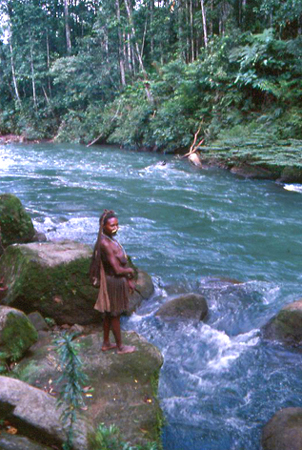 7. Gebusi woman, Boyl, stands on a ledge by the rapids of the Kum River. These are overlooked by the Yibihilu longhouse, which is higher on the bluff, above where Boyl is standing. 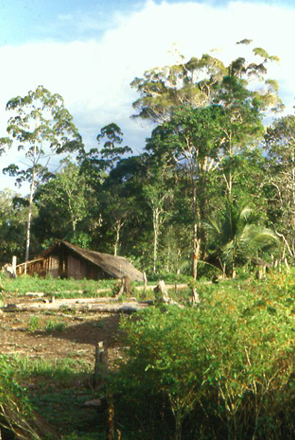 8. Approaching the Yibihilu longhouse from across the village clearing. 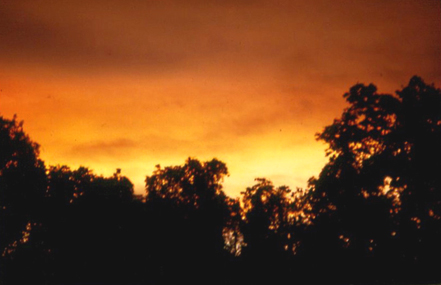 9. Sunset over the treetops, taken from Yibihilu village overlooking the Kum River 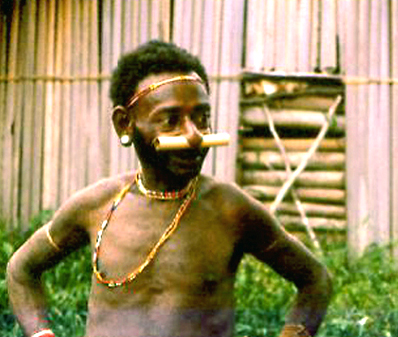 10. Yaba, a senior man and the biggest jokester in Yibihilu, 1980-82, wears a large bamboo noseplug. (Nasal piercings are begun with a small bone needle when the person is young. The hole is gradually stretched bigger by inserting larger noseplugs as the person gets older.) 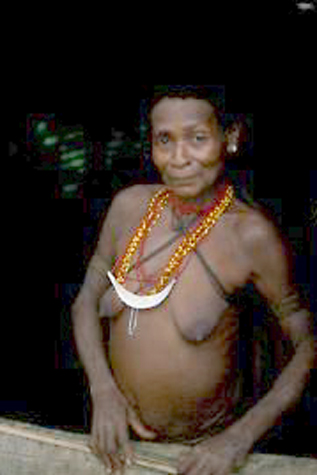 11. Dokiayn, a senior woman of the Yibihilu community. In 1980-82, women were not ashamed to appear bare-breasted in the village. 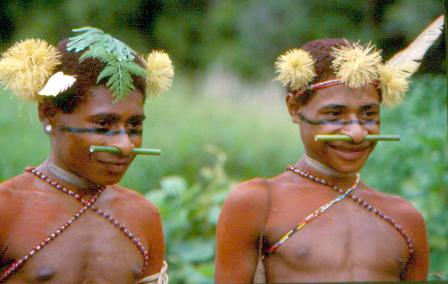 12. Teenage Gebusi boys: Terkabo and his friend from another community dress up similarly to indicate their friendship 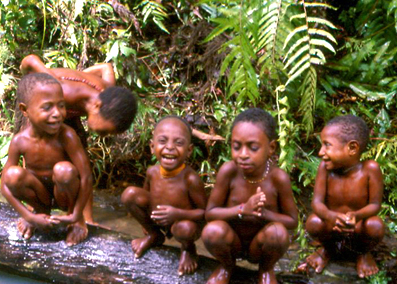 13. Good company among children: young boys play on a log. Gebusi children often play on their own in the rainforest near the village.