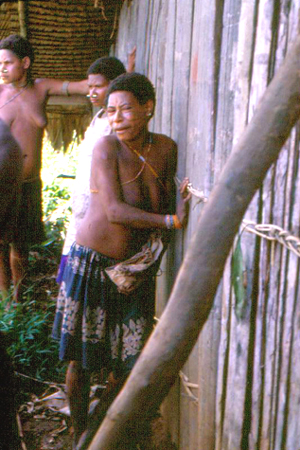 2. A woman mourns the death of her younger brother. 3. Daguwa, sitting on the longhouse porch shortly before he committed suicide. 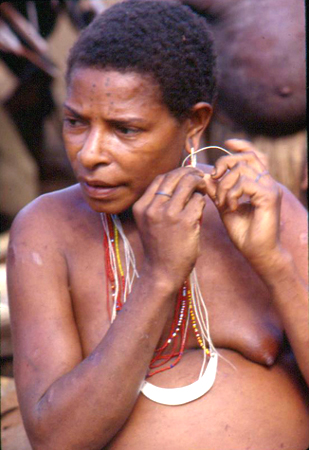 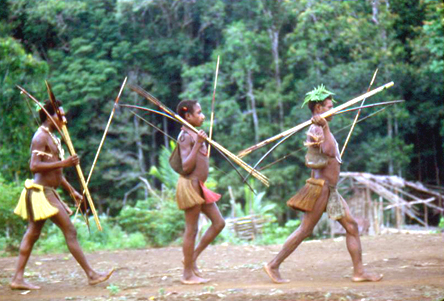 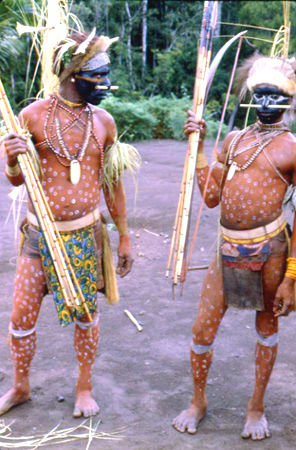 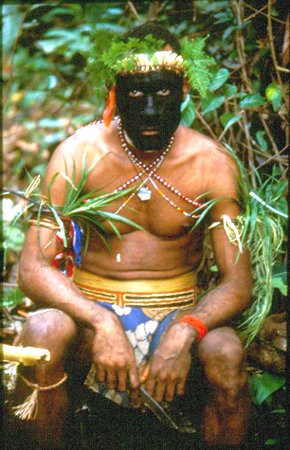 7. Wahi in mourning, prepared for a funeral fight 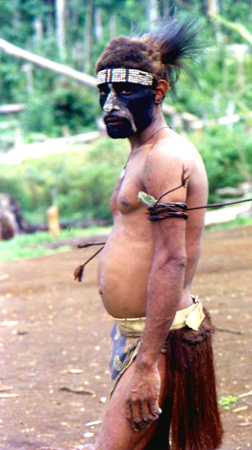 8. Wahi in mourning for a second death 9. A fight breaks out at a funeral in Yibihilu for the death of a senior woman. Peacekeepers intervene between the two sides 10. Corpse of a young man (Halia) is carried out of the house for burial at Yibihilu. 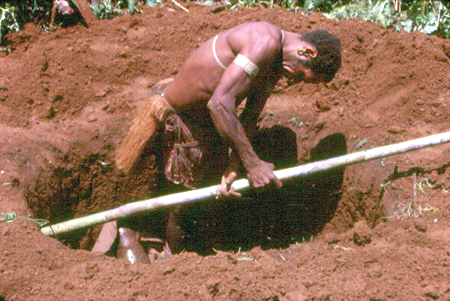 11. A Gebusi man starts to construct a platform of poles and bark in the grave above a corpse. (Part of the corpse, shiny with cadaveric fluid,  is visible in the lower left of the frame.) 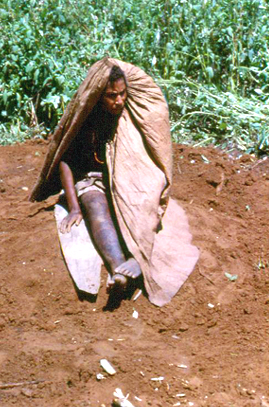 12. A woman mourns on top of a completed grave. Her legs are coated with dried cadaveric fluid from the corpse. 13. A woman whose husband has just died is consoled. 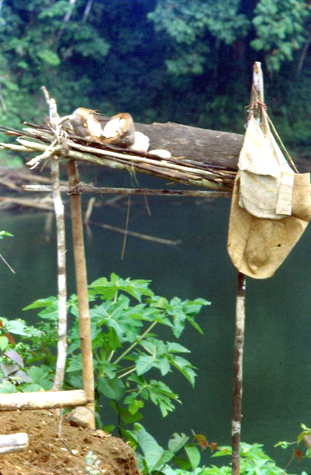 14. A memorial constructed atop Daguwa’s grave, including coconuts and other food for his spirit to eat and new bags that his female kin had recently made to give to him.. 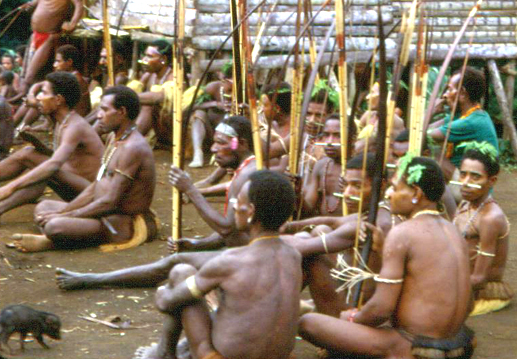 15. Armed visitors listen to the account of Daguwa’s death at his funeral. 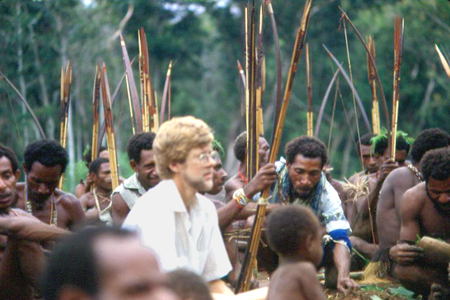 16. Bruce in the midst of armed men discussing Daguwa’s death. 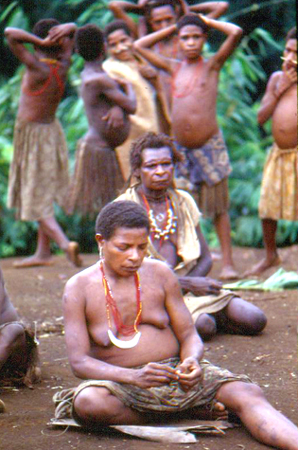 18. Hosts run into the longhouse at Yibihilu with plates of food to appease the visitors. 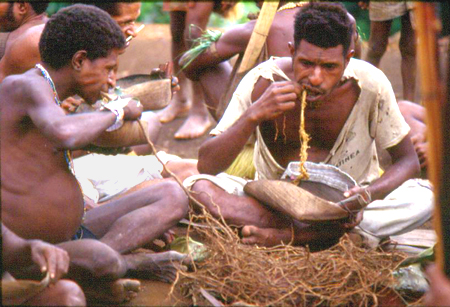 19. Kava root (gowi), a mild intoxicant, is chewed and mixed with water before serving to visitors. 20. Sasaga ladles kava into a drinking bowl made of a palm spathe. 21. A costumed man drinks a bowl of intoxicating kava. 22. Two funeral antagonists make peace by sharing a pipeful of tobacco smoke over the grave of the deceased. 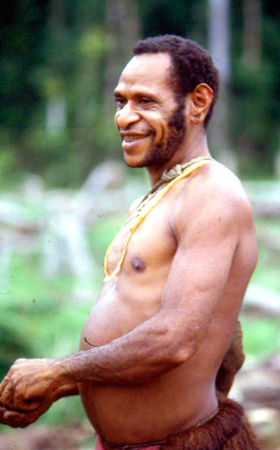 23. Swiman, the spirit medium who married Saliam — and who had previously killed her mother.  Swiman was the main spirit medium of the Yibihilu community.  He communed with the spirits regularly during public séances and in his dreams.