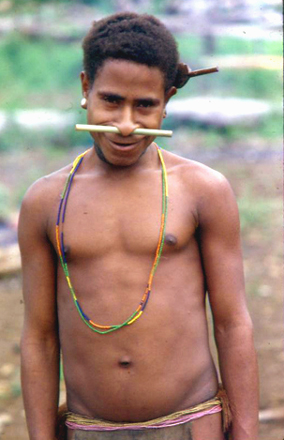 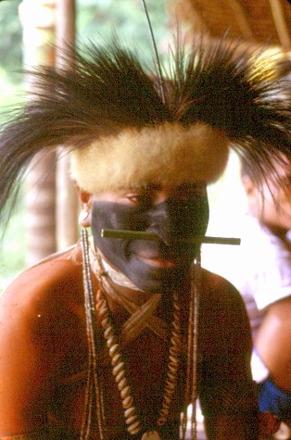 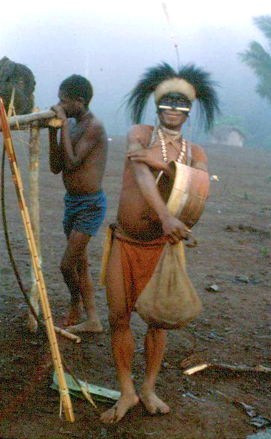 3. Mata, at dawn after a night of partying. He is  collecting his things before walking home from Yibihilu to his hamlet settlement. 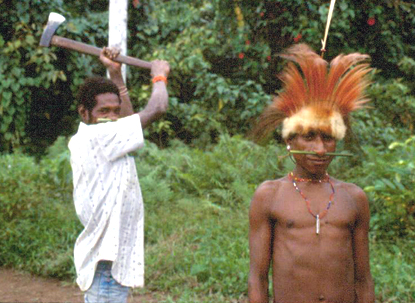 4. Joking on display. A young man, Solwoy, jokes that Sasaga is so handsome as a “red bird-of-paradise” that Solwoy will alleviate the frustration of seeing him – by axing him! 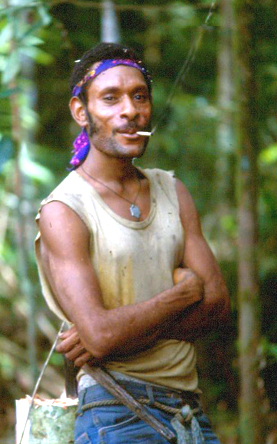 5. Wahi, in a jaunty display of cosmopolitan attire. 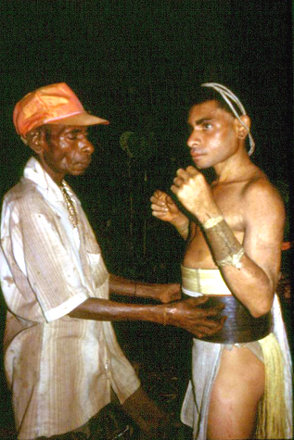 6. Male mentorship: A man carefully adjusts the waistband of an initiate 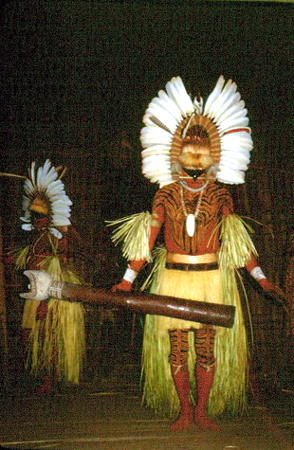 7. Male Gebusi dancer in standard spirit costume. The upper body decorations are those of upper world spirits, especially birds and the possum (which lives in trees).  Lower world spirits are indicated on the lower body by the crocodile-mouth drum and crayfish claw rattle at the rear of the costume.  During the dance, the crayfish rattle clacks and bounces; this is said to be like the tail of a fish as it cascades over rapids in the river.  In all, the dancer symbolizes the totality and harmony of the Gebusi spirit world.. 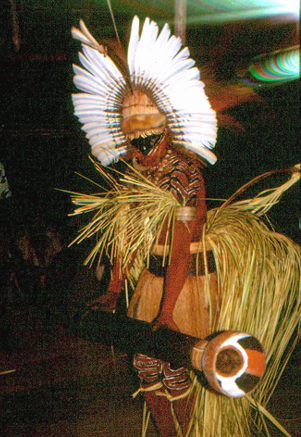 9. Nolop, married woman, mother of Damya, husband of Wosip — and illicit partner of Modiay in 1981 11. Women of Yibihilu joking during a major feast (clothes given as gifts by Eileen). 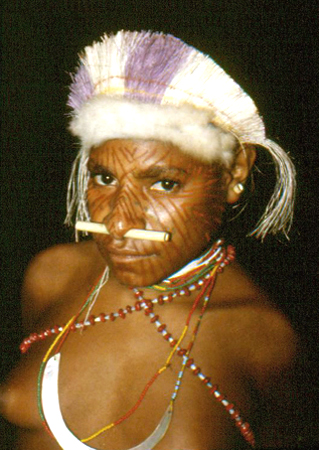 12. This young woman, named Toym, was said by the men of Yibihilu to be a human approximation of a beautiful spirit woman. On first seeing this photo, men turned away mockingly, saying they were too overpowered and frustrated by the sight of Toym’s beauty to look at her image. Ironically, the woman’s name, Toym, also means “taboo” in Gebusi.