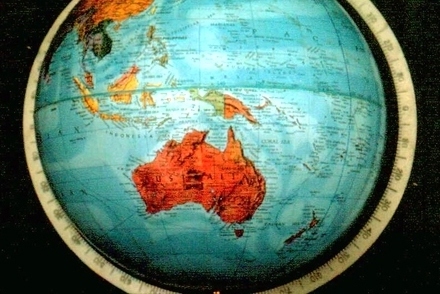 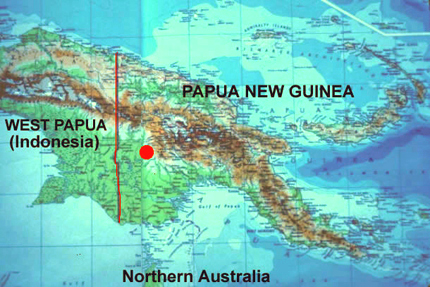 2. Location of Gebusi (red dot) in the Western Province of Papua New Guinea. The Gebusi are a small and sparsely settled group at the northern edge of a vast lowland rainforest.  Their hot tropical environment is just south and east of highland mountains and valleys that provide more temperate living conditions and support larger numbers of people. 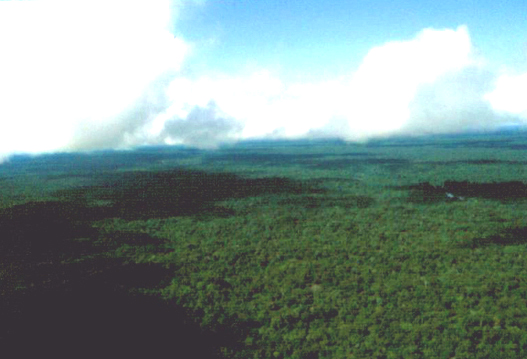 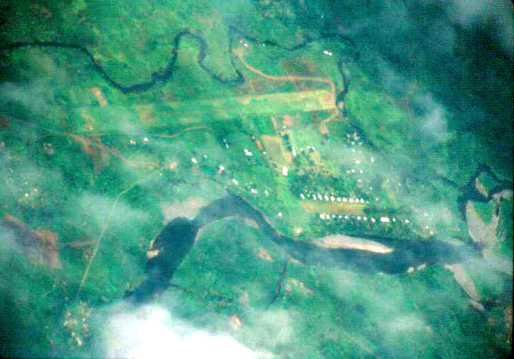 4. Nomad Station from the air, nestled near the confluence of the Nomad and Hamam Rivers 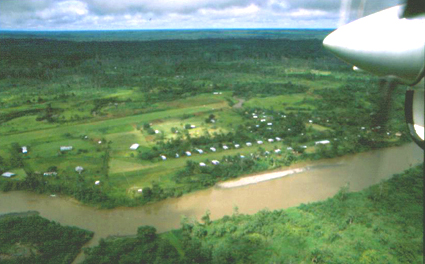 5. Nomad Station, Nomad River in the foreground, station houses in the middle, and airstrip behind 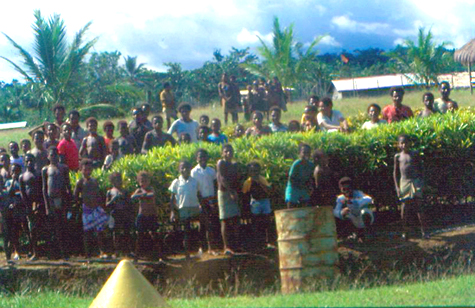 6. First photograph taken from the plane window upon landing at Nomad in spring, 1981: faces line the airstrip.