Silence has become a commodity in today’s culture. We are inundated on a daily basis with noise. Whether it is the sound of traffic, a TV, a siren, people talking, a YouTube video, or any number of social media outlets, noise fills our lives. So familiar is the sound of noise that we have become accustomed to it and even expect it. We are often unaware how noisy our lives are until there is quiet. Stuart Sims in his book Manifesto for Silence: Confronting the Politics and Culture of Noise, argues that we need more silence in our lives and less noise, and that noise is being marketed as a commodity and is a means of exploitation.[1] According to Sims, choosing silence “can become a political statement, a refusal to accept the swamping of our culture by imperatives of big business corporations and multinationals.”[2] Silence becomes for those who seek it, a counter-cultural label that threatens the accepted culture of noise. 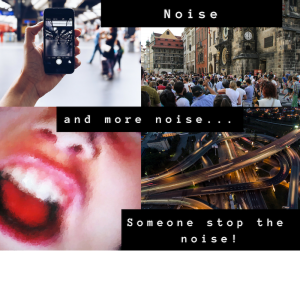 The sad truth is that the politics and culture of noise has also infiltrated the Church and the Christian life. The Church does not often embrace or understand silence. Programming is created around noise to keep the church busy and productive. Creating space for silence and reflection is often avoided and neglected. Whether it’s the worship service, church activities, or missional expressions of church, all tend to avoid silence and fill the air with busyness and noise. Inevitably, a lack of silence prevents one from hearing God’s voice.

Something Old Becomes Something New

This seeking after silence has a biblical foundation in both the Old an New Testaments. The prophet Elijah runs to the silence of a cave to listen for God, and Jesus often sets out to deserted places to pray in the midst of his hectic ministry. As Christian tradition shows, many in the early church found it necessary to leave the confines of the world’s noise and seek the quiet interior of a cave or a community based on silence. One such tradition is the monastic tradition which, even today, exists for the purpose of silence, contemplation, and prayer. Perhaps today’s church has something to learn from the past. Perhaps something old like silence and prayer can become new for Christians who are seeking something more and who long to hear from God. 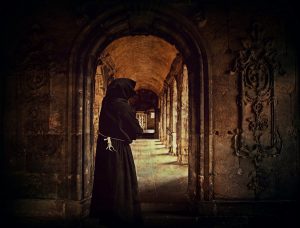 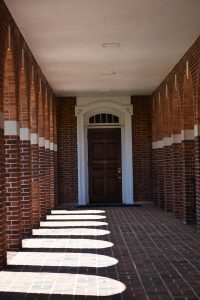 It is this desire for more in the spiritual life and a lack of silence in the Christian life, that sparked an interest for me on how silence can be experienced in a life of faith, particularly within a church setting. How does a Christian experience silence and hear God in today’s busy, noisy world? The most accessible means are through prayer and contemplation. Prayer invites one into an intimacy with God through words and silence and it allows for contemplation and reflection. Through this, one can be open to listening and hearing God. This project is concerned with the role of silence in the Christian life and how prayer, contemplation, and the ancient prayer practice of lectio divina can be a means of encouraging and experiencing silence so that busy Christians can hear and listen for God.

How a Faith Community

Every faith community has a story to tell. Often there are multiple stories and these stories are intertwined with the faith community’s history and its people. Part of the role of being a reflective practitioner is to listen to the stories that the faith community shares about itself. Elaine Graham, Heather Walton, and Frances Ward identify this method as “’Writing the Body of Christ’: Corporate Theological Reflection.”[3] The primary purpose of this method is to listen and reflect on the internal metaphors or practices that inform the identity surrounding the common narrative of the people. In this instance, the Body of Christ becomes a collective understanding of how the congregation is or can be formed through silence, contemplative prayer, and worship. This practice also examines a congregation’s willingness to be open and receptive to God working within their own context toward a new understanding of communal identity. 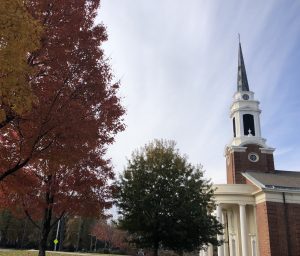 This project takes a look at how a congregation in downtown Marietta, Georgia encounters God through silence and contemplative prayer and if through these encounters the congregation is willing to develop further practices of prayer and listening that would encourage further spiritual practices and encounters with silence. To get at the heart of this congregation and discern its practices, this project uses a case-study, a survey, questionnaires and observations, and several personal interviews as a means of evaluation.

Below is a recording of the contemplative worship experience.

Throughout this process, I have been in conversation with several individuals to find out how these experiences impacted their spiritual life, if at all.  The findings were interesting and will be discussed below. One of the things that did come out of this project was that people of all walks of life, whether they are single, married, families, empty nesters, or senior adults hunger for silence in their lives. A few make it a priority but most consider is something that is unattainable or not even possible in their day-to-day lives. Certainly, no one seems to be looking for silence in the church or in a worship experience or even expecting it to be something that should be offered as a means of developing one’s spiritual life. If the church does not offer a space for one to experience silence, whether through prayer, contemplation, or worship, how can one hear the “gentle whisper”[4] of God that Elijah the prophet hears when God speaks into the silence? 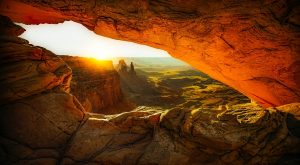 Several things collided as I began to discern what informs the identity of this community of faith. The first is that nearly 90 percent of those who took the survey on prayer, identified that they prayed either once a day, most days, or several times a day.  But though many responded that they pray, 57 percent have no discernible prayer practice. When asked if they would be interested in using lectio divina as a prayer practice, 40 percent said they don’t know, while 48 percent said yes, and 12 percent said no. What I discovered is those that said they don’t know if they would be interested in lectio divina said this because they are either unfamiliar with it or do not know whether it would be a resource that would be beneficial for them. It was hopeful that some indicated that they would be interested in learning an ancient prayer practice which indicates a desire to deepen their prayer and spiritual life. What the survey revealed was a lack of knowledge about prayer and spiritual formation, within the congregation

It was exciting to see that many were interested in participating in the introductory lectio divina session that was offered. So curious were the participants, that they filled the room to capacity. The session received positive reviews and several wanted to learn more about the practice, but when I followed up with several who had attended and were asked if they had incorporated the practice into their prayer life, each one said no. Clearly, one session does not develop into a discipline of practice but it does raise the question that if this ancient practice were offered more often would it become a discipline of spiritual practice for some in the congregation? 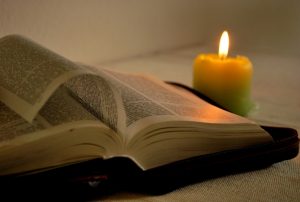 Image by sachbearbeitung from <a

Unfortunately, the contemplative worship experience did not draw as many participants as the lectio divina session, and it could be because of the time and the season (Sunday evening during Advent) or because there was a lack of interest and knowledge about what a contemplative worship experience is all about. Offering several additional services would help gauge the interest from the congregation and whether this kind of service could be added as a means of prayer, worship, and a conduit for hearing and listening for the soft whisper of God.

Finally, introducing the congregation to silence through lectio divina was a powerful and very meaningful experience for me as a reflective practitioner and pastor. So often in the church we read scripture for information but when we read it for spiritual transformation if becomes a means through which God can speak. Henri Nouwen says, “We receive the word into our silence where we can ruminate on it, mull on it, digest it, and let it become flesh in us. This way lectio divina is the ongoing incarnation of God in our world.”[5] Just in the one introductory session I was able to hear as individuals shared about their experience. Some of the participants said they heard God speaking to them while others said they could feel that God was close by. It was very meaningful to see a congregation actively listen for God through the scriptures rather than just trying to figure out what the text says and means. By exposing the congregation to an ancient prayer practice such as lectio divina, the Christian community is given an opportunity to become not just a metaphor for the Body of Christ but the very incarnational presence of Christ in the world.

“We receive the word into our silence where we can ruminate on it, mull on it, digest it, and let it become flesh in us. This way lectio divina is the ongoing incarnation of God in our world.” Henri Nouwen

There is more still to do with this project. The hope is that through creating spaces for silence, whether in worship or in lectio divina groups, a community of faith can begin to develop prayer practices that invite silence and challenge both the congregation and individuals to not just desire it but to seek it out. Many Christians hunger for spiritual food and desire to know God in new and deep ways. The church is the place where this spiritual food should be offered. If not the church, then where?

The Sound of Silence: Listening to the Word of God with Elijah the Prophet by Joseph Chalmers, O.Carm.

Silence and Witness: The Quaker Tradition by Michael L. Birkel

The Silent Life by Thomas Merton

The Power of Silence: Against the Dictatorship of Noise by Robert Cardinal Sarah