A Boy and His Idea 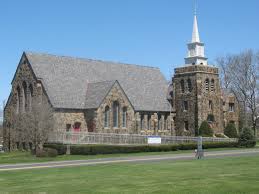 You see, St. John’s, like many other long-established mainline churches, had been in gradual decline for years.  When I was the pastor there St. John’s had a Sunday attendance of perhaps 50 people, of whom all but perhaps a dozen were retired.  In addition, the church was running a budget deficit, which threatened to consume the parish’s savings in less than a decade.  Nevertheless, despite the fact that they understood the challenges their church was facing, St. John’s members were doggedly resistant to change, preferring, in essence, to love their church as it was, even if that meant they might be loving it to death.  Like many other pastors, I faced a question: Is there a way to bring new life to a church whose members are adamantly against change?

Perhaps there was.  Perhaps one could start what would be for all practical purposes a new church within the existing St. John’s church.  The new church would share the building, budget, and staff with St. John’s but would be free to chart it own course, making the changes that St. John’s current members were loathe to make.  This approach to church renewal would seek to combine the best features of the “new church start” and “church revitalization” models for church renewal combining the freedom to innovate characteristic of new church starts with the existing financial, staffing, and building resources available in church revitalization.  I suggested the idea to some of St. John’s leaders, and  most of them really liked it, not least because, as one St. John’s member put it, it gave them the chance “to change everything, while at the same time changing nothing.”  Working with St. John’s leaders we made, plans, sought funding, even debuted an trial new worship service.

And Then, I Got Another Job 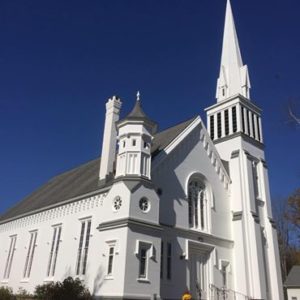 On the first Sunday of this past October I began as the new minister in the First Congregational Church of Kent, Connecticut.  While FCC Kent is a different church, in a different region, with a different history than St. John’s, Easton, it still shares the problems of a long, gradual decline in membership, attendance, and resources, compounded by a congregation who love their church and rather like things just the way they are, thank you very much.  If my “new church start within a church” idea would work with St. John’s, it would likely work just as well in my new setting.  But how could I introduce the idea?

The literature on pastoral transitions proved singularly unhelpful.   While most writers on pastoral transitions tend to offer the same advice: get to know your parish and your community, build relationships with key lay leaders and staff, and take things slowly, they seem to assume that ministers have never developed a program, or begun a ministry, or even had a new idea in one setting that they might want to introduce in another.  If the literature was no help, I would have to come up with something on my own, something that took into account the reality that I had not yet developed relationships with the leaders in my new church like those I had in my previous church.  I did not need the literature to tell me that I could not simply introduce my “new church start within a church” idea in a congregation where I had yet to fully win the trust of the people.

I was obliged, therefore, to consider a theological question: Why?  Why was I so interested in this “new church start within a church” idea?  And what did I hope to achieve with it?  The answer came down to the Great Commission and the Great Commandment, which the church, as I understand it, was created to fulfill.   I decided that, rather than simply introducing my “new church start within a church” idea, I would instead hold a series of discussions with lay leaders in the church about how they understood the Great Commission and the Great Commandment, and what role, if any, they played in the life of their church.  In the end, I hosted three such discussion, which included most of the members of FCC Kent’s four standing committees. 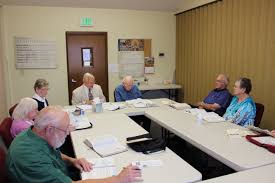 There were three interesting things that came out of the discussion groups.  First the discussions made me more aware of the  differences among FCC Kent’s members.  While most of the church’s members are on the mainline, or more liberal, side of the Protestant divide, the church also has a significant minority of more evangelical members.  These more evangelical members were much quicker to find inspiration for their church’s ministry in the Great Commission, and were much more interested in reaching out to their community to encourage people to come to church, while the church’s more mainline members were more likely to cite the Great Commandment in thinking about outreach in terms of service as opposed to evangelism.

Another interesting point that came out of the discussions was differences between groups of members I thought of as the “dissidents” and the “defenders.”  The “dissidents,” while hardly dissatisfied with their church, were more aware of FCC Kent’s shortcomings, more comfortable talking about them, and more interested in doing something to address them.  The church’s defenders, on the other hand, while not dismissive of the dissidents concerns, clearly did not share them, and in some cases, were quite astonished to learn that some members of their church do not experience it the same way they do.

Finally, I was surprised, but pleased, that the third discussion group came up with the idea of forming some sort of group to address both how the church can reach out to the community (both in terms of service and evangelism) and develop new opportunities for fellowship and relationship-building within the church. In the week following the third discussion group’s meeting five members of the church had volunteered to serve on what we are currently calling the “Church Growth Team,” and the Team was officially authorized by the Church Council.

Which demonstrates, I suppose, that sometimes a leader really can lead best by listening.

One Reply to “Sometimes You Lead By Listening: Introducing Ministry Innovations in a New Ministry Setting”