Pedagogy and Proclamation for a White Southern Church

Addressing the Racists within for Personal and Community Transformation

Hobe Sound is quietly nestled between the cities of Stuart and Jupiter on the east coast of Florida. 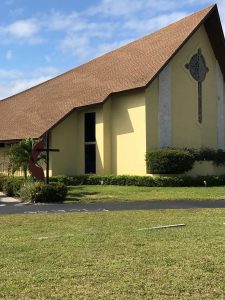 In July 2019 I was appointed to the First United Methodist Church of Hobe Sound.  Established in 1975, this all-white, five-hundred-member church, worships three hundred parishioners weekly. The congregation trends older, comprised of retired baby-boomers.  Directly across the street is an all-black, Baptist church. It does not take long to see that the churches and the community remain segregated based on race.  Most black residents of the community live predominantly in two distinct neighborhoods, Banner Lake and Gomez. The Gomez community lies directly across the street from the Methodist Church.  White residents make up many surrounding neighborhoods. 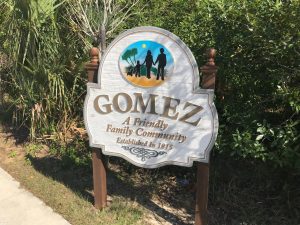 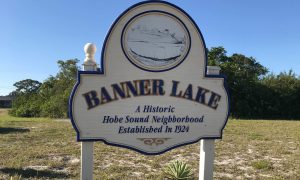 A Bible study revealed that people from this congregation were unaware of their participation afflicting both this community and the local church. One church member summed up this congregation’s lack of engagement when she exclaimed; “I don’t even know how to talk to those people”.  Probing, it was discovered, that many in this congregation, saw no disparities between the races.  They knew racism existed, just not here.  The very thought of being a racist, called a white supremist or even contributing slightly to racism was met with refutation and defensiveness.  Robin DiAngelo identifies this as white fragility.  Consciously and unconsciously, white people are socialized into being white supremacists, to protect, perpetuate, and reproduce white supremacy.[2]  Most people in this congregation have come to believe that all Americans are on equal footing.  In many instances, defiant responses were received at the mention of white fragility, white privilege, racist, white supremacy, and systemic racism.

To address white participation in racism, a questionnaire was designed.   The terms: white fragility, racism, white supremist, white privilege, and systemic racism were introduced in the questionnaire.  The data indicated an inability to identify personal involvement in racism. Could a teaching curriculum and preaching series serve as a catalyst for transformation?

I propose there will be a change in awareness of, participation in, and attitudes toward racism when congregants are exposed to a sermon series preached in conjunction with a curriculum that addresses issues of race.

Then a series of unforeseen events occurred.  Much of 2020 was consumed by the Covid-19 pandemic.  The nation watched as several black lives were taken at the hand of a white police officers.  Tensions from the pandemic and protests in the black community, set the nation, including the Church, against one another.  Sides emerged, including, but not limited to, those who supported the protests for black lives and those who defended their whiteness.  Much of the congregation of First UMC, Hobe Sound aligned with defending their whiteness.  This congregation expressed defensiveness and even anger at the very mention of further talks on race.  It was feared that those who might otherwise be open to new ideas, would also retreat to a position of defensiveness. Further complicating the research was a lack of in-person contact.  Identifying body language and observable engagement/disengagement of the participants would be difficult. A determination was reached to postpone the next steps of proclamation, teaching, and evaluation.

I propose, given the correct environment, white Christians can be educated in their participation in racism.  Through instruction and proclamation, white Christians will be able to transform.  To integrate segregated systems, whites need to understand the many ways they continue to participate in racism by discriminating against persons of color.  By active participation in the sermon series and in the racial equity training modules, members of this white congregation should be more aware of their participation in a racist system and further, they would desire a change in their thought and behavior.

A preaching series will begin with Luke (Lk 10:38-42), where two sisters are contrasted, one who takes time to do what she thinks is needed without first asking and one who simply takes time to listen. The series continues with (Lk 10:25-37). Here, we see love without preconceptions in action.  Proclamation moves next to inform us that people in essence are no different from one another, in that, we are all equally beloved by God, (Gal 3:26-29). The sermon series concludes with Luke (12:13-21where a rich fool represents this white congregation, who prefer to remain in control of their position, and/or their influence.  The lesson in this message rests in an ability to shift one’s perspective to form genuine community.

Simultaneously a curriculum will be taught in conjunction with the sermons on four consecutive Saturdays.  The method for instruction will utilize the circle method, as recommended by Yvette Murrell and Mariah March.[3]  Teaching modules developed by World Trust will be used as the primary teaching platform.[4]  In the first session understanding racial inequity is the focus.  The second module uses a racial equity lens to frame current issues of inequity toward people of color.  The third module investigates the processes for building community, one devoid of white privilege and supremacy.  The modules conclude with a discussion around shifting perspectives, through self-identifying and confronting the racist within ourselves.

It is hoped that when the political and social climate ease, when the fear of Covid-19 diminishes through a vaccinated population, when people begin to experience a new normal, and when a sermon series is preached in unison with supporting modules to educate a white congregation, transformation will occur.  It is further hoped that when conducted in a time of less national stress and the end of Covid-19, the congregation of First United Methodist Church in Hobe Sound, Florida, will acknowledge the racist within themselves which feeds systemic racism, white privilege, and white supremacy.  They will then use their awareness and understanding to initiate transformation in the community of Hobe Sound.