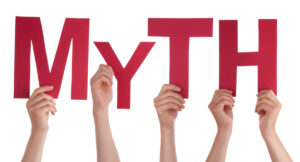 Photo by Nelosa on iStock

The age-old saying that poverty is the fault of those who experience it is far from the truth. That is a myth; better yet, a lie! The truth is poverty affects everyone. One manifestation of poverty is food insecurity, which often leads to health issues such as diabetes. This was validated through various literary reviews and research studies, including stories from long-time residents of Florence, South Carolina, more specifically those that reside within a three-mile area surrounding Central United Methodist Church. Central is located in the heart of downtown Florence and is considered one of the most influential churches in the city and is close to the one area in Florence marked as a food desert. Thus, as one of the Pastors of Central United Methodist Church, I was compelled to challenge my church to help mitigate poverty. 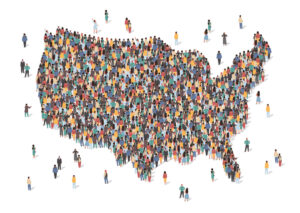 Photo by SiberianArt on iStock

According to the charitable organization Feeding America, over 35 million people lived in poverty in the United States in 2019, meaning that a family of four earning $25,000 per year struggled with poverty. More than 10 million of these people were children.[1] Poverty is not restricted to so-called third-world countries such as Haiti; it is also present throughout the United States. In 2021, Florence had a population of 38,531 residents, of whom 19.1% had an income below the defined poverty level, which is 5.3% higher than South Carolina’s average total poverty level.[2] Poverty adversely affects everyone, not just people suffering from this devastation. To make matters worse, South Carolina was ranked 45th in the United States for residents with diabetes.[3] Learning of these alarming statistics, I felt called to invite community and church leaders to join together with other vested stakeholders to mitigate poverty, food insecurity, and common diet-related disorders such as diabetes in our community through The 2×3 Collective Impact Initiative. 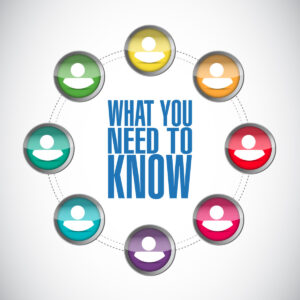 Photo by alexmillos on iStock

What is The 2×3 Initiative?

The initial idea behind The 2×3 Collective Impact Initiative jumpstarted a collective effort that helped stakeholders mitigate poverty, food insecurity, and diabetes, thereby mobilizing sustainability within a three-mile area. Also, the primary guiding scripture for this initiative was Matthew 25:31–40, wherein Jesus fed the hungry and cared for the least among people. Jesus’s examples in this biblical lesson were inspirational and encouraging and exemplified His compassion for hungry people. Thus, The 2×3 Collective Impact Initiative became a much-needed example of Jesus that promoted encouragement and learning, which helped Central United Methodist Church with local community entities such as local schools, businesses, and agencies. This idea represented the two (2) in the initiative’s name. The initiative also focused on a three-mile area surrounding Central United Methodist Church, as this micro-area made the initiative more manageable. Also, the initiative was guided by the Christian principle of the Trinity (The Creator, Jesus, and the Holy Spirit). Thus, the three (3) in the initiative’s name represented the Trinity and the three-mile area. These ideas were essential to the initiative (project).

The 2×3 Collective Impact Initiative formed partnerships with community entities concerned about poverty, food insecurity, and diabetes. The concept was designed to help people mitigate these issues in sustainable ways in the broader Florence community. Specifically, partnerships were orchestrated with the following community entities, which are not limited to this list:

Community partners collectively invested in the positive changes brought about by The 2×3 Collective Impact Initiative, and each partner played a unique role in the plight of the initiative. 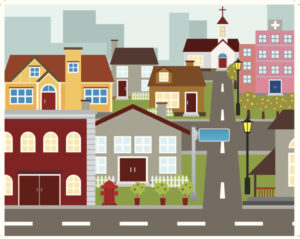 Photo by elieli on iStock

The Plight of The 2×3 Initiative

Through The 2×3 Collective Impact Initiative, Florence’s churches and communities made a collective effort to mitigate poverty, food insecurity, and diabetes in the city. This was done through health awareness seminars on preventing or managing diabetes, cooking classes that showed attendees how to prepare meals using healthy food alternatives, and presentations on how to start a simple home garden. Also, a social media survey was conducted in the micro-area (three-mile radius).

According to the survey findings, 26 people 18 years and older, responded to the social media survey. The survey was specifically set to reach 5,000 people within the three-mile area. Each potential respondent was asked to select the closest landmark to their current residence. The results were as follows: 46.15% lived near Briggs Elementary School, 34.62% lived near MUSC Florence Hospital, and 19.23% lived near West Florence High School. Of the 26 people who responded to the survey, 23 were White, two were Black, and one was Hispanic. Additionally, from a list of income range choices, 19.2% reported an income of $13,000–$21,000, 11.54% reported $22,000–$32,000, 11.54% reported $33,000–$50,000, 30.77% reported $51,000–$75,000, and 26.92% reported above $75,000. Of the respondents, 96.1% believed poverty to be an issue in their community, and 92.31% believed diabetes to be an issue. Furthermore, 57.69% of the respondents believed that local churches do not adequately address poverty in their communities. In addition, 76.92% of the respondents stated that they practice good nutritional habits, 50% knew their glucose (sugar and A1C) numbers, and 84% respondents stated that they would be willing to participate in free educational workshops on health, cooking better meals, and creating a home garden if offered.

Although only 26 people completed the survey and the initiative incurred several delays and changes due to COVID-19, the hopeful outcome assumption for The 2×3 Collective Impact Initiative is for food citizens to resist poverty, tackle food insecurity perpetuated by unfair food systems, and prevent diabetes. The ultimate goal is to create a sense of urgency for residents, other Pastors, social service providers, businesses, and various community agencies to come together to mitigate these issues. Indeed, “the harvest is plentiful, but the laborers are few.”[4] We need help in mitigating poverty, food insecurity, and diabetes. If you are willing to help, please contact the Outreach Committee at Central United Methodist Church. Peace!