Microbes are everywhere and are critical for the health of all living organisms, including humans.  To expose people to their microbial world, We developed mycrobes.org, a website where people can watch the beautiful forms of growing bacteria and fungi that they have cultured themselves. We currently collaborate with Melanie Heckman, a science educator at the Fernbank Science Center, to use MYcrobes.org as a part of a learning module for fifth graders called “Meet the Microbes.” Last year, through Meet the Microbes and other outreach events, we cultured microbes with over 500 participants. We would be happy to come to your school or group to culture microbes and to discuss the importance of microbes in the systems that we study.

We are interested in the ways in which science can inform the creation of art and the ways that art can be used to bring scientific concepts to non scientific audiences. Below are some of the avenues through which we have explored this connection. If you would be interested in working as an artist in the lab, in using art-science lessons in your classroom or in exploring the art-science connection in other ways, please contact Dr. Nicole Gerardo. 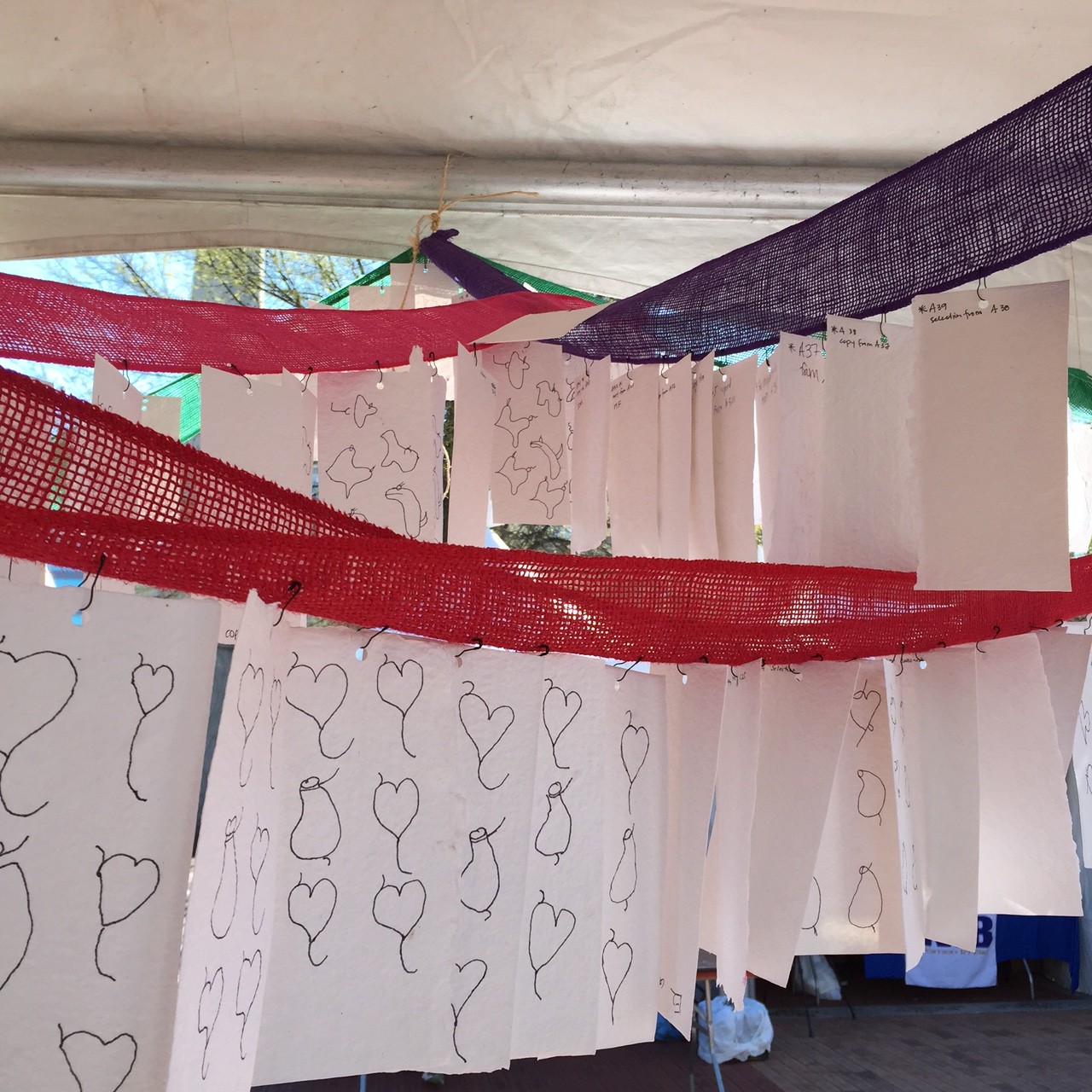 Science.Art.Wonder (S.A.W). Along with Emory undergraduate Pamela Romero (’18), Dr. Gerardo helped found S.A.W, a student organization promoting the utilization of art to explore science. In 2017-2018, S.A.W paired over 100 artists with scientists at Emory and Georgia Tech. The artists learned about the scientists’ work and then created visual arts pieces inspired by that research. These pieces were displayed at two events during the Atlanta Science Festival. S.A.W. organizations at Emory and at Georgia Tech are again pairing artists and scientists this year, and are developing other projects to connect the visual arts and sciences. For more on S.A.W, visit the S.A.W website.

The Evolution Project. As part of the 2015 Atlanta Science Festival, Dr. Gerardo worked with students in her undergraduate evolutionary biology course and with Nancy Lowe, founder of SymbASA.org, to design and implement a project using lineages of drawings to demonstrate how populations change over time. In this art-science experiment, members of the Atlanta community copied six shapes from one generation to the next. Simple rules, based on evolutionary processes, lead to changes in the populations over time. Errors during copying cause mutations, choosing favored shapes represents natural selection, new shapes being added causes migration, and random removal leads to genetic drift. At times, whole populations split and diverge, leading to the formation of new species. The resulting art piece tells the story of Evolution. We are very interested in continuing this project in school settings.

Symbiosis and Ceramics. From 2012 until 2014, Dr. Gerardo, graduate student Justine Garcia and Visual Arts Instructor Diane Kempler co-taught ceramics courses in which the students learned basic concepts concerning symbiosis, cooperation and conflict, environmental microorganisms. They then incorporated images and systems to which they were exposed into their work. The collaborative project culminated in a permanent public display at the Oakhurst Community garden of pieces depicting the unseen world of the garden. Pieces explore chloroplasts, fungal life cycles and parasites of bees, among other topics. Though the Emory Visual Arts Department has closed, we hope to continue this collaboration in the future in some form.

Student Artists in Labs. From 2009 until 2012, undergraduates Kelly Gracia and Julie Chang worked alongside researchers in the lab to learn about the systems and tools studied and utilized in the lab. Based on their experiences, they created artistic pieces using microbes (bacteria and fungi) isolated from fungus-growing ant gardens. A final piece, depicting a “evolutionary tree” was displayed as part of the undergraduate research symposium and in our research building.

After School Program in Art and Evolution. Undergraduates Gracia and Chang also developed a six week after school program, which they implemented at an Atlanta Public school on art and evolution. Each week the students learned one concept in art (e.g., color theory) and one concept in evolution (e.g. sexual selection). In coming years, in coordination with S.A.W, we will be modifying and utilizing this lesson plan in local area schools and after school programs. We would be delighted to potentially work with you, your classroom or your organization.

We have been involved in each of annual Atlanta Science Festivals since its founding in 2014, implementing mycrobes.org and the Evolution Project, giving talks and curating art-science exhibits.