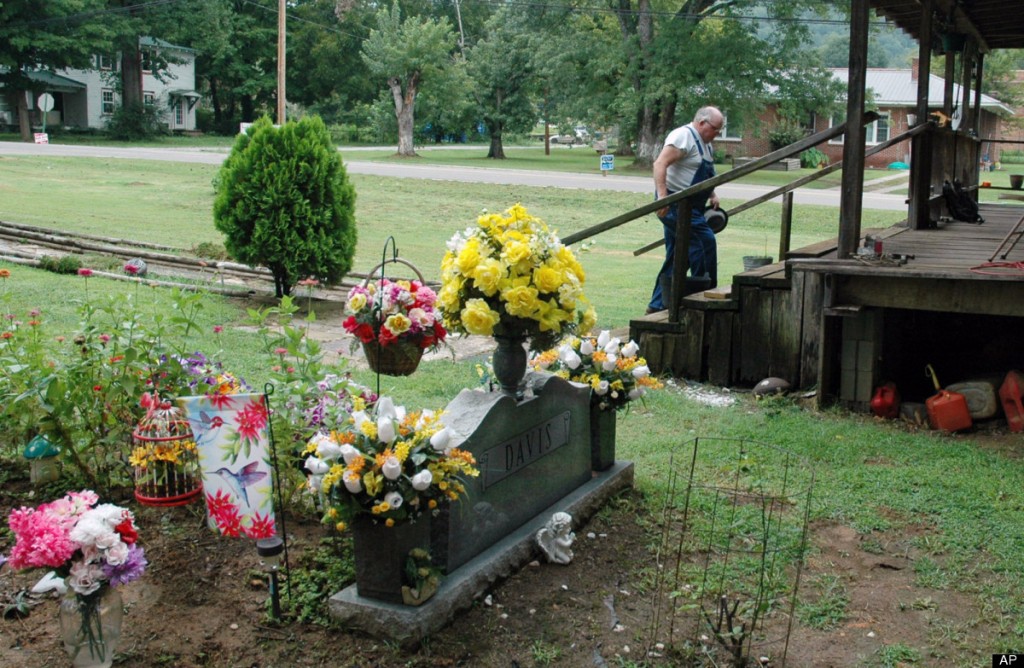 Win, Lose, Tie! Raiders Fan ‘Til the Day I Die!

Earlier this summer, one of my students, Haley Bryant, alerted me to this clip about sport funerals. Yes, such things do exist. Our dearly departed American sports fans find ways to bring the passion of their lives, the sport they love and the team they call theirs, to their grave.

Meet the Die Hard Cowboys Fan who was buried in full regalia (except for her shoes, because “they don’t bury people with shoes on, who knew?”). Meet the Steelers Fan whose dead body was displayed at the memorial service in a recliner, covered by his favorite fan blanket, in front of a game on TV. Meet Big George whose ashes were given a spin on the nascar track and allegedly called out from the great beyond.

Sports funerals are not just about emotions. They are also a business, or service, depending on how you look at it. Major League baseball teams have licensed caskets and urns that can be purchased by their fans as a final proof of loyalty and devotion.

But it can go further than that. In 2009 the Aggie Field of Honor was inaugurated at College Station, TX, as a resting place for fans of the college football team. The positioning of the dead, aligning to face the stadium (should they ever rise up)  is no less formal than the directions that for centuries have structured the burials of Christians and Muslims in their orientation toward the holy cities of Jerusalem and Mecca. You know what they say: In Texas Football is God.

But beyond the first impression of hilarity and absurdity, the clip also conveys something deeper. More than anything it shows the care, warmth and respect that people show their loved ones in death. It also translates how our rituals reflect more than just death. They mirror fragments of our lives – like concentrated capsules that can contain not only our beliefs about life after death, because “you never know” if you can play sports in heaven as the Cubs fan states in the clip. They can also reflect our dreams, our ideals, our passions, our relationships and our identities.  And they change with the world around us and the culture, to accommodate new needs as they emerge.

And after all, you never know.