“My whole thing is just to put out positive messages in the music, give people something that can change their lives.” – Scott Mescudi

Scott Mescudi has changed many aspects in the world of hip-hop. Known by his stage name, Kid Cudi, Scott grew up in Cleveland, Ohio and has paved the way for your favorite new artists. Whether you realize it or not, Kid Cudi is more than just “Day n Nite” and “Pursuit of Happiness”, as he is able to create a new world of defiance and joy in his music. Connecting with the everyday struggles of the younger generations, Kid Cudi’s discography serves as an escape from reality by bringing listeners on the journey of “The Man on the Moon”.  Rather than highlighting the satisfactions found in life, Cudi addresses the darker truths of depression, pain, and sorrow as his music emphasizes the power of realism. By doing so, Mescudi is able to connect with his audience in a deeper and more meaningful way that resembles the influence of Kurt Cobain. With countless critically acclaimed albums and a cult like fan base, there is only one thing missing in Kid Cudi’s legacy: the credit he deserves.

Kid Cudi is an easy target for criticism. While his music is played by millions of fans around the world, mainstream culture likes to discredit the impact he truly has. Because his music does not easily fall into the norms of rap, many do not like the dark and mysterious path that Cudi follows. Combining grunge rock with hip-hop, Kid Cudi embodies the melting pot that music culture should be. Instead of following the status-quo, Kid Cudi is one of the only artists to fearlessly break creative boundaries and truly show a progression of differing ideas and aesthetics. Whether it is the “Man on the Moon” or “Mr. Rager”, each album is connected to different personal identities that express emotions and relate with various groups of listeners. While Mescudi’s first two albums were praised by practically everyone, there was definitely a turn in his career that hurt his mainstream legacy. Following the Man on the Moon series, Kid Cudi released “Indicud” and “Speedin’ Bullet 2 Heaven”, two albums that were considered disappointments in the eyes of popular culture. Famous music blog, Pitchfork, wrote, “While his diehard fans await his long-delayed Man on the Moon III*,* Kid Cudi opted instead to release a 90-minute, double-disc rock album. Unfiltered, unpolished, and uncomfortable, the album is a failure, and not even a noble one.” While mainstream culture around the world lost its faith in Scott Mescudi, your favorite artists today remained loyal to his vision.

Whether you realize it or not, Cudi has inspired many of our favorite artists today. I truly believe there would be no Travis Scott, Drake, A$AP Rocky, Wiz Khalifa, and Lil Uzi Vert without the inspiration from Kid Cudi. Travis Scott even said in a 2015 interview that Cudi is a “part of [his] story, part of [his] life. There would be no Travis Scott if it wasn’t for him.” Having multiple credits on Kanye’s “808s and Heartbreaks” and frequently collaborating with techno artists, Kid Cudi is a clear inspiration in the new wave of auto-tuned/techno rap. Mescudi also diverged from the genre of “gangsta rap” and instead embodied the character of a rock star, which artists like Lil Uzi Vert and others have taken. With the influence that Cudi has left behind, one may wonder why he does not receive the credit he deserves. We as people often criticize the unfamiliar instead of embracing it. With experts and artists around the world praising his influence and revolutionary style it is clear that popular culture fails to appreciate the impact of true artistry.

Kid Cudi is performing in Atlanta on 10/12

Pictures I took at the concert: 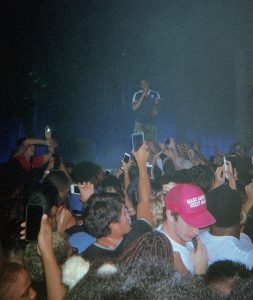 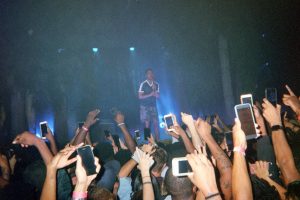 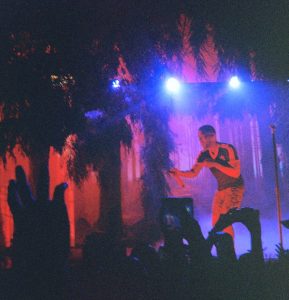 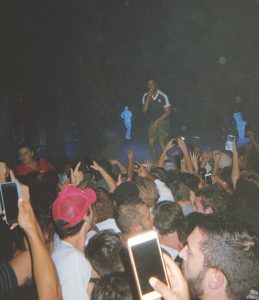