For the second week of 2021 Pitts Summer Reading Blog, Pitts took to the hallways of the Candler School of Theology building in search of “the best resource you discovered during quarantine.” 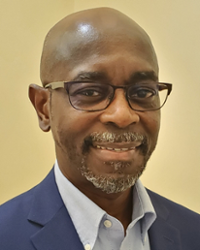 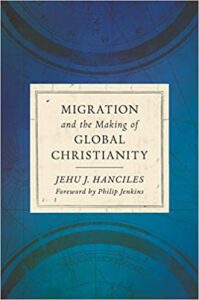 One review described Hanciles’ latest work as, “An impressive work of historical scholarship. No book has shown more convincingly how Christianity in its first fifteen hundred years spread throughout the globe thanks to migrations.” We agree, and we consider ourselves lucky to have him at Candler! Dr. Hanciles’ first reading recommendation is Taking America Back for God: Christian Nationalism in the United States. The authors, Andrew Whitehead and Samuel Perry, unpack the phenomenon of Christian Nationalism, which they consider “one of the most important and least understood forces” shaping American thought and politics. Covering issues ranging from immigration, gun control, gender roles, and the presidency, this book is a guide to understanding Christian Nationalism in the American political landscape. 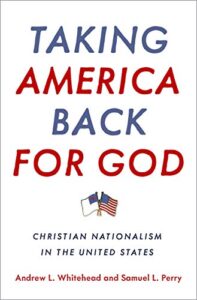 If this interests you, you’re in luck, as we have recently acquired this book at Pitts! Dr. Hanciles’ second recommendation is Americanah: A Novel by Chimamanda Ngozi Adichie, the winner of the National Book Critics Circle Award for Fiction and New York Times Book Review’s “Ten Best Books of 2013.” 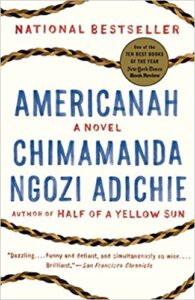 Chimamanda’s website describes the novel –which is translated in 29 languages– as a “tender story of race and identity.” Among her long list of award-winning publications, she counts her record-breaking TED Talk from 2009 as one of her accomplishments. Her talk titled “The Danger of a Single Story,” is now one of the most-viewed TED Talks of all time.

We hope you enjoyed this week’s recommendations. Check in next week for more of our favorite resources! Looking for more recommendations? All summer reading blog posts are archived at pitts.emory.edu/blog.