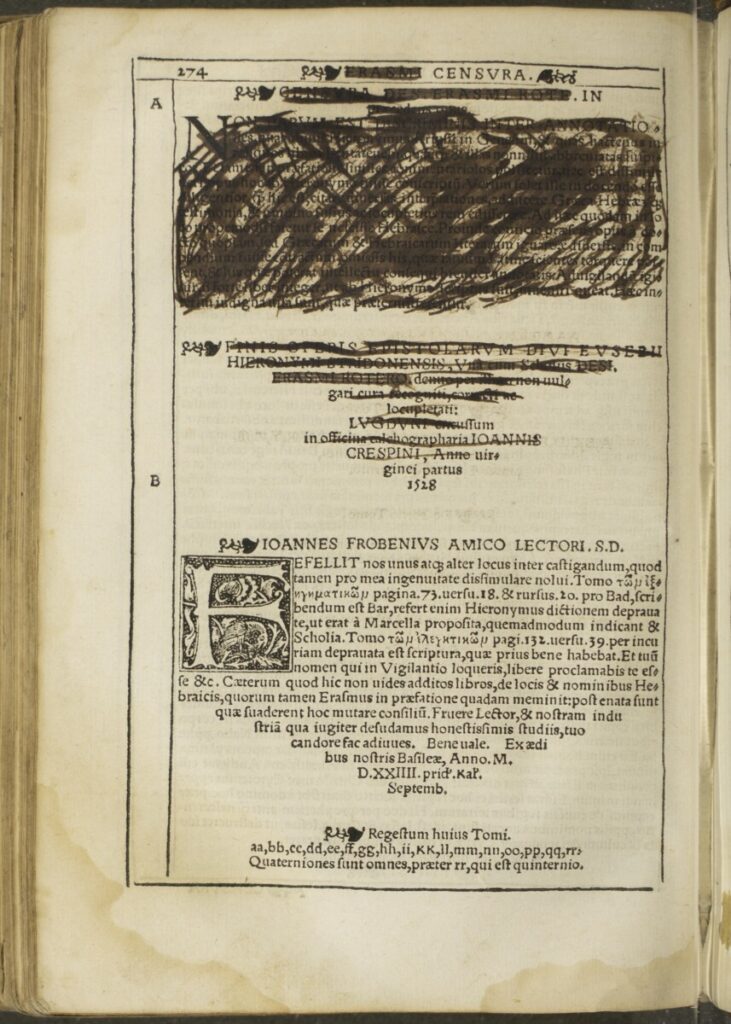 September 26th through October 2nd is Banned Books Week, an annual event celebrating the freedom to read. Banned Books Week was launched in 1982 in response to a sudden surge in the number of challenges to books in schools, bookstores and libraries. Typically held during the last week of September, it highlights the value of free and open access to information. Banned Books Week brings together the entire book community — librarians, booksellers, publishers, journalists, teachers, and readers of all types — in shared support of the freedom to seek and to express ideas, even those some consider unorthodox or unpopular.

At Pitts Theology Library, the concept of banned books and censorship dates long before the week of recognition was launch–even to the 16th century!

For example, Pitts recently acquired two copies of the same 1528 printing of St. Jerome’s collected letters, edited by Erasmus of Rotterdam and printed by Jean Crespin in Lyon (1528 JERO and 1528 JERO A). This acquisition allows for an interesting comparison, since one of the copies is heavily censored to remove all evidence of Erasmus’ involvement in the publication. Pages containing his name or introductions and commentary provided by him have been carefully cut or simply crossed out. Although Erasmus remained a Catholic all his life and wrote works against Luther and the Reformation, he was nevertheless suspect to some in the church for his satirical critique of ecclesial corruption (In Praise of Folly) and his humanist scrutiny of textual sources, leading some of his critics to remark that Erasmus had laid the egg that Luther hatched. 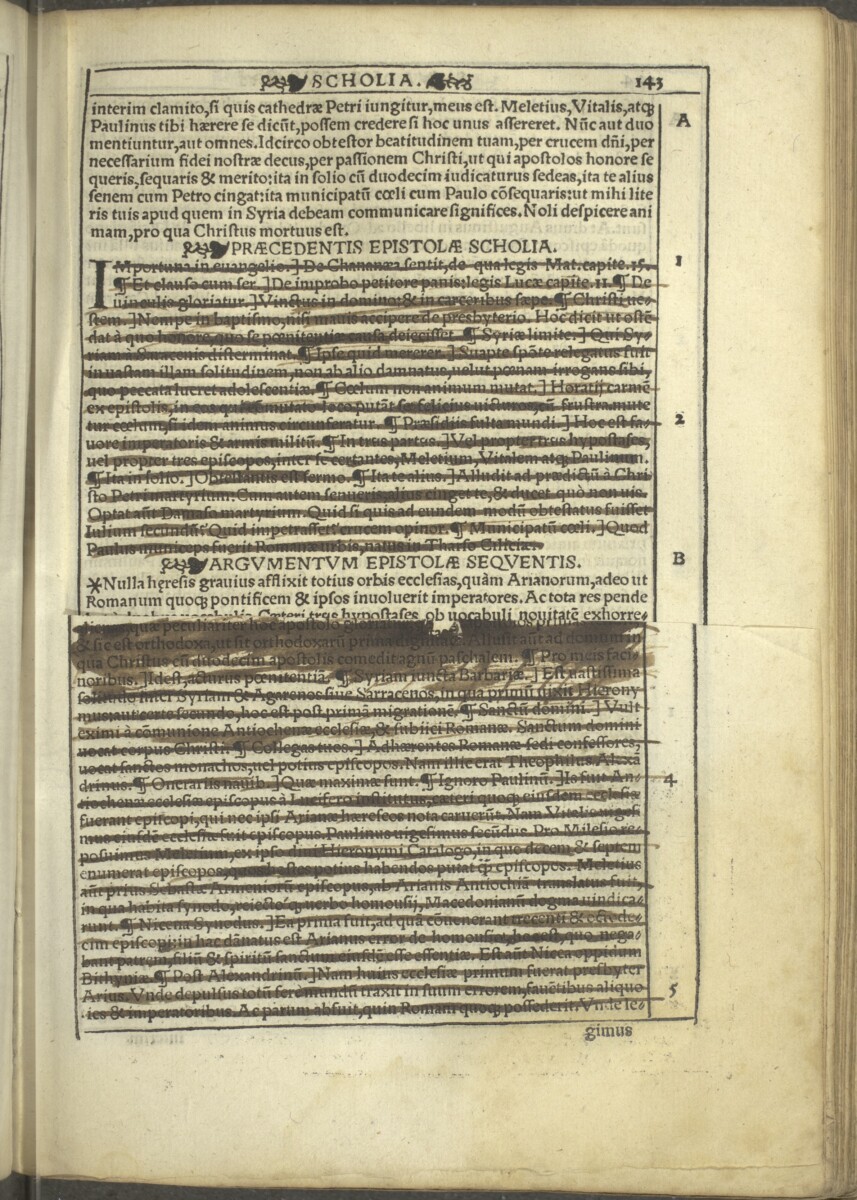 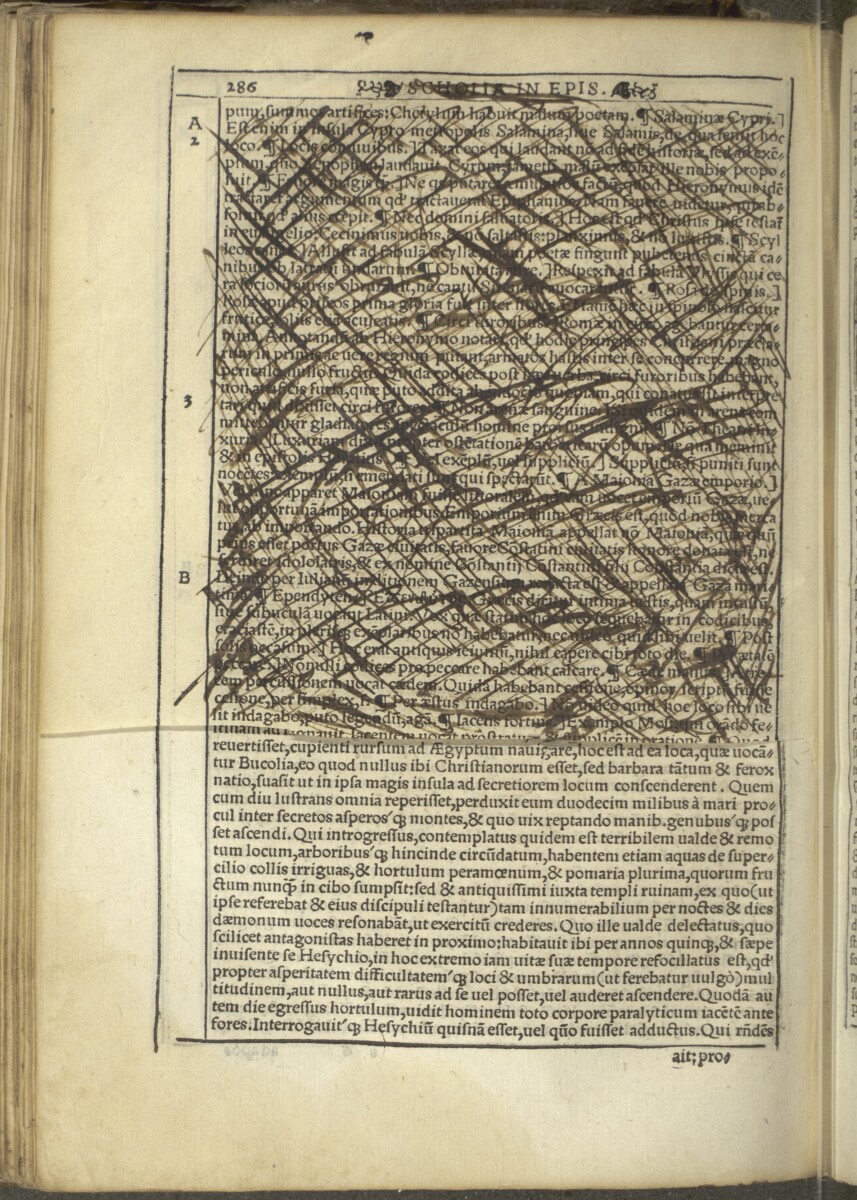 By Armin Siedlecki, Head of Cataloging and Rare Book Cataloger