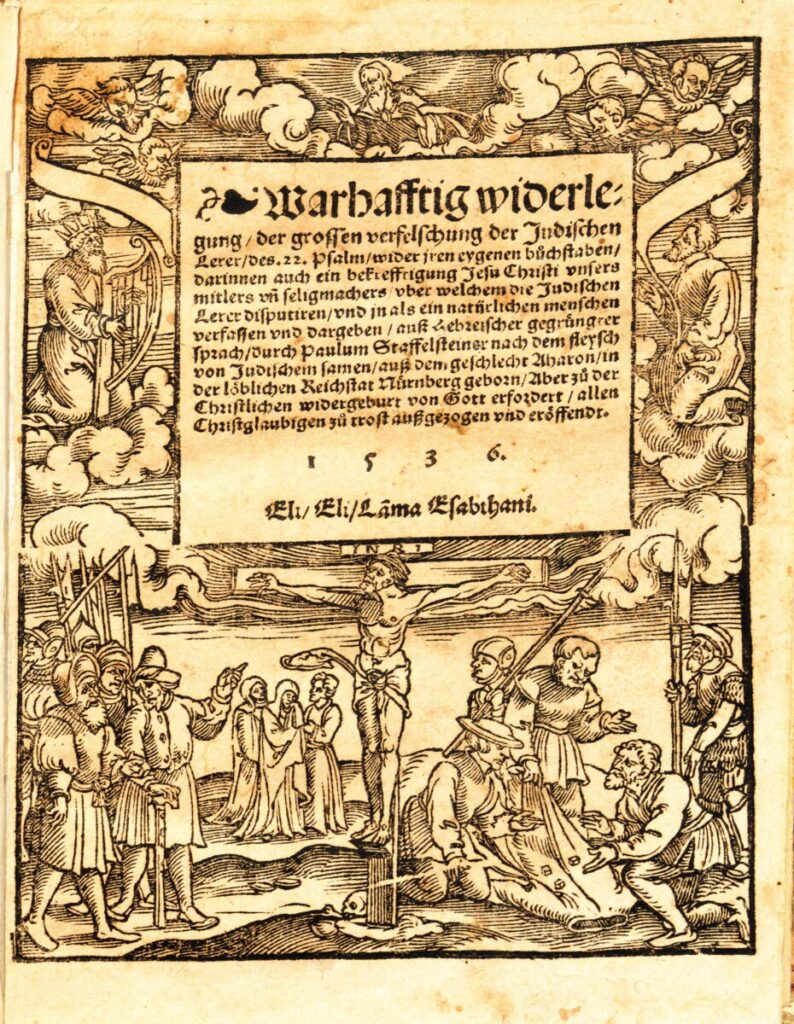 Pitts Richard C. Kessler Reformation Collection recently acquired a tract by Paul (or Paulus) Staffelsteiner on the interpretation of Psalm 22 (“My God, my God, why have you forsaken me?”). Published in Nuremberg in 1536, it is the only printing of this work and is held by only 5 other libraries in North America. Paulus Staffelsteiner (originally Nathan Ahron) was a Jewish convert to Christianity, who wrote several works arguing against what he considered the errors of Judaism. He was later called to teach at the University of Heidelberg, where he held the chair of Hebrew language, first occupied by Johannes Reuchlin. In this tract, for which he provides his own translation of Psalm 22, he rejects the traditional Jewish interpretation of the text, which typically associated it with a royal figure like King David or Queen Esther and argues that it is a messianic Psalm, fulfilled by the suffering, death, and resurrection of Jesus Christ.

Find this item in the library catalog, and learn more about rare books in Pitts’ collections here!