Resource Sharing Coordinator, Kailyn Middleton, facilitates the exchange of items between networks of libraries across the globe, making her the perfect candidate for Summer Reading Recommendations. Check out her top picks among a world of options below! 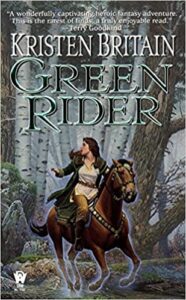 Kailyn’s first recommendation is the Green Rider series by Kristen Britain (DAW Books, 2014). The first book, Green Rider, follows Karigan G’ladheon after a fateful meeting with one of the king’s infamous Green Riders. The mortally wounded Rider has Karigan agree to take his vital message to the capital in his stead. As she struggles toward Sacor City and the king, Karigan’s understanding of her world is shattered as she encounters ancient forces, races, and magics thought long extinct. Pursued by not only the hunters of the dead Rider but the Rider’s specter as well, Karigan finds herself in far more dangerous situations than she could have expected when she took message satchel and Rider brooch in hand. The best part—these books come with music to accompany the reading experience! 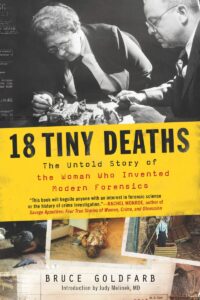 Ever wonder what serves as the basis for shows like Forensic Files? Learn about the “mother of forensic science” in Kailyn’s second recommendation 18 Tiny Deaths: The Untold Story of Frances Glessner Lee and the Invention of Modern Forensics by Bruce Goldfarb (Sourcebooks, 2020). Frances Glessner was born into a wealthy family in the 19th century, but broke the traditional mold when she became fascinated with the investigation process of violent crime. In an effort to improve investigative training, she built what are known as the ‘Nutshell Studies of Unexplained Death.’ These tiny dollhouse dioramas were incredibly detailed stages of violent crime that could be interacted with and studied in a way that photographs and descriptions could not be. These exercises were so successful that the methods she developed are still in use today. Find this look into early forensics and the woman who helped advance the field at Emory or a local library near you! 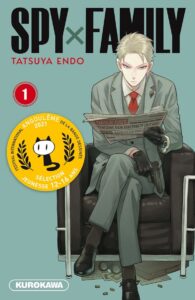 Looking for a story with visual appeal? Kailyn’s final recommendation comes from the Japanese manga genre! Spy x Family by Tatsuya Endo (VIZ Media LLC, 2020) is the story of the spy, Twilight, whose most recent mission requires that he get close to a reclusive state official—the only way to do so by infiltrating the elite school that the target’s son attends. To pull this mission off, Twilight (known as Loid Forger, therapist) must acquire a child to enroll in the school and secure a wife to make the family illusion complete.  Kailyn calls the story “just a truly fun read, but if manga isn’t your thing, the first season of the anime is currently airing, subbed, on Hulu and will be airing, dubbed, on Crunchyroll!” Find the book at a library near you.

Need more suggestions? Check in next week for recommendations from a Candler faculty member!