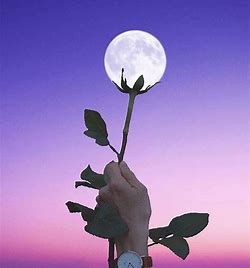 Illusions are fascinating phenomena that almost everyone has likely experienced at one point or another in their lives, leaving them utterly bewildered and baffled as to how seemingly unreal effects or situations suddenly become very real. In fact, even researchers who devote themselves to studying various aspects of these phenomena are left perplexed and with many more questions than have been answered. Illusions are still a relatively under-researched and controversial field of interest due to the various factors that may play into each illusion, the various types of illusions that exist, and the difficulty of studying something that doesn’t technically exist. However, these reasons make it a prime topic of interest for psychologists, neurologists, and biologists alike to undergo thorough research on due to the complex and interconnected nature of the subject.

As mentioned above, illusions are somehow an incredibly well-known concept and a complete enigma in our world. Everybody knows they exist but very few understand how or why they do in its entirety. Why do we see specific images and objects a certain way under certain conditions and not others? What makes one individual see an illusion differently than another individual? Are there faults in our sensory inputs, or instead are there faults in our brain’s perception and understanding of those senses? All of these mysteries leave people worldwide confused, yet we all seem to adore being tricked in this way.

From viral photos of the infamous “dress” to sound bytes of “yannie vs laurel” to more mundane everyday effects, like seeing a piece of 3D street art, or observing the moon as insanely large in comparison to its actual size, illusions have manifested themselves in so many unique and interesting ways in our lives. All of this has built up an intrigue and mystique surrounding these bizarrely typical occurrences which is fascinating to me and which I’ve hungered to explore further, ever since I was a child.

To understand illusions as best as we can, we must first understand how we can perceive them in the first place. However, this already proves to be a difficult task given the variety of illusions that can take place, leading to a diverse array of stimulatory triggers for the brain to then begin perceiving. It receives 11 billion bits of sensory information from all of the senses to the brain when it can only process, at most, 50 bits per second (Gregory, 1997). As a result of this overflow of information, the brain needs to make adjustments and shortcuts to gather the most important and relevant information in as little time as possible: thus, enter illusions.

For example, in terms of optical illusions, when we first see an object, the eyes receive sensory information in the form of photons as light passes through the retina of the eye. Specialized cells known as ganglion cells then convert the sensory input (photons) into an electrical signal which can travel along the optic nerve until it finally reaches the visual cortex of the brain. Once this information has been received, it must then be perceived. The brain accomplishes this task by sending visual data from the visual cortex to other parts of the brain along two separate pathways (the dorsal and the ventral pathway) to further analyze the specific set of characteristics being seen, including the WHAT, WHERE, and HOW of the object (Gregory, 1997).

Even then, the process of perception is not complete as  the brain then has to organize all of the information it has perceived into reasonable and condensed chunks (Gregory, 1997). The brain’s ability to perceive visual sensations quickly and efficiently by identifying groups, recognizing patterns, etc. is explained by the Gestalt Theory of Perception which outlines 7 specific principles to how our brain organizes perceived information (Gregory, 1997). Finally, optical illusions come into play when faults or inconsistencies occur between the physical, real object or instance we see and the perceived recreation of an image that our brain produces due to the “shortcuts” in organization our brain takes to see something.

The process of perception in vision is likely the reason why optical illusions are the most commonly experienced illusion among people, consisting of famous illusions such as the impossible triangle and the cafe wall illusion. These types of illusions have even become popularized through famous works of art such as “All is Vanity” or “Waterfall” (depicted below).

The process outlined above is a condensed version of the incredibly intricate process of perception our brains are constantly undergoing. If that wasn’t complex enough, there are other processes that the brain goes through constantly in order to perceive information from all of our other senses. This means that yes, we can actually experience illusions in all of our senses, not just optical illusions.

Optical illusions may be the most well-known of the illusions, however, illusions are present in hearing, taste, touch, and smell as well. According to Lehrer (2007), in a study conducted by Frederic Brochet in 2001, two tests were performed on 57 professional wine-tasters where they were presented with the same wine. In one test, one of the wines was colored red with food dye. The wine-tasters were tricked into tasting fruity and vibrant flavors in red-colored wine in comparison to the normal wine, even though they were one and the same. This shows that our sense of taste can be compromised by illusions as well.

Auditory illusions are also possible and even common to a degree. The most popular example of an auditory illusion is the “yannie/laurel” illusion mentioned earlier in which two sounds are played over each other simultaneously creating the illusion of the presence of another word. This effect is known as a “phantom word” and was discovered by Diane Deutsch.

Olfactory (or smell illusions) are less common and mainly consist of the presence of a smell which does not exist because the mind created it in the absence of its source (such as when daydreaming or imagining).

Lastly, tactile illusions, ones which involve touch, seem to depend on the visual cortex as well as the parietal lobe, which is responsible for the sensation of touch. According to Robertson (1902), when participants were presented with optical illusions and asked to “feel them out”, the participants in general reported results consistent with that of the optical illusion. For example,  the Mueller-Lyer illusion (depicted below), is normally an optical illusion in which the viewer sees one line as larger than the other based on the shape of the arrows on each end, when in reality each line is exactly the same length. When presented with this illusion, the participants in this study were told to physically feel out the length of each line and decide which one they felt was longer. The participants reported that the line with outward facing arrows (b) was not only larger, but a considerable amount larger than the line with inward facing arrows (a). The same results were consistent with other illusory effects that depicted depth and showed that the brain’s perception of sight can trick other senses as well, especially tactile to a large degree. Yet, it is still not completely understood why this exchange of trickery between the senses happens.

As I’ve detailed thus far, illusions are a very complicated and relatively unknown concept that incorporates the entirety of the brain and its functionality. As a result, the many mysteries behind the illusions leave much to the imagination in terms of how or why certain instances happen to us. Most of the illusions can be explained away by how we perceive light, color, perspective, shape, etc, however the world of illusions is so vast and unexplored that it leaves us a society with much to think about. And while it is certainly a fascinating world which I wish to dive into more, I am content with staring in awe at the marvelous creations our brains make for us in the meantime.

Illusions are super cool and I strongly recommend that you check them out in your free time for fun!