Music has always been my outlet. I have played the piano for over 13 years; Its ability to transport myself to a different world, new feelings, has proved vital, even therapeutic in many life events. I find even music to be helpful academically: I’m writing this post as I’m listening to music. With a quick search on Spotify or YouTube, it’s evident that I am not an anomaly. Study playlists, classical music study playlists, lofi study playlists. People listen to a host of different music while studying, or at least trying. 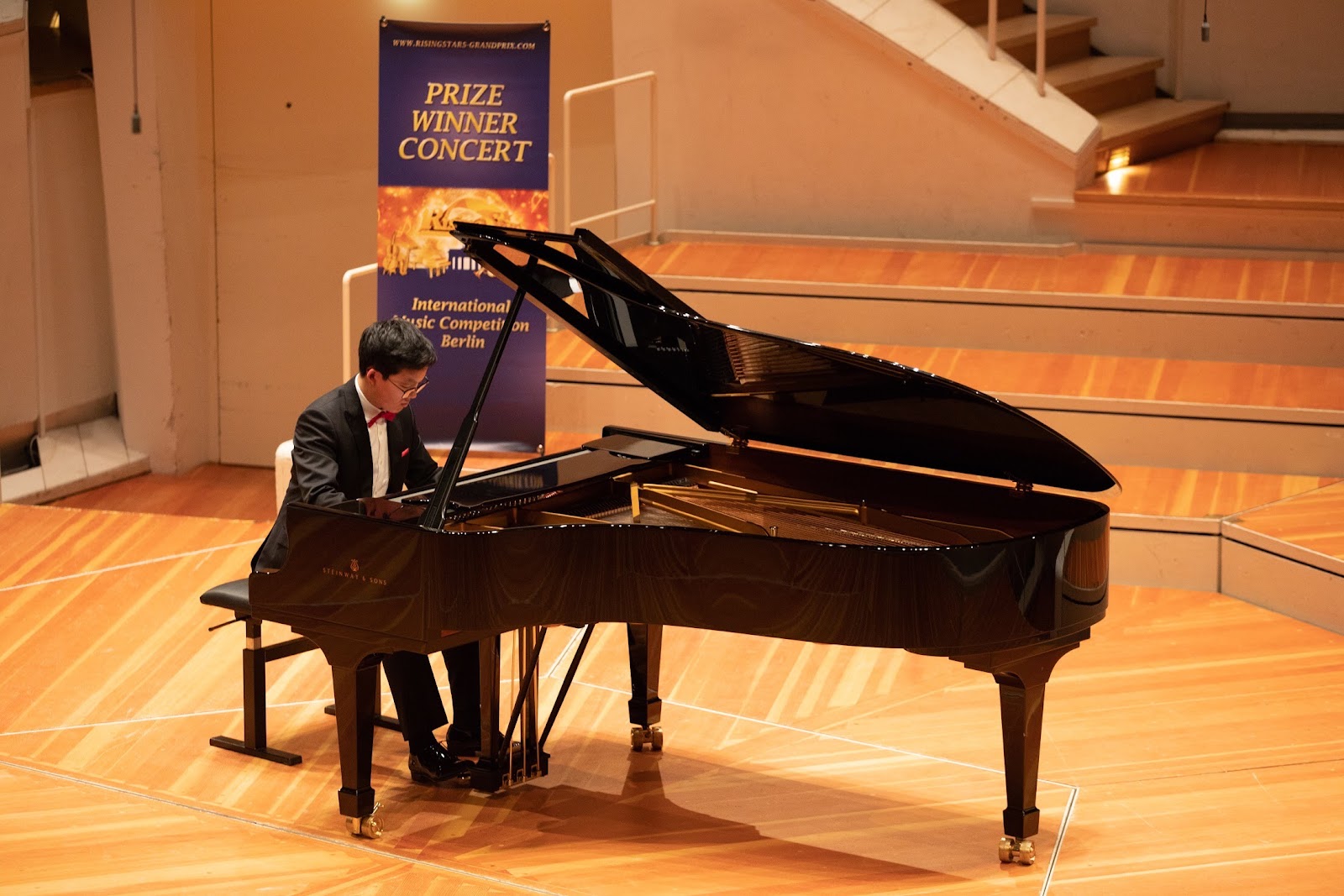 (One of the many examples of me playing the piano. Music is my stress reliever and attention booster)

So what goes on upstairs when we listen to music while paying attention to something else? How were the brain regions we learned about in class, frontal, occipital, parietal lobes, affected? When broken down, we essentially receive two types of stimuli while listening to music while doing homework for example, auditory and visual. We had discussed previously how our brains process visual stimuli. How the stimuli are processed from sensory receptors all the way to the cerebral cortex. So similarly, I wondered if and how auditory stimuli could affect our brain and attentiveness.

Researchers Natalia Fernandez and her colleagues at the University of Geneva had a similar question. Previous research had already shown that music increases attentiveness. However, Fernandez was also interested in investigating the influence of different types of music on attentiveness. These types of music were categorized based on what emotions they elicit: “joy, tension, sadness, and tenderness” (Fernandez et al. 2019). Using a mixture of attention tests and functional magnetic resonance imaging (fMRI), the researchers were able to determine how attention was impacted and where specifically in the brain. Fernandez also studied another factor of attentiveness in this study: age; if age impacted the relationship between music and focus.

The study involved 52 female, similarly educated participants: 19 young adults (around 21 years old) and 33 old adults (around 76 years old). In this experiment, the visual stimuli (attention test) and the auditory stimuli (music) were presented simultaneously. What the researchers found that tensive music had no effect on attentiveness and only activated occipital regions of the brain. On the other hand, the joyful music improved attentiveness and activated not only occipital regions of the brain, “but also frontal areas in the right hemisphere” (Fernandez et al. 2019). This trend was seen across both test groups, inferring no age-related differences between the impact of music on attentiveness.

This study’s finding further solidified what we had discussed in class; the occipital brain areas deal with visual stimuli, so in this case, the attention test presented. Joyful music’s increased activation of the frontal areas is known to be part of the brain’s “attentional control network” (Fernandez et al. 2019).

Fernandez’s findings emphasized the benefits of listening to music while studying, but it also brought to light the dangers if not done properly. Her findings point to the effectiveness of more joyful music and attentiveness compared to sad music and focus. At the end of the day, we will do what works for us. For some, this may solidify your study playlist. For others, I hope this sparks some interest to try out a study music playlist the next time you have trouble finishing that upcoming assignment!