Technology has expanded the canvas upon an artist’s ability to express their stories. Videogames prove to be an art form that can solely exist in the digital space and demonstrates a collision of art and science. Our brain interprets these artists’ creations in many ways, both presenting itself as beneficial, yet also damaging to the brain. Video games have both positive and negative effects on the brain, as they can be used for education purposes or can have more drastic consequences.

When overviewing the positive effects of videogames on the brain there are some main areas of the brain to focus upon: premotor and parietal cortex, prefrontal cortex, dopamine and grey matter. Cognitively, all video games are proven to improve one’s problem solving ability as well as reasoning capabilities.

Different types of video games develop different skills as well as activate different parts of the brain. More broadly speaking, games that require team efforts help develop collaboration abilities. Other action focused video games have the ability to increase brain activity in the premotor and parietal cortex, where motor skills, quick thinking, and control of sensory movements are required. These same video games have the ability to physically improve one’s peripheral vision as well as hand-eye coordination. Examples of these types of games include Space Invaders and Halo. Games that require more logical thinking, such as Tetris, display an increased use of the prefrontal cortex, where decision-making is controlled. Dopamine is a neurotransmitter that is released when learning and activates sensations of reward. In the context of playing video games, dopamine is released in the brain’s striatum, invoking senses of pleasure and addiction.

For the sake of this post, I’ll be emphasising my focus on experiments regarding grey matter. Grey matter helps process information in the brain, by more specifically processing signals that are generated by other sensory organs in the body or other areas which contain grey matter. This grey matter serves to move motor sensory stimuli to nerve cells in the nervous system. There, synapses produce a response to the certain stimuli. Hippocampal grey matter, more specifically, is crucial for the maintenance of healthy cognition. One experiment demonstrated how playing video games has the potential to increase hippocampal grey matter in young adolescents. This experiment tested the influence of the video game Super Mario Kart on the grey matter in the hippocampal and cerebral region of adolescents.

Figure 1: Demonstrates the increase of grey matter in the hippocampal region.

As seen in the brain scan it is apparent that there is a great increase of grey matter in the brain of the adults immediately after playing the video game.

Though there are positive effects apparent when playing video games, some of the negative impacts outweigh those of the positive. More broadly speaking, some of the negative effects that videogames can have on the brain is that of the “video game brain.” This effect occurs when one has dedicated so much time to video games that the underside of the frontal lobe begins to shrink, leasing to other symptoms such as mood alterations. With more frequency of playing video games, a visible decrease in activity in the prefrontal lobe is apparent. This is known to lead to symptoms such as increased moodiness, anxiety, and aggressiveness, which may occur even after the conclusion of the game itself.

For the sake of this post, I will be focusing the spectrum of my research to the cingulate cortices. Studies have demonstrated that even one week of violent video gaming can lead to a decreased activation of the rostral anterior cingulate cortex and amygdala, during both numerical and emotional tasks. Both of which areas are utilized in solving and controlling emotional confliction. This frequent play of violent aggressive video games lead to symptoms such as players being relatively more anxious, spike in increases of violent-related and aggressive behaviors for the short and long term period. In the study, it was noted that when players shot and fired a weapon in violent video game play, there was a suppression of emotional response in these areas to cope with their actions afterwards. This is seen in the posterior cingulate cortex, which serves for motor control, cognition, and planning activated by emotions, or in this case weapon usage. Some video games that can demonstrate these effects on humans are Fornite and Call of Duty.

One of my favorite video games to play at the moment is Among Us. Among Us is a Social Deduction Game where one imposter tries to kill all the crewmates on board without exposing their identity. If seen killing, crewmates can report the killer and vote out the imposter. The crewmates are responsible for finishing as many simple tasks as they possibly can. Some of the brain functions involved in the game vary depending on the position you are assigned at the beginning of the game: crewmate or imposter. 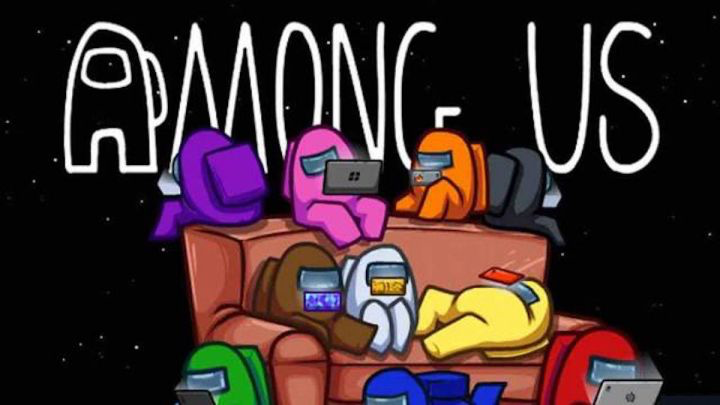 When playing the game Among Us strategies of how to operate are required, utilizing the frontal lobe to map out one’s judgement and impulse control. Controlling sensory movements in this action-filled game is crucial. Secondly, there is violence present in this game. So those in the positions of imposters will experience different activities in their brain than those who are crewmates. After the killing of a crewmate, the person playing the imposter will experience a suppression of emotional response after their killing, more specifically suppressed in the rostral angular cortex and the amygdala. Whereas the crewmate on the opposite hand, will feel emotions of reward and pleasure upon completion of their tasks and calling out those who may seem suspicious during the play of the game. This releases dopamine through the brian’s striatum. All in all, videogames all impact the players brain in different ways, having both positive and negative effects upon one’s cognition.

Melissinos, Chris. Video Games Are One of the Most Important Art Forms in History. 22 Sept.