“The Sea is History” by Derek Walcott 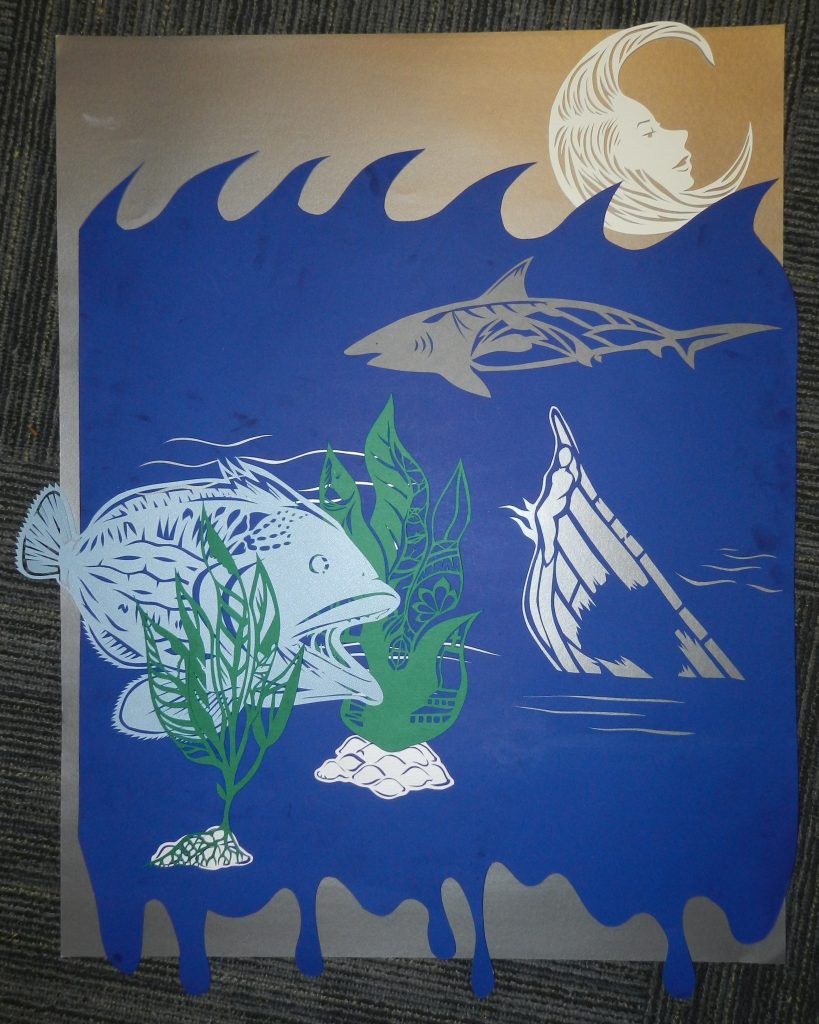 Derek Walcott, author of The Sea Is History, grew up in Saint Lucia, a former Caribbean colony of France and England. Like the colonial history of the island, he had a multi-ethnic background—African, English, Dutch. The Sea Is History explores the past and questions the validity of the idea that History is the same as tribal memory and only exists when recorded canonically, such as in a history book, or through monuments. Drawing on references to the Bible, history, and nature, Walcott writes about three linked themes. The first theme is the idea of the Bible as a historical document. The second is that the journey of African slaves to the Caribbean has parallels with the journey of the Israelites to the Promised Land. This leads into the third idea, which is that History only exists if memory and events are recorded and accepted as historical.

From the beginning, The Sea Is History poses question about history and memory. The first stanza reads “Where are your monuments, your battles, martyrs? / Where is your tribal memory? Sirs, / in that great vault. The sea. The sea / has locked them up. The sea is History.” Asking for proof of tribal memory by asking for concrete markers of history like monuments, people, and locations implies that tribal memory may not exist if concrete markers of those memories don’t exist. The second half of the stanza retorts that the sea holds memory, because the sea is History: something fluid and everchanging is the record of time and experience. Line 24, “the ocean kept turning blank pages // looking for History” comes after several stanzas of putting the experience of the Trans-Atlantic Slave Trade parallel to the parts of the Bible that mark the Israelites’ journey away from Egypt.  Here, Walcott uses the irony of listing historical events and then implying that they are not truly History to highlight the overarching themes.

By naming parts of the journey to the Caribbean with biblical markers (Genesis, Exodus, the Ark of the Covenant, the Song of Solomon), he marks the journey as an important event, on par with something in a religious text, but also alludes to the fact that the events in the Bible are not commonly accepted as real events, because the Bible is a religious text and is not accepted as a historical text. Walcott repeatedly references biblical events, then denies their position in History throughout the poem: “that was just Lamentations, / it was not History; “(50). He also writes “and that was Emancipation–…vanishing swiftly…but that was not History, / that was only faith” (61, 63, 65). Here, emancipation, a historical event, is also denied a place in History because it was only faith, nothing real. After all, the joy around its occurrence vanishes “as the sea’s lace dries in the sun” (line 64). History begins only after various authority figures, like ambassadors, police, and judges, examine each case closely.

and the furred caterpillars of judges

Without the approval of authority figures, the reality and existence of events and their effects are questioned. These events, until they are approved, are not part of History.

By entwining real experiences and events with parts of a document like the Bible, which is important and regarded as containing holy truth, but whose historical accuracy is doubted, Walcott implies that the Bible is a truthful historical and cultural document and that the reality of the events of the Atlantic Slave Trade and its effects are as doubted as the events and experiences of the Bible. Connecting the journey of Africans to the Caribbean and the journey of Israelites out of Egypt is also ironic: while one group of people is forcibly taken on a journey across the ocean ending in their enslavement, the other group leaves on a journey across the ocean ending up in the Promised Land. However, after traveling across the ocean, neither group arrives at their final destination: the Israelites wander through the desert for 40 years and the descendants of slaves still work to this day to reach the promised land of actual equality.

I chose to create a visual translation, specifically, a layered paper cutout. This was inspired by part by the idea in The Sea Is History that History only exists if recorded in a clear and concrete form and by Zong!, another work about the slave trade and the sea. The big idea for this translation was the concept of the obscurity of some historical events, how they get covered up and forgotten. Secondarily, in The Sea Is History, the sea holds the record of historical events, of all the drowned and forgotten people. In Zong!, M. NourbeSe Philip piles words on top of each other, allowing them to obscure each other. While each word holds meaning within itself and the source text, they are decontextualized and deconstructed in the poem—so there is no obvious meaning in the text of the poems. The third concept for this piece was the idea of skeletons and shadows, remnants of human history and objects that used to exist. Lastly, I wanted to play with the idea of transparency:  objects revealing certain parts of objects beneath them, while obscuring other parts.

Papercutting is a medium that I am familiar with and that works well to show these aspects. This medium works especially well because The Sea Is History is rich with visual metaphors relating to the sea, so the composition is based off actual examples of figurative language in the poem. The background of the piece is a cross section of the ocean spilling off a sheet of silver paper, which is supposed to recall a frame. The moon is the profile of a white woman. Other elements include a shark, a grouper, white cowries, and seaweed. The moon is a white woman, for “the white sisters clapping / to the waves’ progress, / and that was Emancipation—” (59-61): it appears as part of the scene, but isn’t an earthly element and is quite removed from everything else.

The seaweed is cut to resemble, in part, a cathedral and contains several silhouettes of people. This stays subtle and almost hidden, just as the history and human element of the slave trade is also downplayed. Between the fronds of seaweed, hiding part of one plant and obscuring the patterns of another, a grouper swims towards the viewer. Groupers are massive apex predators who hunt by simply inhaling, sucking in everything in their path.  The fish represents the institutions and world powers that ran the slave trade and continue to uphold discriminatory and exploitative ideologies. The seaweed grows out of piles of white cowries. In The Sea Is History, white cowries “clustered like manacles / on the drowned women” (20). This is a visual metaphor for the cultures and struggles that have formed as a consequence of slavery.

In the background of the image, directly carved out of the sheet that is the ocean, is the negative of a sunken caravel. Because the bottom sheet is silver, when the piece is moved, the ship may shine silver or recede into shadow, depending on the angle. The use of recessed space for something that should project out, and how the ship can either recede completely or stand out depending on the angle is supposed to recall memory and bringing forth or hiding history. The shark in the background is another reminder of memory, hovering over everything. While I tried to keep a anatomical/skeletal, semi-transparent feel for all the elements of the piece, the shark showcases the anatomical effect the best.

In this medium, it’s easy to insert an element of intentional unintelligibility. There are no words to provide a specific narrative. The viewer must carefully observe the details of the image for more information, but it must be explained to provide a useful amount of information to the average viewer. While this medium easily shows intentional unintelligibility, sometimes the unintelligibility is unintentional. However, papercuts are delicate but papercutting takes a lot of force, so I was limited by the size and shape of the sheet and the size of the space I had to work with, as well as how much force I could exert in certain areas of the piece and how much pressure I could put on my hands.  I would consider this translation successful if people can tell what all the elements are, and upon closer inspection, notice the human details in the work and be curious as to why they are there. If observers have prior knowledge of The Sea Is History, I would also consider my translation successful if they could recall the source material from my work. For this translation, I aim for something in the vein of Frost’s translations of Lorca’s poetry: seemingly unrelated without context, but clearly related once context is given.

The process of translation involves a lot of interpretation. Transforming the source material into something else requires a significant amount of labor and thought, more than one might assume. As we discussed earlier in the semester, people who create translations may not be considered original authors, but each work is unique and requires just as much work as creating something from scratch.