In order to quantify the green space on campus, we used Google Maps Pro. Using the polygon tool, we were able to measure the green space in square meters. Below are aerial photographs of Emory’s Atlanta campus in every decade from its founding in 1915*. The green highlighted areas reflect heavy concentrations of green space.

*Note: Due to lack of technology, our aerial photographs of campus from 1915 to 1984 are not the best quality. Our first arieal map was found in Woodruff Library’s historical map collection and date back to 1985. Starting in 1993, we were able to use data from google earth’s satellite images for every decade up to 2015. 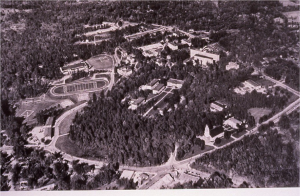 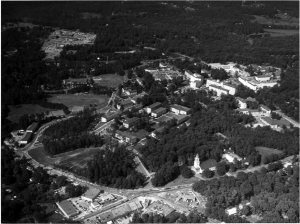 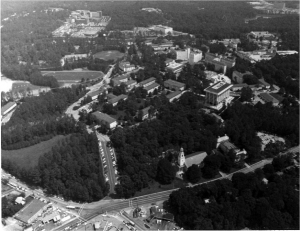 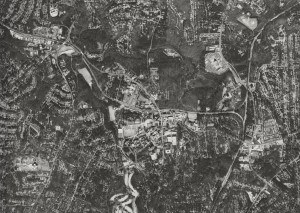 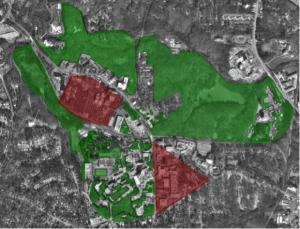 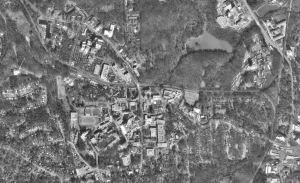 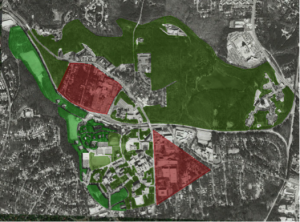 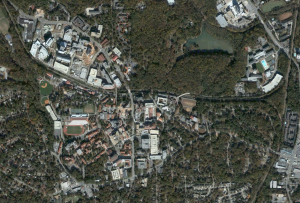 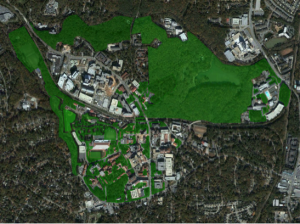 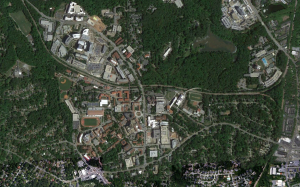