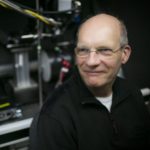 My interest is in neural coding, motor systems, and synaptic integration with a focus on basal ganglia and cerebellar systems. We like to combine neurophysiology with modeling approaches. My research interests lie in movement, movement related disorders, and the human machine interface. In the Jaeger lab, my work focuses on using optogenetic techniques in awake behaving mice to better understand the role of the cerebellum in movement and movement disorders. I am also an avid hiker and I love to go on long hikes with my dogs in my free time. 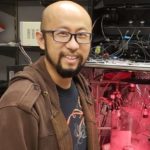 I do eletrophysioloy and fiber photometry in thalamus and motor cortex on mice performing running tasks, to better understand the neural basis of precise motor control. 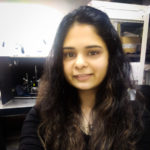 The focus of my work so far has been on studying neuronal coding and I find it fascinating trying to understand their language by employing different means, mainly electrophysiology.  I worked on cells in the Medial Entorhinal cortex using patch-clamp electrophysiology and dynamic clamp for my Ph.D.  Currently, my work involves using multichannel chronic silicon electrodes for recording the activity of a population of neurons mainly from the thalamus of awake behaving mice.  I like the computational aspect of neuroscience as well and love to work at the intersection of theory and experiments. I use biophysically detailed modeling to investigate normal and parkinsonian dynamics in the basal ganglia – thalamo – cortical loop, with focus on the ventromedial thalamus. I’m a computational neuroscientist specializing in biophysically detailed neuronal modeling.  My research interests are in understanding movement control, movement disorders, and movement rehabilitation.  Currently, I am modeling the activity of L5b pyramidal neurons in premotor cortex during movement preparation, and how these neurons integrate inputs from the motor thalamus and other movement-related areas, in normal and Parkinsonian conditions. 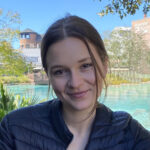 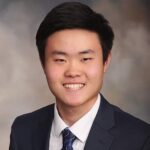 I’m very interested in how the motor thalamus integrates sensory information to guide movement initiation and direction selection.  In the Jaeger Lab, I work with Dr. Li Su to investigate sensorimotor behavior of mice when performing a cued locomotion task. 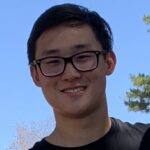 I’m interested in learning how the basal ganglia regulate locomotion and limb movement in mice. My goal is to improve locomotion in Parkinsonian mice through DBS. 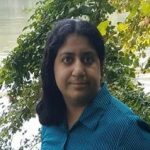 In Dr. Jaeger’s lab, I do thalamic and cortical single cell recordings (‘Patch-clamp electrophysiology’) in mouse brain slices.  Specifically, we use a method called dynamic clamp to understand how single thalamic neurons respond to physiologically relevant signal that mimic signals received during behavior (walking, resting, reaching, etc).  Moreover, how is that response altered in Parkinson’s disease models, such as the 6-OHDA dopamine depleted mouse?  This project involves neuronal patch-clamp recording, intracranial stereotaxic injections, literature analysis, and computational biology.  In other projects prior to joining Dr. Jaeger’s lab (in June 2020), I have done single cell recordings since 2002, to study many different neurological and non-neurological diseases and processes, at the level of ion channel biophysics, to single cells, to synapses.  On a personal level, I enjoy hiking, biking, listening to country music, trying to learn to run long distance, and hanging by/rafting the Chattahoochee on a beautiful Atlanta summer day. I’m interested in gaining a better understanding of the neuronal basis of motor decision making. The dysfunction of such brain mechanisms can generate cognitive and/or motor deficits, such as those observed in patients with Parkinson’s Disease. In order to correlate neuronal activity with behavior, I train mice in a decision making task and perform in vivo extracellular electrophysiology to record activity of distinct groups of neurons in different brain areas. Furthermore, I use an optogenetic technique to inhibit/excite a targeted brain region. 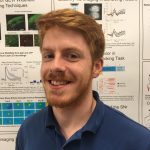 I am interested in how the basal ganglia influence thalamocortical activity to guide sensorimotor behavior. To do this I am utilizing cell-type specific optogenetic manipulations and cortical imaging in mice trained to perform complex motor tasks. I’m currently pursing a degree in quantitative sciences with a focus in biology. I work with Rhett Morrissette to investigate sensorimotor learning behavior in mice. I’m very interested in behavioral neuroscience, specifically in movement planning and memory. I joined the Jaeger lab to learn about and practice behavioral training with mice under the supervision of Dr. Catanese. Our goal is to monitor the neuronal activity in the thalamus using electrophysiological recording during a licking task. As a student in the Jaeger Lab, his research focuses on the transmission of rate codes in cerebellar output pathways using computational models based on biophysical properties of neurons in the cerebellum. 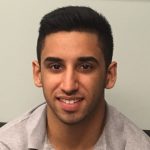 In the Jaeger Lab, I trained transgenic mice in a behavioral experiment while they are stimulated optogenetically. My goal was to quantify how well they learned the task. To plot my result I learned to use Matlab.