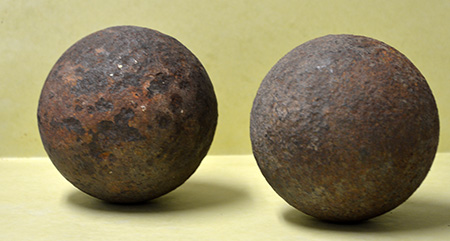 William Sydnor Thomson (1843-1913) was born in Jefferson County, Virginia (later West Virginia), the son of a farmer and slaveholder. Thomson was a school master in Tennessee until the outbreak of the Civil War when he joined the Confederate Army and served in Stonewall Jackson’s brigade. Following the war, he moved to Atlanta and became a lawyer. He practiced law and served on various political bodies until his death in 1913. Included in his papers at MARBL are two solid shot cannonballs, weighing approximately twenty pounds each. This type of ammunition contained no explosive charge and was used primarily for its battering effect.