In June 2019, Dr. Amy Tobin conducted research at Emory’s Rose Library as a recipient of our Short-Term Fellowship Program. Dr. Tobin is a Lecturer in History of Art at the University of Cambridge and the Curator of Exhibitions, Research and Events at Kettle’s Yard. 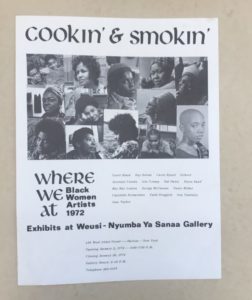 In 1979 the artist Candace Hill-Montgomery installed her work Reflections on Vacancy in an empty tenement building in Harlem, New York. The installation was minimal in its intervention, sheets of silver Mylar hung in the empty cavities where before there were windows and doors. The Mylar sheets were an enigmatic addition to the fallen down architecture of the street. Disco-shiny, the material was also used by Andy Warhol to transform his studio into the Factory, it was also fragile, certainly not a sealant or a cover.  I discovered this work in reproduction in the art critic and exhibition organiser Lucy R. Lippard’s Get the Message: A Decade of Art for Social Change (New York: EP Dutton, 1984). At the time I was interested in women artists’ use of domestic architecture to formulate a feminist artistic politics. Reflections of Vacancy offered a different perspective to more well-known works like Womanhouse, the collective reimagining of home by students of the Cal Arts Feminist Art Programme, with the programme’s tutors Judy Chicago and Miriam Schapiro, and a number of local artists. Whereas Womanhouse was didactic, making a home into a nightmare of female imprisonment, Reflections on Vacancy was more meditative and melancholic. It was more about the loss of home, family and social ties, than it was about gendered entrapment. Hill-Montgomery’s work complicated domestic politics, it asks us to think about the value of home and associated ideas of ownership and security and therefore, also about difference within feminist politics. In this case, the difference between Womanhouse produced by a group of white women students in Los Angeles, and Reflections on Vacancy, by a Black woman in Harlem, New York. In the context of gentrification and political racism, home was something to be defended. Here the Mylar sheets guarded the building like a coat of armour. 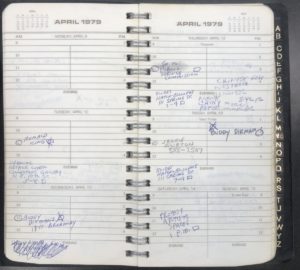 After my encounter with Reflections on Vacancy I began to search for other works by Hill-Montgomery and found them, in reproduction at least, in a number of archives and publications. Hill-Montgomery had a number of exhibitions in New York and Washington DC through the 1970s, 1980s and into the early 1990s. She worked across painting, installation, performance and publication, frequently engaging with issues around race, racism and the cultures of Harlem and Black America. I came to the Rose Library to develop my research on Hill-Montgomery. Although the special collections do not feature her work in a substantive way, the Hatch Billops Collection, as well as Benny Andrews papers give important insight into the context Hill-Montgomery worked in. Generally, I wanted to find out more about Hill-Montgomery’s contemporaries, and to see if she crossed paths with the artists in the orbit of Camille Billops. Specifically, I was interested in finding out more about the Black Emergency Cultural Coalition (BECC), which Andrews was a founding member of, and other anti-racist organising in the artworld in the 1970s that may have influenced Hill-Montgomery’s artistic practice. Andrews’ papers in particular make it clear that for many artists whereas Civil Rights had resulted in more opportunities for Black artists in the 1960s, by the 1970s there was a backlash and fewer artists were being given attention and resources in the New York artworld. This situation prompted: first, more activism and advocacy in the artworld, Benny Andrews’ was a crucial player in this context; second, more grassroots organisations, the Hatch Billops archive and their publication Artist and Influence are exemplar of this, and third a turn towards politically-informed artmaking, of which Hill-Montgomery was an important contributor. 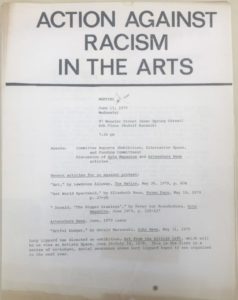 While at the Rose Library I also undertook focused research on the BECC’s protest against the alternative art organisation Artist’s Space in 1979, after they held an exhibition by an artist called Donald Newman titled The N– Drawings. The exhibition solicited a huge response from art historians, artists, critics and curators, some vehemently against a white artist using the term so belligerently, and some in support of artistic freedom. The writer Aruna d’Souza has recently written powerfully about this affair in her book Whitewalling: Art, Racism & Protest in Three Acts (New York: Badlands, 2018). The Emory archives also hold important records of these events, including a collection of the letters sent in protest to the New York State Council on the Arts in the Gylbert Coker papers, and Andrews’ day planners detailing the meetings of the BECC and the run of events around the protests.The archives also reveal that the BECC was much more than an engine for protest and activism, the group also established a programme to teach art in prisons in the early 1970s, developing a means by which to change the artworld’s elitism on a systemic level.

In addition to my research on Hill-Montgomery and the context of anti-racist organising, I also undertook research toward my next book on art and feminist sisterhood. For this project I was able to find records of important Black feminist artists and art groups, including Camille Billops, Faith Ringgold, Howardena Pindell, Lorraine O’Grady and Where We At Black Women Artists Inc.

In the interviews held in the Hatch-Billops oral history archive I was able to learn more about many artists work and lives, and in Billops’ correspondence, to find discussions of working processes as well as much back and forth about slide reproductions. I was interested in these interactions as the slide collection and the documentation of other people’s artworks was a crucial part of Billops’ activism. 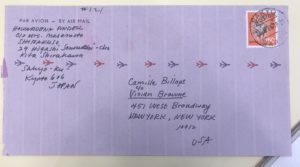 In the letters many artists are extremely thankful for her images, or her requests for slides for the Hatch-Billops archives, but some express frustration that the pair cannot pay. These correspondences are a microcosm for the artworld and its movement and exchange of art, encompassing all the joys and frustrations of work preserved, or labour given for too little. That these interactions happen over slides reveals the extreme economics of the 1970s artworld, namely the lack of resources many Black artists had, not to mention Hatch and Billops themselves, who took on the huge job of caring for and preserving the history of Black culture in the US – a labour that few institutions undertook or supported.

One of my favourite discoveries actually came on my last day when archivist Courtney Chartier offered to show me a slide of Howardena Pindell in her studio from the Hatch Billops Collection. I was excited to see these images as I’m also working with Howardena on an exhibition of her work in the UK next year (Fruitmarket Gallery, Edinburgh 2020 and Kettle’s Yard, Cambridge 2021). The best image is not of Pindell herself but of her cat, resting in the studio among Pindell’s recently completed paintings. Like the letters between Pindell and Billops, which are infrequent unless either one was traveling, this image reveals the life and the relationships behind the process of making art and getting it shown. I’m interested in relationships like this as instances of feminist artistic sisterhood because they hint at the ways in which relationships sustain art practice. The intimacy of this image is testament to the friendship of the two women, which happily encompassed mutual advocacy and cat portraits. 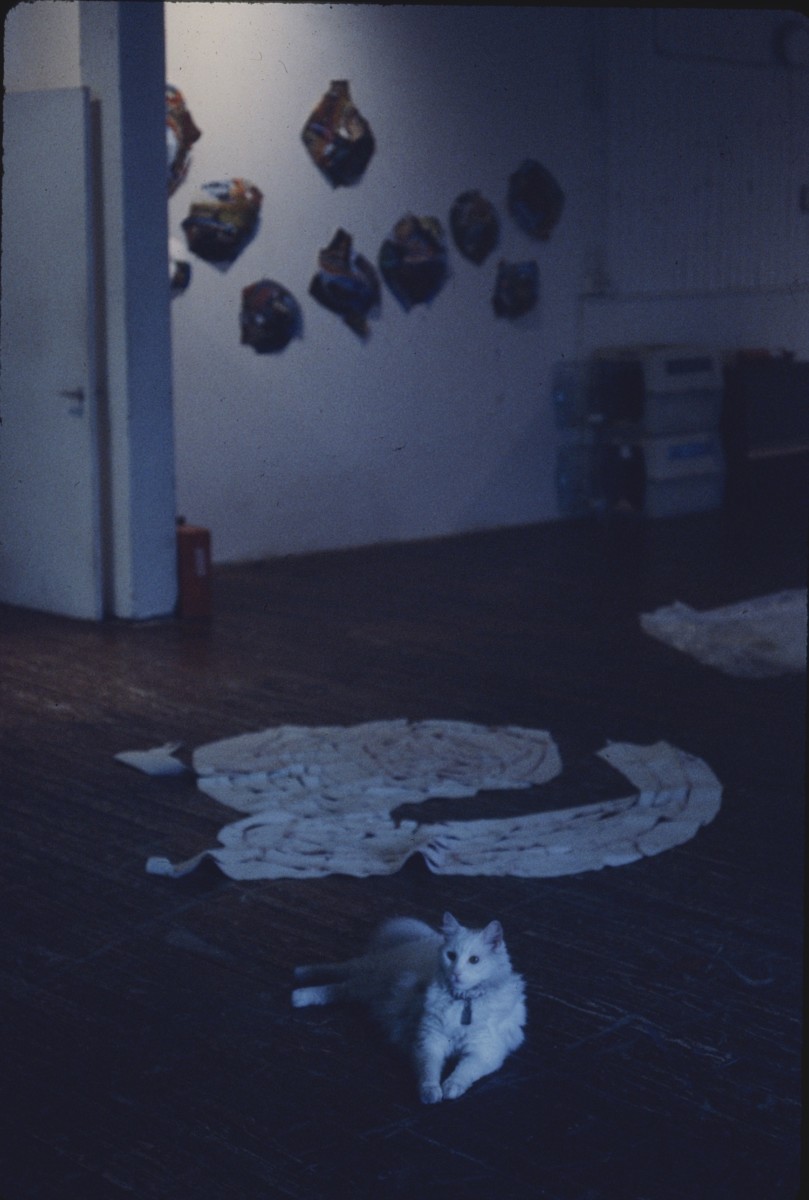