The opening ceremony of the Winter Olympics is upon us. This Friday, Sochi, Russia will display its culture and the athletes of the world, to TV sets everywhere. 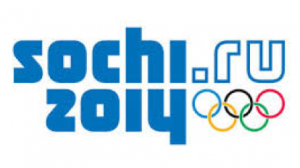 These will not just be any athletes, but the best of the best. Each country will send its top athletes, already national champions, to compete for the top honor of Olympic Champion.

There is more pressure than ever for the sports stars, as now their audience has suddenly grown, not just because of the access from the global stage, but because of the pride and expectations added by each native person taking interest to their country’s representatives for these various events every four years.

One of those expectations is that on top of being super athletes, they are just like you and me, with stories and hardships. Further, it is expected that no enhancement drugs or cheating is done, so we can honor our representatives based on natural talent found in each of our nations.

A moment of analogy which showed just how important “real” people are to the audience occurred during the ceremony of the Beijing Olympics. A beautiful little girl sang in the enormous stadium, angelic and magical, with perfect live sound. However, there was tremendous outrage by the media and public when it was revealed that the girl was not in fact singing herself, and was selected for her preferred cute looks, while the true little girl singing was hidden backstage somewhere, only her voice being admired.

This speaks to our human nature of admiring those who have it all- “beauty and brains” or “a triple threat”.  However, we hate just as much when we are decieved, or learn that they in fact are not like that naturally. Such scandals are coupled with dissapointment that comes with realizing such things are not possible without cheating of some form. We are offended by this branch of injustice. According to the ethical stance of the philosopher Kant, decieving someone (lying to someone) is a way of using the decieved as a means, not as a person. To Kant, the only thing good in and of itself is a good will. This is something that does not depend on the good it brings out, or consequence. It follows that instead of an outcome, we must focus on the intention of performing an act to decide whether or not it is moral.

However, intention is hard to gage as individuals cannot ever truly reveal what they were thinking on the inside, with the full trust of others. Also, everyone will have their own views on which intentions are good. One may think that money is a great motivator while the other disagrees.

While this is a larger problem in ethics, a troubling hint of glossing over the true problem arises in Sandel’s article, “The Case Against Perfection”. Multiple times he argues that enhancement should not be an issue if everyone has access. However, it is very unlikely that equal access would ever be a real thing. Even the most basic needs, such as food and water, are not equally accessible to all humans on our planet today. It is immature of the author to gloss over inequality as a reason that would actually be a problem in attaining perfection. In fact, I believe it is the very reason that should be talked about by ethicists as it could be the strongest realistic case against enhancement.

I believe that a better thesis and prompt for this author is found in the middle of his text, which states, “Under restrictions…do any ethical issues remain that should give us pause?” In this case, he can better support the negative  by using his points of availability and safety. This stretches to affirm good intentions in such  controlled manners, but an even deeper feeling of uneasiness remains. In the case of athletes, if every single olympic competitor was given access to cheat, it could be fair under Sandel’s quick premise,  but definitely unjust to those deceived in actuality. It would be unjust to the audience and kids dreaming to hone their skills, and achieve similar accomplishments on their own.