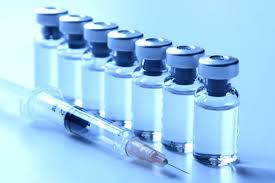 L.O Gostin is justified in saying that the current public health laws have two very important issues that need to be changed. I believe that these changes need to be made in order to offer all patients and even health care providers with their autonomy and a fair and just healthcare experience. The two changes Gostin suggested include adjusting the low amount of power that is not able to deal with the many health threats and risks. Also, Gostin suggests having clear rules and fair procedures to make decisions.

It is difficult to implement changes in the realm of health if the amount of power given is not adequate. Another question to consider is who should be given the power? Gostin discusses the division between state and law. The state holds more power in the realm of public health because public health issues can vary between states. The state tends to hold more power also because many of the powers that are required for public health legislation, such as police, inspection, quarantine etc. are already held by state officials and can differ drastically between states. Regardless of this, however, the federal government also has power in public health; for example the response to health risks that can affect many states at a time. This discussion in amount of power required for public health decisions can also be compared to public health issues in hospitals. The powerful debate lies between the importance of personal libertarianism versus the health of the public and the community.

Recently at Princeton University, there was an outbreak of meningitis B which has caused the death of some students. In fact, a student from Drexel who was in close contact with Princeton students died after being ill for approximately one week. To prevent the spread of this deadly meningitis disease, a high percentage of Princeton students were given a meningitis vaccine. This vaccine, however is not approved for use in the United States. The CDC and the FDA did allow the drug to be used. Through two doses of the vaccine will most likely protect the patient, the patient may still be able to spread the disease through close contact with others.

Considering the two issues that Gostin points out in his discussion of public health, one can question the morality in the decision of the CDC and FDA to make some students take the unlicensed vaccine. Was it the right decision? Was their level of power used in this situation used correctly? Did the students have a right to choose to take the vaccine or not? Such questions demonstrate that the amount of power given by some institutions is extremely confusing with regards to public health. There is ambiguity in the amount of power the FDA and CDC have, and the amount of autonomy the students SHOULD have. Did the students know this vaccine was not a drug that was approved for use in the US? The fact that this drug was only approved in 3 countries—Canada, Australia, and Europe, show that there are some risks of this drug that US health administrations were still discussing.

As Gostin pointed out, another issue is that public health statues do not give clear standards or indicate how decisions should be approached to ensure they are fair. Was it fair to give a vaccine that was not approved for US use, in the hopes of preventing other deaths, but simultaneously risking the infection of other students and also risking the life of the person receiving the vaccine? Has this happened before, and were the same decisions made? Will it happen again, and the same decision will be made? Probably not, because each situation varies so that different questions need to be asked and different ideas and issues need to be discussed. As Gostin indicates, these issues cause public health laws to be difficult to understand and difficult to implement.

8 thoughts on “The ambiguity of Public Health Laws”