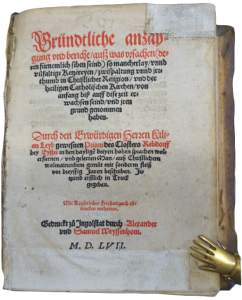 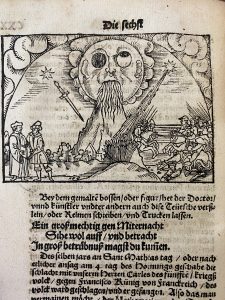 Pitts recently added a number of interesting volumes to its world-renowned Richard C. Kessler Reformation Collection, including two works that have a curious connection to the Augustinian monastery Rebdorf in Eichstädt (Bavaria). The first is an anti-Lutheran tract by Kilian Leib who served as prior of the monastery for half of the 16th century (1503 to 1553). Like Luther, Kilian Leib was an Augustinian humanist, but became fierce defender of Catholic doctrine. In 1530 he participated in drafting the Confutatio Augustana, a Catholic response to the Augsburg Confession. In the book recently acquired by the Pitts, Leib outlines 7 causes for the Lutheran heresy, which include among others an unfavorable constellation of the stars, ordained by God to punish humanity.

The Kessler Collection also added a 1497 printing of Jerome’s commentaries on the Old Testament prophets that was once held by the library of Rebdorf monastery, as attested by an inscription in an old hand on the title page and blind stamp on the binding of the front cover with the name Rebdorf. It is not certain that the Jerome commentary was in the monastery’s possession during Kilian Leib’s tenure as prior, but we know that Leib was responsible for building up the holdings of the monastery’s library. The monastery itself was secularized in 1806 and became first as a prison for forced labor, then as a high school before being purchased by the Missionaries of the Sacred Heart in the mid-20th century. It now serves as a monastery and boarding school, but much of its library has been scattered throughout various collections around the world. 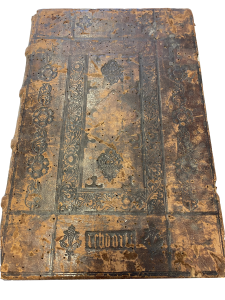 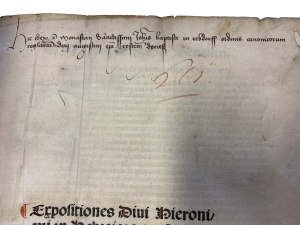