This week we are going to explore the advent of sound in film, and the explosion of Surrealism and the Second Republic as agents of parts of the cultural production of literature and cinema in Spain during the latter 20s and early 30s. Andrés Zamora’s article “Violence (Spanish Eyes) will help us understand the role that violence plays in this period of cultural development, while Pavlovic, Zambrano, and Jiménez will help us see how dreams, demons, nightmares, returns, and remembrances play critical roles in such development. 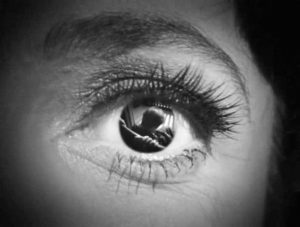 With Pablo Berger’s Blancanieves/Snow White we will see these demons, memories, violence, and eyes gazing around even in 2012, after it was all said and done.  Technically.