The impact of the Korean War in the United States itself is not highly obvious, especially sixty-plus years after the war occurred and caused the split between North Korea and South Korea. This is a common thread seen in much American interference in other countries. However, some of the apparent remnants of the war in Korea were new structures of economy, as well as race, ethnicity and national identity as a direct result of the coexistence of American soldiers and native Koreans. These liaisons between these two different, yet related demographics of people was a catalyst for a redefinition of Afro-Asian relations in the second half of the 20th century. At the center of these relations were a generation of Black Amerasians caught in a cycle of poverty, orphanhood, sex work and other struggles due to their mixed identities. My research centers the marginalization of the people in this group within Korean culture, as well as the invisibility of Black Korean adoptees (particularly those adopted by African-Americans in the US) within American adoption narratives.

Afro-Asian culture in literature has existed since the early 1900s with writings that explored a hypothetically diverse Korean national identity that contrasted Chosun-era ideals of ethnonationalism. These writings, particularly that of Sankkul who wrote the first Black-Korean character alongside various other “mixed-blood” characters in the literature in “Teugi”, considered the existence of mixed Koreans as a question of what it meant to be truly Korean, even before colonization. On one hand, the backdrop of the Korean war also influenced further literary takes on Afro-Asian identity in Korea with films and stories in the 1950s that dramatized not only the struggles of young Amerasians who felt excluded from mainstream Korean society, but the ostracization many of their mothers faced for laying with black American GIs in novels like “Taeyang-ui yusan”. On the other hand, Black Amerasians are made almost invisible in the non-fiction canon, as there are gaps in the research surrounding the real narratives of Black koreans even in the genres that focus on the marginalized groups that Black Koreans lie within, such mixed Korean Amerasians and adoptees/orphans.

The creation of real Black Amerasian identity originated in the dawn of the Korean War as Black American GIs often settled down temporarily in the camptowns and begin to dabble in the wiles of soldier life, particularly the availability of Korean women (known as kiijchon in the Korean slang) as objects of sexual gratification due to the promotion of prostitution as a tool for tourism by the Korean government. By 1970, sex work in camptowns was a booming industry, with eight million dollars brought in annually by the kiijchon women. A lot of this revenue came from African-American GIs, who, despite their newfound financial and social freedom, still felt subject to racism even from the sex workers and demanded to be treated the same because “the money was just as green” (Lee, 2015). However, another unfortunate result of this was thousands of children born into abject poverty and bad living conditions only to be left behind by fathers who often had families back home or were never to be found again. 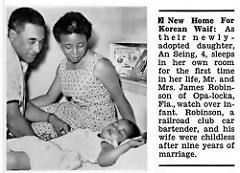 Figure 1. A clipping in Jet Magazine from 1958 shows a Black family who adopted one of the so-called “Korean waif” biracial babies.

Thus, a new racial identity is created as well as a new socioeconomic subclass. Black Amerasians have long been delegated to the background, with a noted gap in education, economic stability and employment between “full” Koreans and Amerasians, even with many not being truly different from Koreans other than a racial identity they have little cultural ties to. In the mid 20th century, many publications catered towards middle class African Americans introduced the Black-Korean children left behind in the spoils of war as “brown babies” willing and ready to be adopted and taken out of a society that did not accept who they were. Nonetheless, the bulk of Black-Korean orphans were unadopted to the United States because frankly, in the heat of the Civil Rights Era, many African-American families were not financially stable enough to adopt. Those were adopted felt their otherness targeted at the cost of their Asian identity especially when growing up in Black spaces. As evident, the affirmation of both sides of the Black war babies’ identities still remains an enigma in the field of Afro-Asian relations, with questions to be asked of both ethnicities. 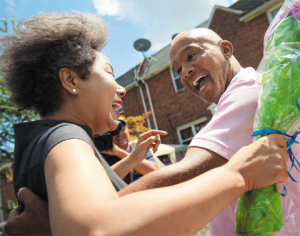 Figure 2. An image of famous Black-Korean singer Insooni reuniting with one of the Black American GIs that gave her mentorship living in a post-war camptown, 2011.

For further information particularly from the perspective of an Black-Korean adoptee into middle class Black America, see reference: The Story of a Korean War Baby