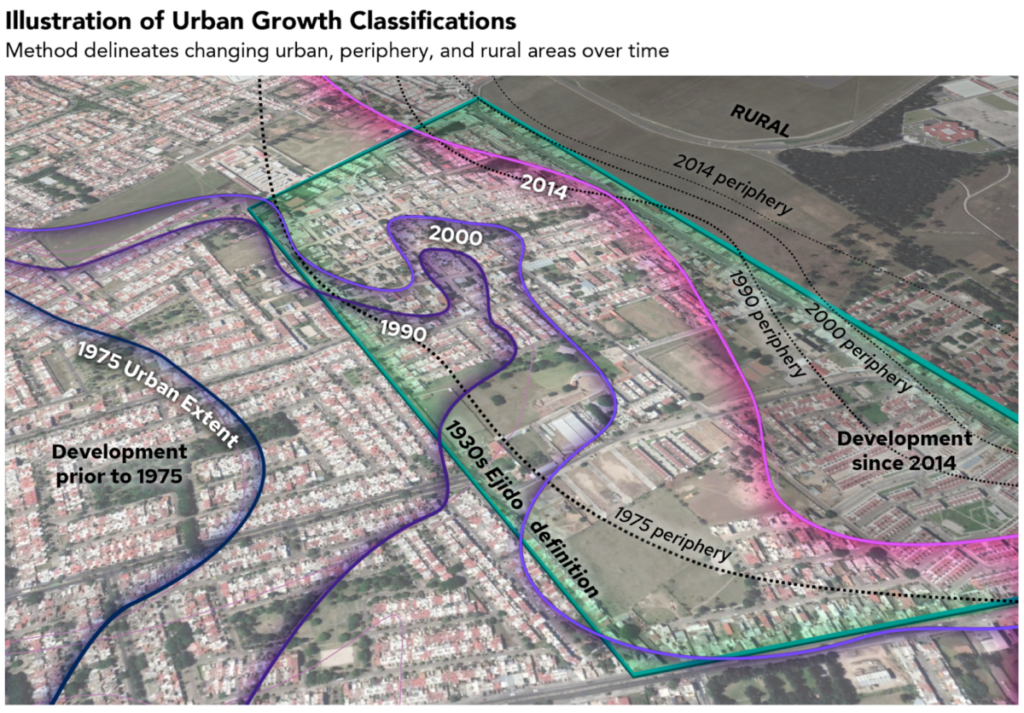 In the past century, Latin America transformed from a largely rural pattern of settlement into one of the world’s most urbanized regions.  The process of urbanization has been especially rapid since the 1950s.  Rapid urbanization has generated stress on urban environments and infrastructure, including the growth of what have been termed “informal” settlements on the periphery of cities.  At the same time, the growth of cities has often taken place in a broader environment marked by periodic and deepening rural crises.  Indeed, the distinction between city and country, city folk and rural folk, has been blurred by massive shifts in population and related shifts in economic and social life.  This talk addresses the pace and location of these changes, as well as assessing the qualitative features of urban growth at the margins, through the analysis of case studies in Mexico and Colombia.  The focus is on the period since 1970 and the method includes the use of satellite data (urban extents) and Google Street View images (qualitative assessment of the built environment).  The results of this research suggest that urban growth in Mexico has been complicated by the presence of ambiguously titled ejido lands ringing major cities.  In Colombia, our analysis reveals the surprising importance of smaller urban areas in the overall pattern of urban growth in a context of rural violence and displacement.