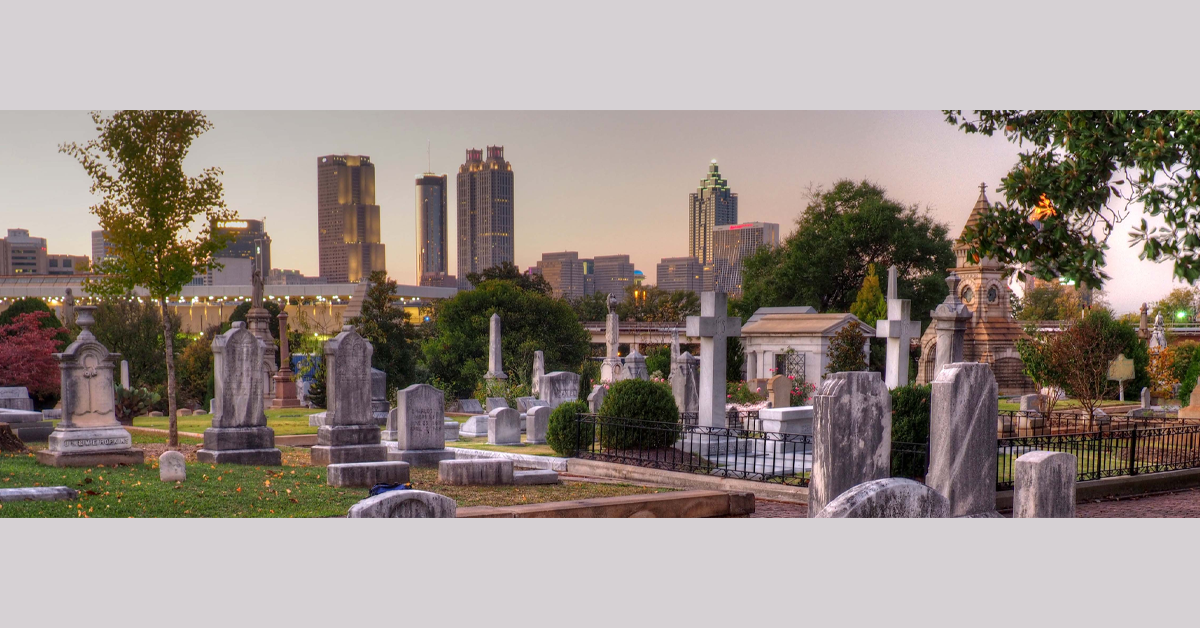 Oakland Cemetery is a microcosm of Atlanta history. Examining the lives of individuals buried at the downtown site provides a window onto the families, institutions, and social forces that have shaped Georgia’s capital since the cemetery opened in 1850.

There are some well-known individuals buried at Oakland — author Margaret Mitchell, Mayor Maynard Jackson, golfer Bobby Jones — but most present-day Atlantans probably wouldn’t recognize the vast majority of names of the more than 70,000 people buried there.

Seeking new ways to extend its educational outreach, the nonprofit Historic Oakland Foundation has partnered with the Emory Center for Digital Scholarship (ECDS) to create a prototype for an interactive online exhibition.

The new website focuses on the veterans’ lives to help illuminate public understanding of the war and the interconnected histories of Oakland Cemetery and Atlanta. The website’s February launch coincides with the 100th anniversary of U.S. involvement in the Great War  as well as this year’s Black History Month theme, “African Americans in Times of War.”

ECDS, which managed the creative and technical dimensions of building the site, tapped the expertise of two historians to provide the scholarly context:

The project represents a new partnership for ECDS and the latest initiative of the Historic Oakland Foundation to interpret and share the history housed within the cemetery’s grounds.