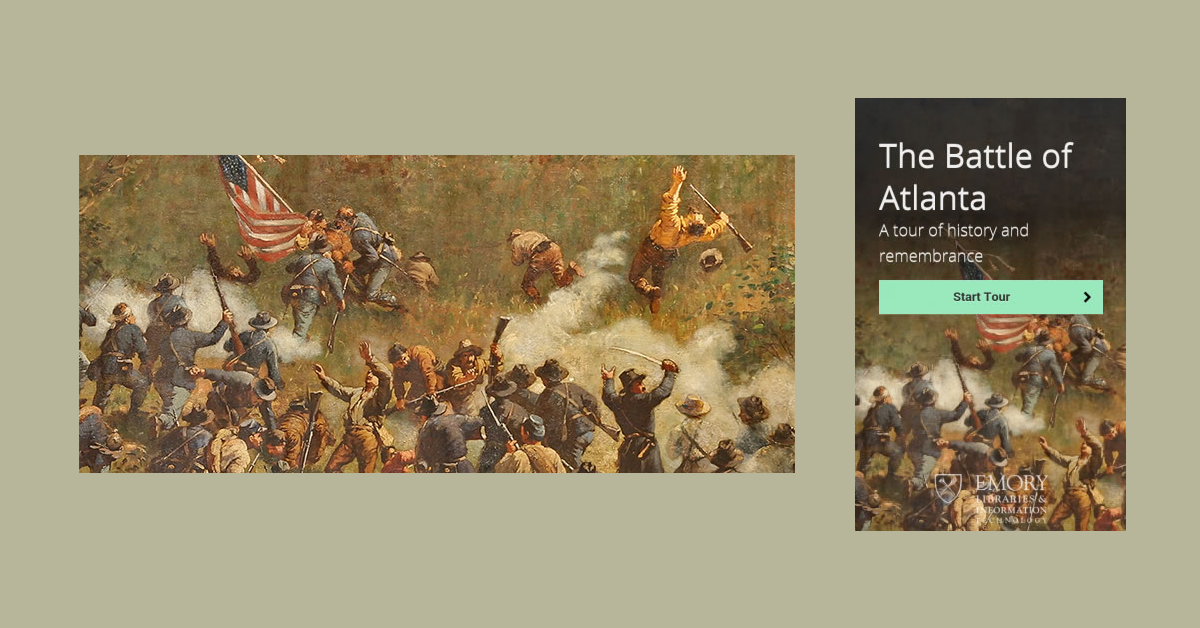 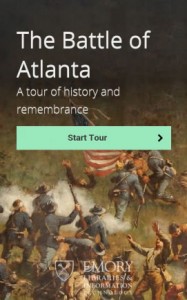 Emory University’s Robert W. Woodruff Library continues to celebrate the launch of the Battle of Atlanta mobile tour website and commemorate the 150th anniversary of the Battle with a presentation and exhibit of materials on Thursday, July 17, at 6:30 p.m. in the Jones Room at the library.

This event is open to the public. The exhibit outside the Emory Center for Digital Scholarship (ECDS) will be in place through October 2014.

You can also read about the launch event in this previous blog post.

The project was previously announced in this blog post.