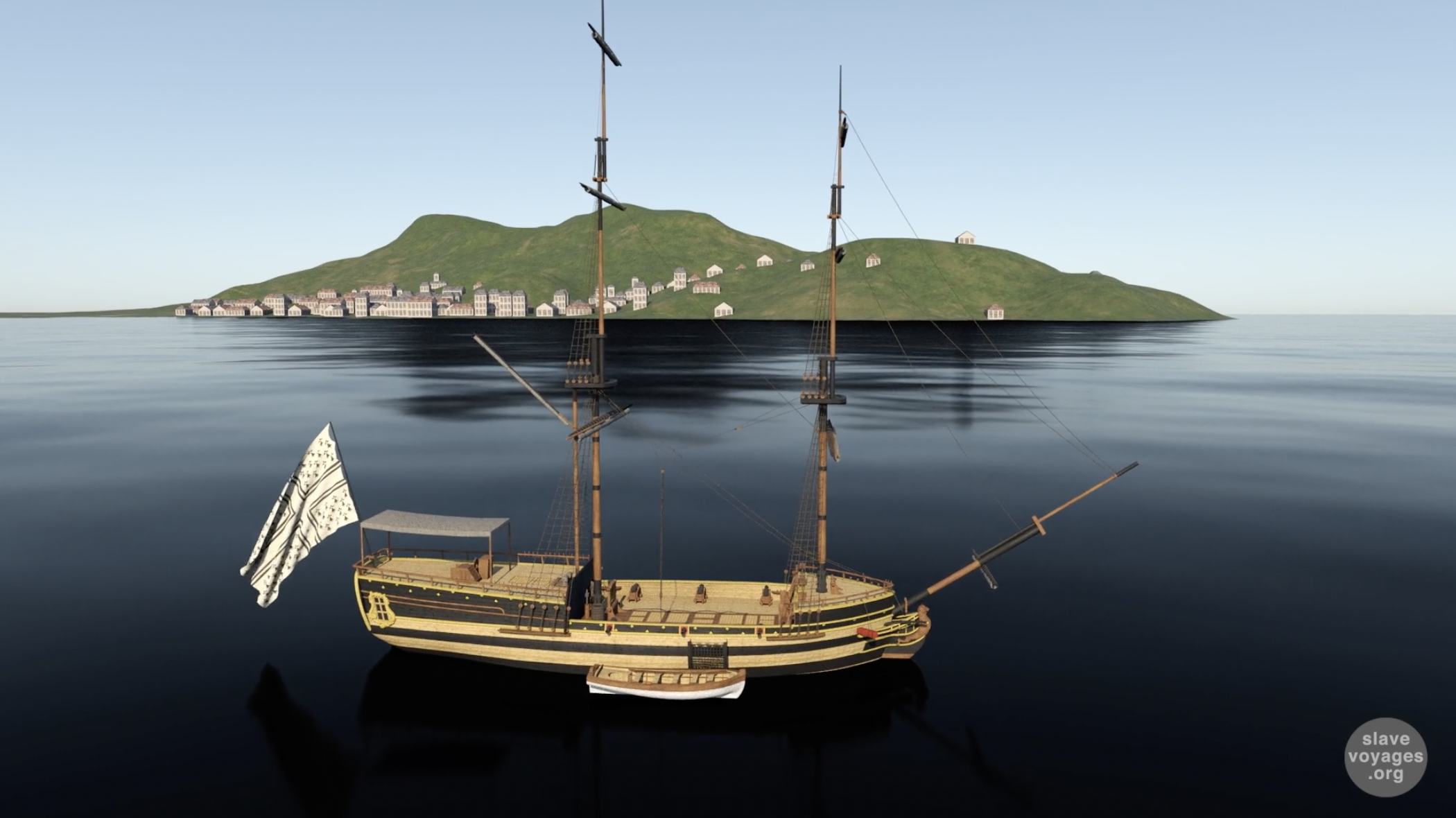 Southern Spaces – a journal about real and imagined spaces and places of the US South and their global connections – recently featured a short documentary produced by ECDS’s Steve Bransford on the process of creating a 3-D model of the Marie-Séraphique. The documentary features the international team of scholars and visual artists who created the 3-D model in conjunction with the Emory Center for Digital Scholarship. The Marie-Séraphique was a Trans-Atlantic ship active in the trade of enslaved persons from 1769 to 1774. 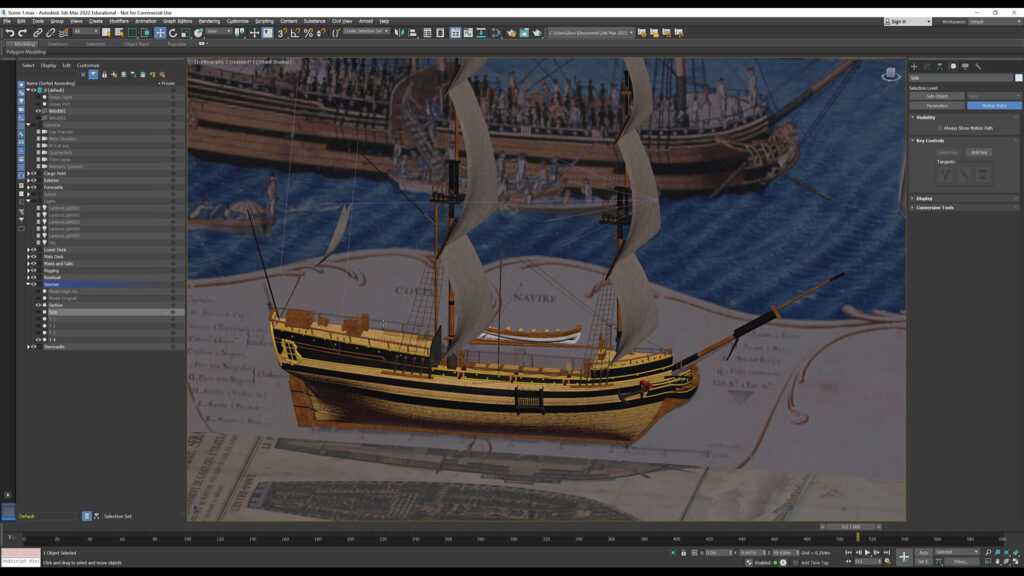 The reconstruction of the Marie-Séraphique relied on surviving illustrations and details from historical texts. This depiction offers insight into the making of such vessels, and their design for conveyance, surveillance, and control. But it is important to remember that any model will fail to convey the horror and violence endured by the captives onboard. “The modeling finally allows the public to better understand the entire configuration and layout of the slave ship with the aim to perhaps become more deeply involved in a sensitive and painful history,” says Bertrand Guillet, director at the Nantes History Museum in France and a key contributor to the Marie-Séraphique 3D model project.

By creating visualizations, researchers can cater to a much broader audience than just those who have been able to read the historical records, according to Nafees Khan, the Curriculum Development Advisor for the Slave Voyages project. Khan further highlights the value of visualizations, stating:

“It is really important to have visualizations, in part because they’re able to bring in people and      audiences from students and classrooms to scholars, genealogists, a whole host of people, a very broad audience, into asking new questions about this experience around specifically the Trans-Atlantic slave trade and the human element of what was endured.”

“The visualization of the Marie-Séraphique was truly a collaborative effort across the technical team, the historical scholars, in making sure that what the historical records show and say is depicted in a way that is both visually appealing and accurate,” according to Khan. The team that created the 3-D model of the Marie-Séraphique, and the 3-D model of another ship – the Aurore – before it, included historians in England and Canada, technical experts in Atlanta at the Emory Center for Digital Scholarship, and the staff at the Nantes History Museum in France. 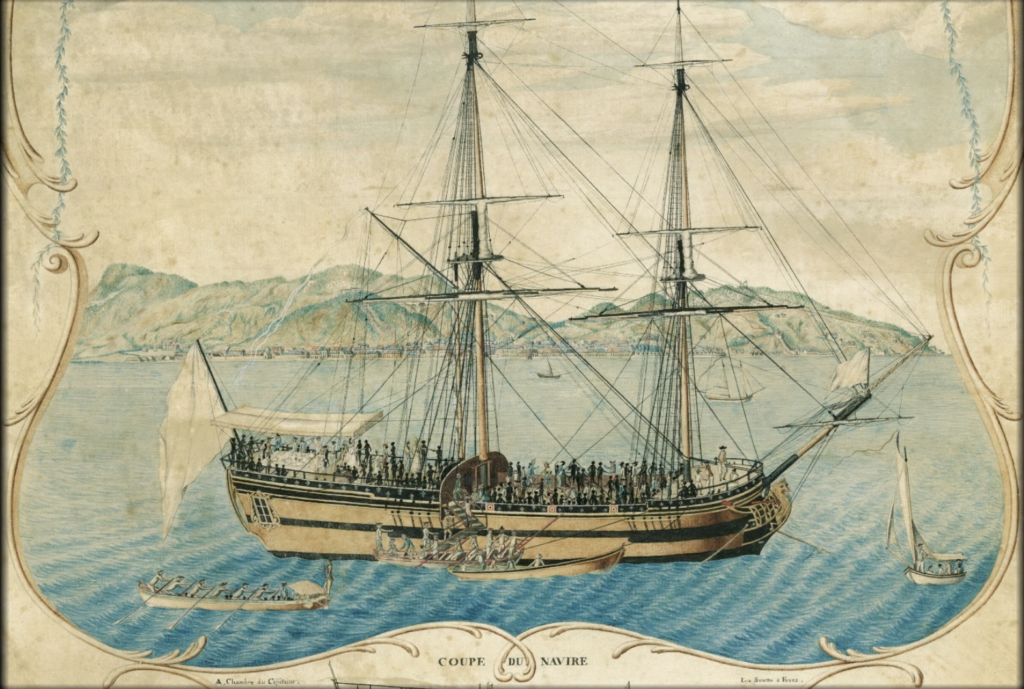 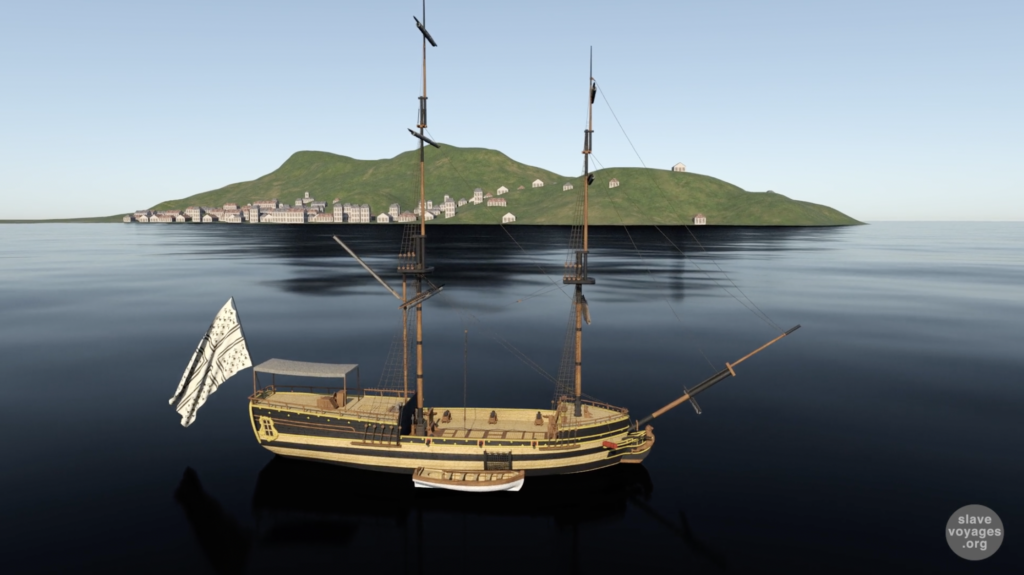 In the documentary, Jane Webster, a Senior Lecturer in Historical Archaeology at Newcastle University in the U.K., explains why the surviving illustrations of the Marie-Seraphique make it such a unique ship in the historiography of the slave trade:

“So, the Marie-Séraphique is very representative of the European slave trade at its height. And it was sailing from one of the most prolific slave trading ports in Europe as well – that’s Nantes. And the slave trade has been running then for hundreds of years, but it’s not really until the sort of 1780s that you start to see a lot of people writing about their experiences onboard slave ships, most all of them white of course. For Britain, we have a whole series of Parliamentary inquiries into the slave trade that were carried out through the 1780s and early 1790s. So, we have nothing though for Britain that is quite like the images that we have of the Marie-Séraphique.”

To see the documentary and learn more about the process of creating this insightful 3-D model of the Marie-Seraphique, please visit the Southern Spaces article and documentary here.