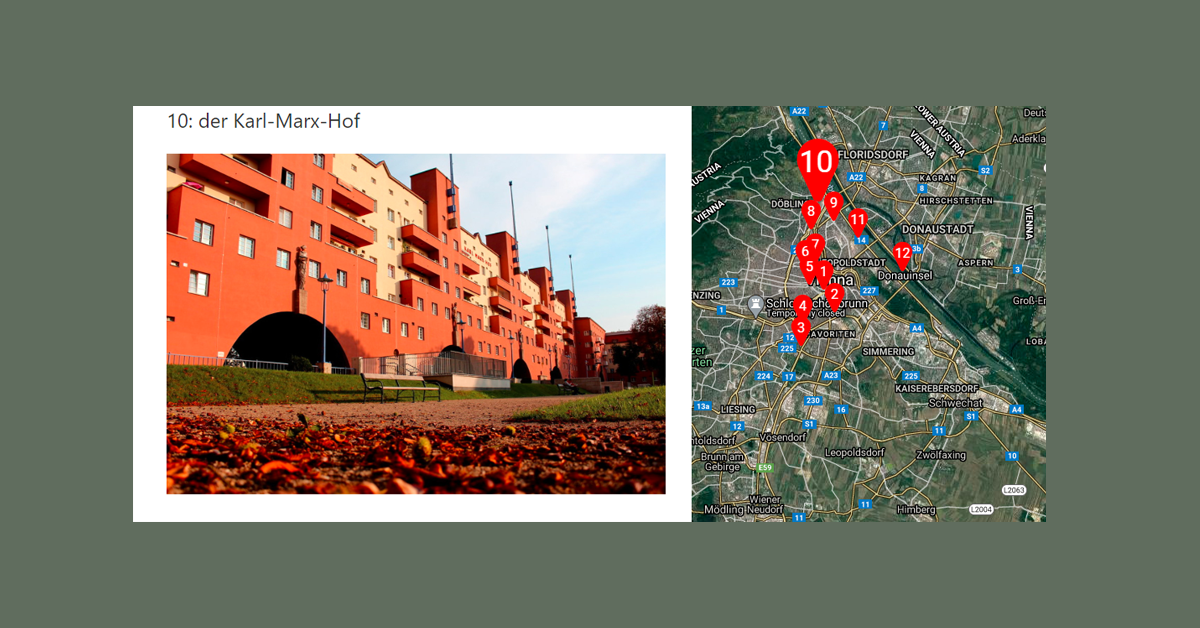 For the past 46 years, Emory University undergraduates have participated in the German Studies Department’s summer study abroad program in Vienna, Austria. Located in one of Europe’s great capital cities, the program offers intensive study of the German language and Austrian culture, homestays with Austrian families, and a range of excursions and activities to explore the city’s and country’s rich and complicated history. One of the central features of the courses offered in the program is close engagement with specific features of the city. In past years, for example, students have investigated multicultural Vienna, Vienna’s iconic Ringstraße, uncanny Vienna, and Beethoven’s Vienna.

In one of the courses taught by Professor Hiram Maxim this past summer, students examined the institutions, policies, and programs that explain to some degree the high quality of life in the city. The impetus for the course was Vienna’s consistently high ranking in several surveys conducted over the past few years for measuring a city’s quality of life. In one study conducted by Mercer Consulting, Vienna has been rated the most livable city in the world for ten years in a row.

In addition to readings and visits to sites that contribute to Vienna’s quality of life, students used the app OpenTour Builder developed by the Emory Center for Digital Scholarship (ECDS) to create an interactive mobile tour of 12 locations that highlight the city’s livability. Stops on the tour include a public housing project built in the 1920s to demonstrate the city’s effective integration of public housing into its urban fabric, a home for asylum seekers that offers housing, legal services, language courses, and continuing education, and a fruit orchard in the middle of the city open and available to the Viennese.

This marks the second time that the Emory’s summer program in Vienna has used the app to have students interact with the city. Using an earlier version of the app in 2015, students developed individual tours of particular aspects of the city that they wanted to showcase (e.g., Vienna’s coffeehouses, Franz Schubert’s Vienna). In both instances, the idea was to provide language learners with a purposeful activity for engaging with the city, and with the inclusion of a comment feature at the end of both tours, students are able to receive feedback on their work from tourists, residents, and fellow students. Thanks to the work and support from ECDS, the tours were a linguistic and cultural success.