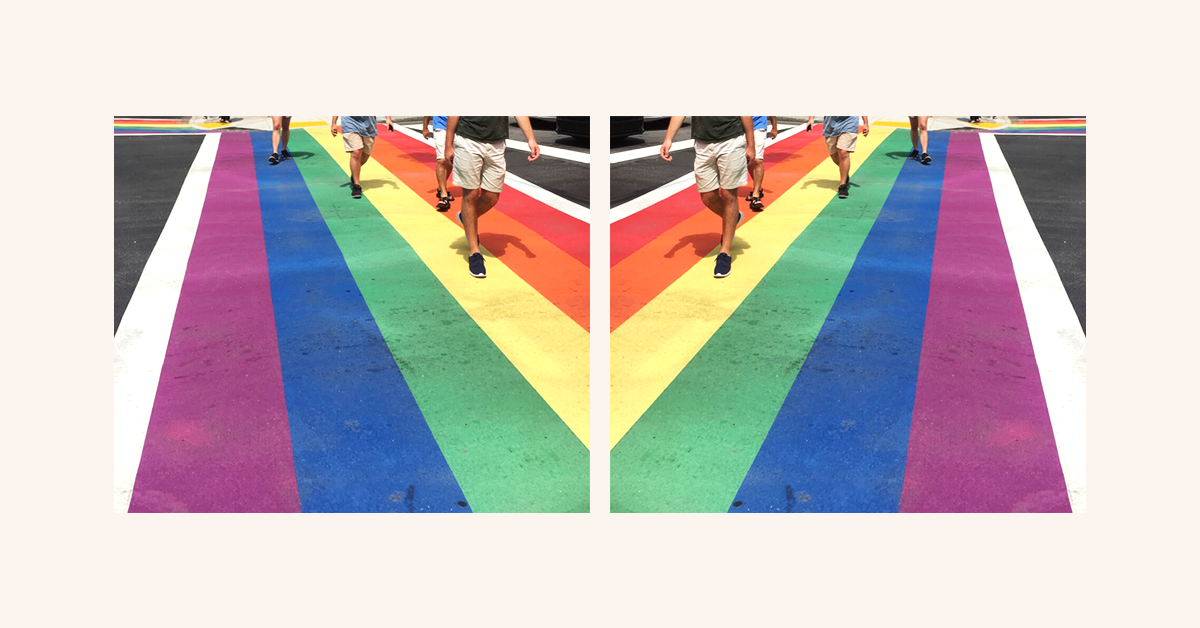 This Pride Month, June 2020, marks the one-year publication anniversary of the “Queer Intersections / Southern Spaces” series. Southern Spaces is a peer-reviewed, multimedia, open-access journal—published by the Emory Center for Digital Scholarship (ECDS)—that explores the regions, places, and cultures of the U.S. South and their global connections. This ongoing collection of publications explores, troubles, and traverses intersections of queer experiences, past, present, and future. From a variety of perspectives, and with an emphasis upon the U.S. South, the series—edited by Eric Solomon (Visiting Assistant Professor of English and American Studies at Emory University’s Oxford College)—offers critical analysis of LGBTQIA+ people, practices, spaces, and places.

The original Call for Submissions for the series provided a definition of queer and a background for what the publications help convey and enable in terms of diverse and inclusive thinking. In a 2013 short manifesto, “Stomp for the Shadows,” filmmaker Pratibha Parmar defined the word QUEER via an acronym: Queer, Unspoken, Embolden, Erased, Reclaimed. In Parmar’s radical formulation of the category “queer,” the term becomes less a concrete noun denoting states of being, in which gathered under the umbrella of “queer” are LGBTQIA+, and more a verb of doing: speaking or not speaking, emboldening or not emboldening, erasing or making visible, reclaiming or failing to claim, and finally queering or not queering. In this way, to queer—as a verb—is to exist as subjects in the space of choice between doing and not doing. This shift of meaning begets the following critical questions: To queer what? Where? When? What do, or should, we queer and why?

The “Queer Intersections / Southern Spaces” series has therefore collected submissions from scholars, activists, and artists who stand in this intersectional space and raise these critical questions. Featuring works such as Michael Bibler’s article “The Podcast and the Police S‑Town and the Narrative Form of Southern Queerness,” John Howard’s interview “The Joneses: Home Made in Mississippi,” and “Black. Queer. Southern. Women.,” a conversation between Sharon Bridgforth and E. Patrick Johnson, the series asks scholars and artists to consider what ways of being and doing (real and imagined) exist at the intersections of LGBTQ+ identity within locations across southern spaces and the Global South.

Series editor Eric Solomon writes that his aim has been to “create space, inviting submissions from scholars, activists, and artists who understand ‘queer’ as a multi-issue, intersectional, and interdisciplinary analytic frame that travels within and beyond southern spaces and across a spectrum of lived experiences real and imagined. […] This 2020 Pride Month’s solidarity between the movement for Black lives and LGBTQ+ groups reminds us that the intersectional and multi-issue struggle continues. The road and the fight goes on.”

Solomon explains that many of the pieces published thus far in the series understand and describe aspects of this ongoing struggle. The first published piece, E. Patrick Johnson’s conversation with Sharon Bridgforth reminds us of the importance of the “will to tell” as a form of resilience for the struggle of “Black. Queer. Southern. Women.” Johnson states, “They survived or were resilient because they weren’t silent.” Jaime Harker’s excerpt from The Lesbian South invites us to look deliberately at “how effectively … southern space made inequity seem natural” despite the numerous lesbian groups who reconfigured southern spaces in creating “intentional communities in the South.” John Howard’s Men Like That twentieth anniversary presentation highlights the tenacity of Aaron Henry, who despite being “arrested as many as four times on sex-related charges with men” in Mississippi continued “to be reelected to the state’s highest black office for thirty-three consecutive one-year terms.”

Howard also spoke with Southern Spaces in his capacity as producer of the documentary The Joneses, both an intimate portrait of family matriarch Jheri Jones and a reflection on the ongoing “structural, systemic oppression of LGBTQIA+ people” in Mississippi, which include instances of “intimidation, violence, and employment discrimination.”

The series also features Eric Solomon’s interview with Julio Capó Jr., whose scholarly and curatorial work on Queer Miami reminds us that “queer histories have historically been rooted and entangled with—in nuanced and checkered ways—anti-Black violence.” Finally, in the most recent piece for the series, Michael Bibler challenges the popular podcast S-Town, arguing that the podcast’s central figure John B. McLemore “resists any easy classification or commodification and shows us, instead, the real precarity and messiness of what it means to be human, as well as queer and southern, in the twenty-first century.”

To explore “Queer Intersections” and stay up to date with new installments, visit the series page here, follow Southern Spaces on Facebook or Twitter, or subscribe to the journal’s monthly emails; please also feel free to share the series among your friends, colleagues, and other networks.